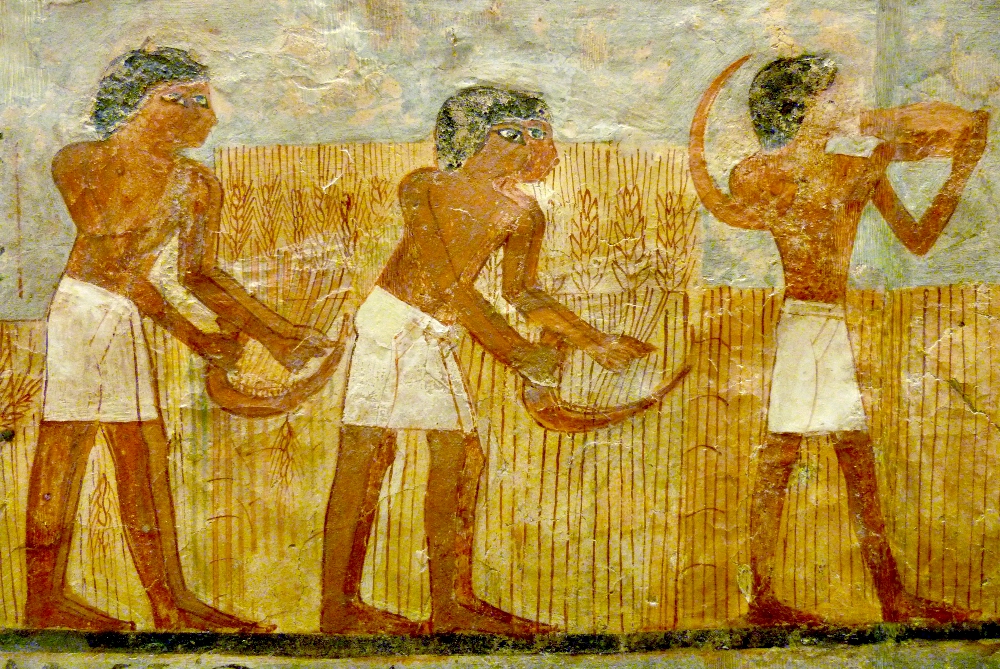 Detail from a mural in the tomb of Unsu, a grain accountant in Egypt, circa 1550-1069 B.C. (Wikimedia Commons/Siren-Com)

Pharaoh got scared. He was warned in two dreams about a coming period of scarcity, and then called upon Joseph to develop a plan. Joseph, the son of Jacob, ended up storing 20 percent of the crops gathered in the fat, abundant years for the lean famine years.

The whole story in Genesis 41 would make a good basis for economic policy in these days of environmental doom and gloom. It also makes for a good spiritual policy. Preparing for the lean while fat is a personal sustainability policy, as well as a public one.

So often, our practices become sacred cows — and we do them with a grimace on our face and an ache in our back, trudging along with our yoga mat to class or staring at something that looks like food, imagining it is good for us.

Eight years ago, I wrote a book called Sacred Chow: Some Holy Ways to Eat. I have finally realized that I like the book enough to revisit it with you, in some ways out of a spiritual and public desperation: Why does my own table look so fat while I have so many bad dreams about it not always being so? Why does my own table compare so badly with the empty ones of others?

In one way, "sacred chow" is helping Pharaoh out. It is not a sacred cow or even a discipline. Rather, it is being Joseph to the Pharaoh within you and outside of you. What does that mean, you might be asking? It means that we all have inner fears and an inner capacity to interpret those fears. We can be our own soothsayers.

Sacred chow is also eating in a sustainable way on four levels all at once: biologically, spiritually, politically and aesthetically. Many actually define sustainability by its simultaneous presence on many levels; sustainability links one action to another, in the opposite way that scientific method disperses them and keeps connections invisible.

Sustainability also links us to ancient traditions of earth and agriculture, food and ritual. It takes the flat out of the moment and makes time dense, at the very tables of our ordinary life. Sacred chow seasons our food, like Joseph seasoned 14 years (seven of bountiful harvest and seven of famine) and made them all sustainable.

I often have peasant envy when I think of Joseph. By peasant envy, I mean the unnecessary way that modern-day people accept detachment from the land and earth and the ritual of table, as though we were condemned to "unseasoned" food — in both senses of the word — that comes from packages instead of soil.

Back in biblical times, Joseph could manage the crops for his tribe. Today, within a global economy, I realize I have to manage my tribe and myself differently. I don't have as much control over my local or my locale as he did. 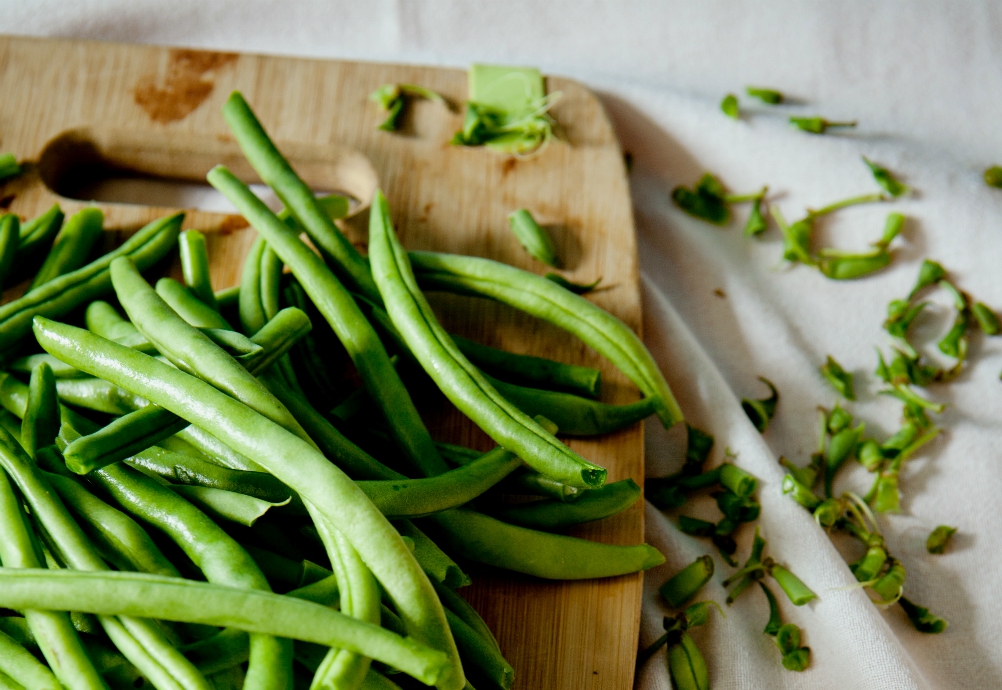 But we don't have to give up peasant ways to live in the 21st century. Connection to earth and ritual joy at tables can be ours, too. Without these connections, we have agreed to be unsustainable people — an agreement that comes at great peril to ourselves and to the earth.

Sustainability also recognizes the hidden costs of the hidden economy on our bodies and souls. Sacred chow is simultaneous consciousness about food for our self and food for the "other," particularly those who grow, produce and sell our food. It is beautiful eating in such a way that the joy of being well-fed extends to a larger portion of the world. My constant public prayer, when asked to say a blessing at table, is to say, "May everyone one day eat as well as we will tonight."

I echo Jesus' feeding of the 5,000, Moses' people finding manna in the morning, and the feast that ends each day of Ramadan. We eat well eucharistically and eschatologically. Peasants understand these rituals and redundancies, in that their depth makes the soul alive, their absence flattens it.

Many assume sacred chow is either for people with gourmet incomes or people without politics. "Foodies" are widely both praised and mocked. The praise is apt; the mockery is not.

What are three things that allow you to become a Joseph to your inner Pharaoh when it comes to managing your own fears with confidence and making a plan?

Another is enjoying food. Eating to enjoy is quite different than eating to fuel: The more beautiful your plate, the less you will eat. Eating less is a way to season our food. Is there a coming time of scarcity? Perhaps not in the U.S., but that time is already here for many in the global economy. Remembering that others don't have enough food will keep our plates beautiful and seasonally thin.

A third and final way is saying a prayer at meals. It's really quite simple, and alerts your inner Joseph to your inner Pharaoh. It says "thank you" for this food in this season here and now.

Will there be lean years? Unfortunately, yes. But we can prepare for them now by becoming more conscious about our food.

Editor's note: Want to keep up on the latest environmental coverage? Sign up here for the weekly Eco Catholic newsletter.