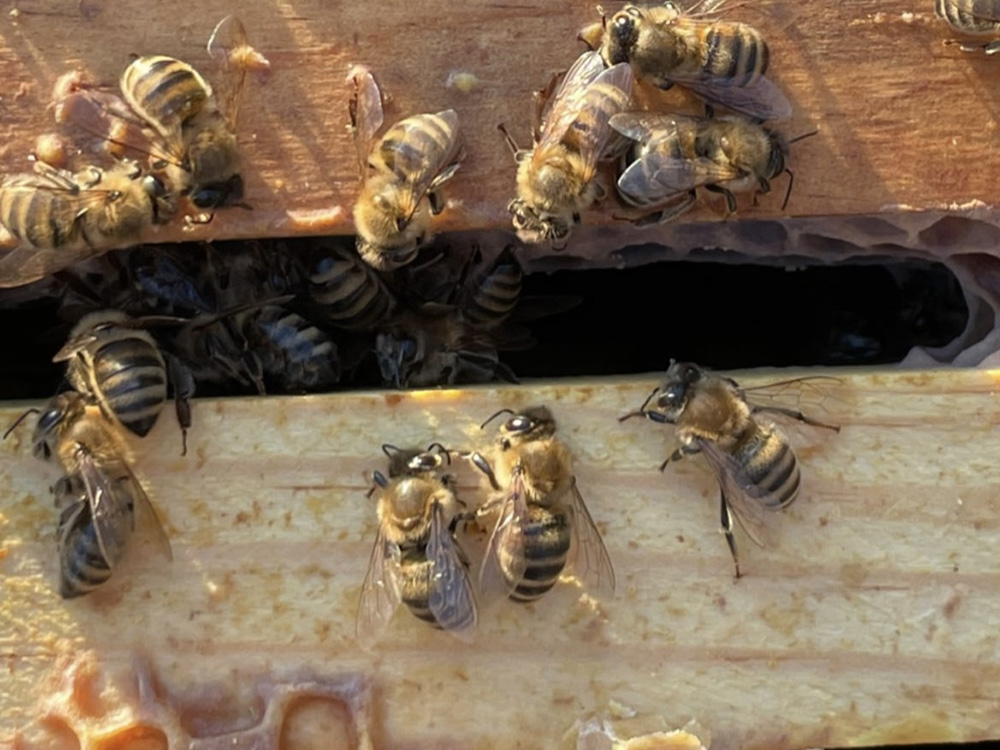 Honeybees emerge from the warmth of the hive to observe a beekeeper. (Charlie X. Constance)

A honeybee hive needs at least 60 pounds of honey to survive the winter. In this way, all their hoarding of honey from summer blooms has a purpose. With only 38 pounds of honey, I worry about my beehive.

I send my beekeeping apprentice a string of urgent text messages about winterizing the hive:

"We should have done this sooner," I say.

"How do I know if they're still alive?" he asks.

"Listen for the worker bees clustering around the queen," I direct him. 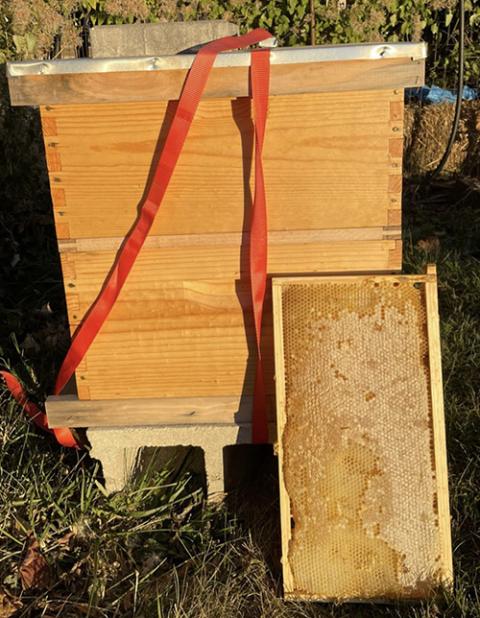 A frame of honeycomb awaits to return to its hive to feed the honeybees throughout the winter months. (Charlie X. Constance)

Through the pinewood box he believes he hears the tonal hum of gentle buzzing, a small chorus of didgeridoos perhaps, almost a rattle, a clustered shivering in the thin November air.

I can sense the bees' impending apocalypse miles away through the phone. Thousands of summer bees have dwindled into a fistful of one thousand clinging to each other.

Do you remember the thief of the night that stalks the pages of the Gospel (Matthew 24:37-44)?

Eight pounds of honey sit in my apprentice's kitchen, waiting to be bottled as stocking-stuffers, our loot from when we broke into the hive in August. I am kindred to that Gospel thief as much as the bears that toppled my friend's apiary — each beehive hallowed out by claws — or the mice who pilfer warmth between wax frames during the December snow.

With only 8 pounds of honey to return, we are still tempting an unforgiving probability that the dwindling population of bees will freeze to death. The honeybees' looming doom necessitates reparation for our lack of restraint. Returning the stolen honey helps prepare the hive for the possibility that we may still greet a nativity of honeybee larva in the spring.

Preparation is a process of acknowledging uncertain futures, a multiverse of vacancies on the calendar, assuming our routine orders may fail us. To learn from past mistakes (I have doomed hives to winter and wax moths before) is to give "next time" a deeper calculus for considering the unknown.

There is both a fear and an empowerment that thrums through preparation. Still the fate of these quivering honeybees lies only partially in our hands. 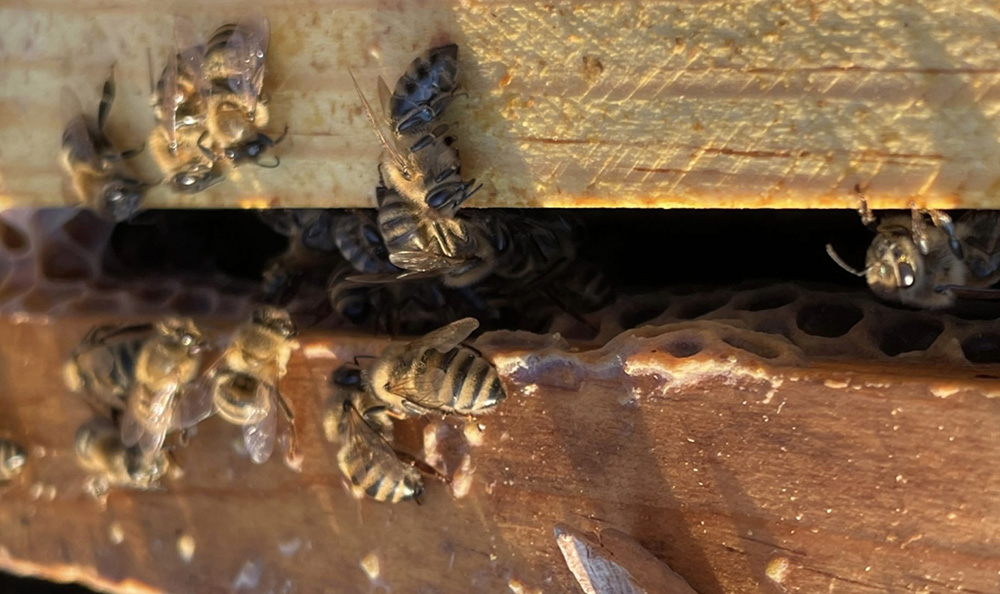 A winter honeybee cluster can be thought of as a ball of bees dissected by sheets of honeycomb. Clusters begin to form when the outside air temperature falls to about 57 F. (Charlie X. Constance)

The bees are cold. My beekeeping apprentice — more accurately described as my dear friend — stacks another pine box upon their abode and insulates it to keep the wind and moisture from ambling in the hive.

"Newspaper or hay or wood chips work well for insulation," I text him. He sends me a photograph of a few honeybees, gently still in the November air, poking their heads out to observe the tufts of straw that are about to swaddle them in warmth.

This is an Advent act, one that aims to create the conditions for new and fragile life despite numerous improbabilities.

Practice reparation — let this be preparation for the apocalypse. Practice survival. Practice mistakes. Practice warmth despite the cold. Candlelight despite the dark. Practice Advent — adventure into improbable, swaddled life. 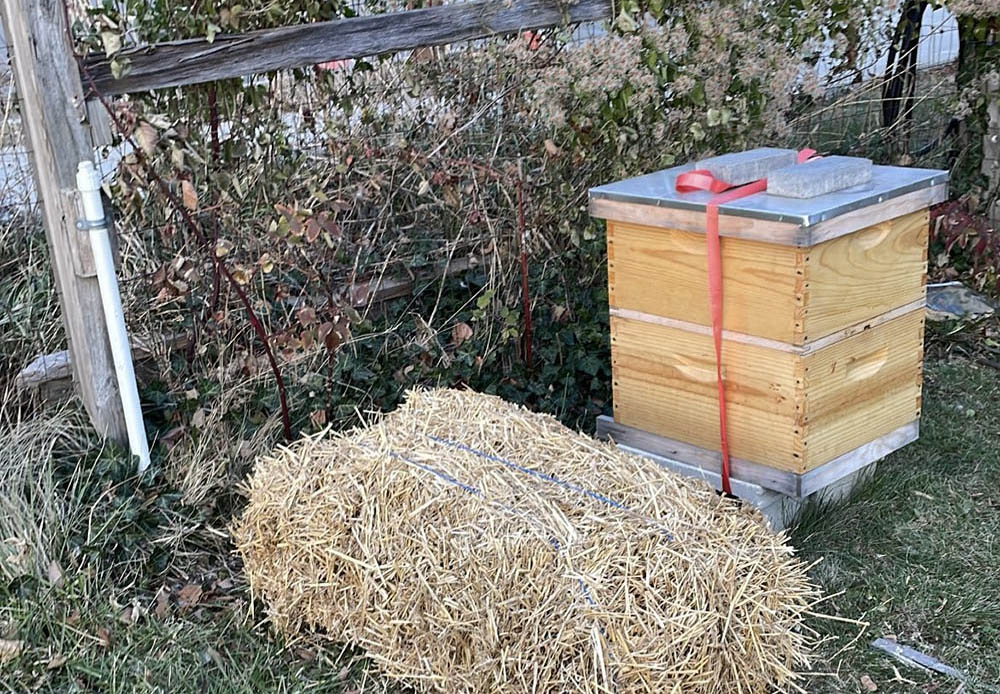 The hive, now insulated with the warmth of hay, is prepared for the winter months. (Charlie X. Constance)

This story appears in the 2022 Advent Essays feature series. View the full series. 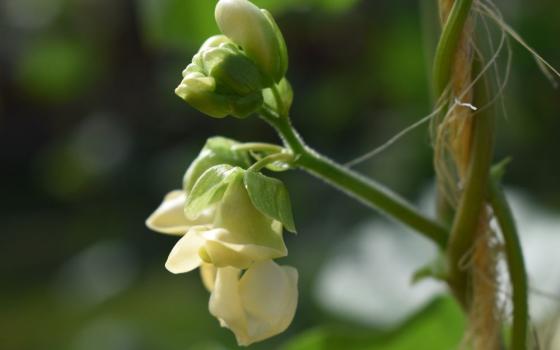 A gardener reflects on Advent's promise: God is with us, even when life is messy 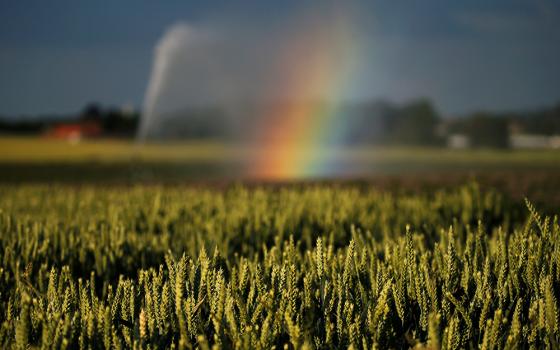 During Advent, a farmer's patience teaches us how to wait well 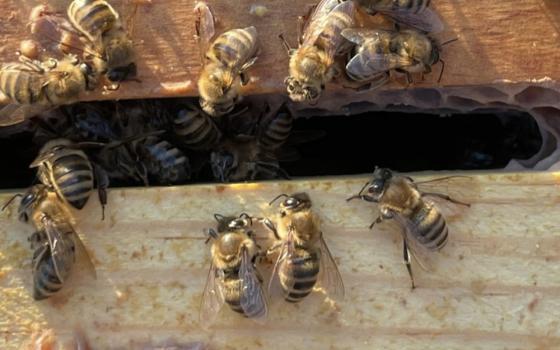 In Advent, a beekeeper prepares for an uncertain nativity scene