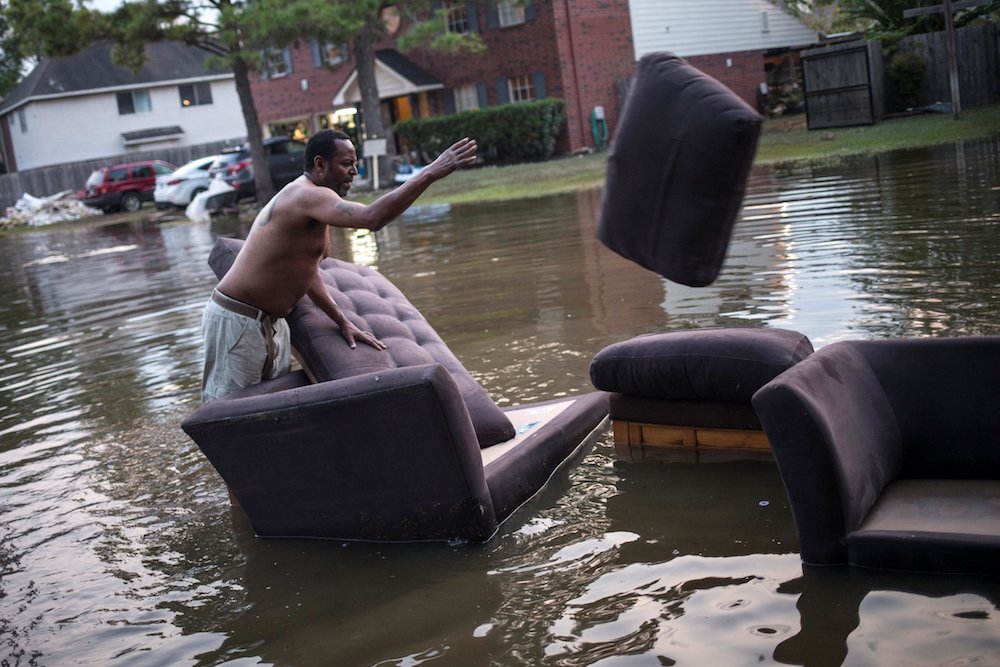 A man moves his flood-damaged sofas in Houston in the wake of Hurricane Harvey in 2017. Scientists say restoring and preserving wetlands could prevent millions of dollars' worth of damage from severe storms. (CNS photo/Adrees Latif, Reuters)

Editor's note: This story originally appeared on Mongabay.com and is republished here as part of Covering Climate Now, a global journalism collaboration strengthening coverage of the climate story.

Hurricane Ida hit New Orleans and surrounding areas in the U.S. state of Louisiana Aug. 29, serving as a grim reminder of the power of coastal storms — which are predicted to increase as the climate crisis rolls onward.

Scientists and engineers have known for some time that wetlands (such as dense mangroves, tree-studded swamps, and grass-covered marshes) protect exposed coastlines and coastal cities from storms. But for places like London, Tokyo, New York and 19 of the world's largest cities built around estuaries — the wave-sheltered places where freshwater meets the sea — wetlands may be their silent superman. 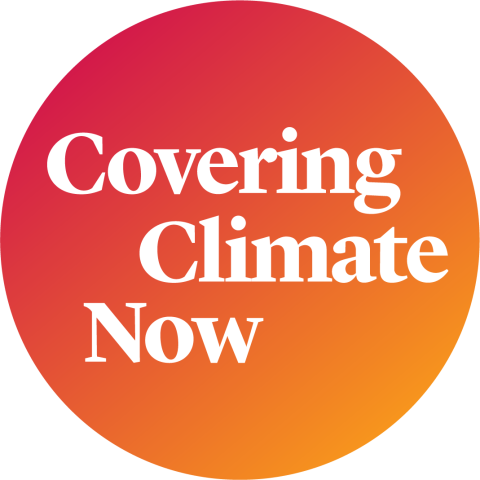 Wetlands can reduce flood levels from storms by up to two meters (six feet) and avoid $38 million in flooding damages per estuary, according to a new study published in the journal Environmental Research Letters.

"Our study shows that coastal wetlands play a crucial role in reducing storm-driven flooding in estuaries," said Tom Fairchild, a research scientist at Swansea University Wales and lead author of the study. "They are nature's flood defenses and we need them now more than ever."

For their study, Fairchild and his fellow researchers gathered data on the topography of estuaries (measured with lidar and sonar), 50 years of wind data, 40 years of wave data, and extensive measurements of marsh grasses taken from the ground. They then fed this into a computer program that allowed them to simulate the effects of storms of different strengths on eight estuaries across the country of Wales in the United Kingdom. 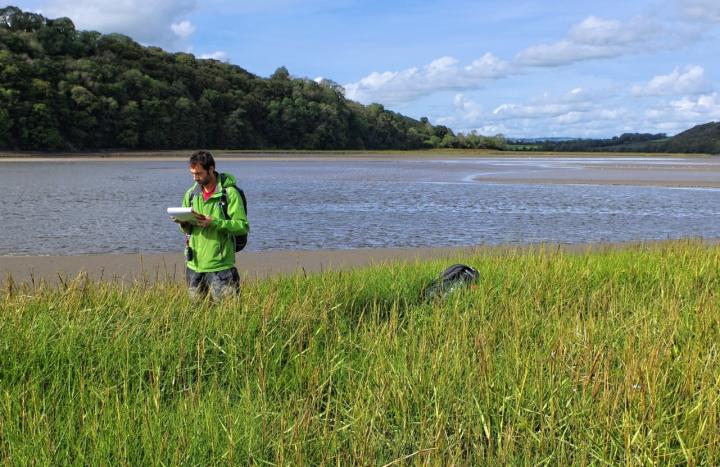 In all storm scenarios, marshes reduced both the extent of flooding as well as damages from floods. Overall, the benefits of marshes were greatest during the most powerful storm scenarios.

As water from storms moves through an estuary, it interacts with all of the vegetation along the edges, creating a friction or drag effect. As water moves upstream, this effect is cumulative. The friction from vegetation, along with the sponge-like effect of the mucky marsh, reduces the wave heights, creating a reduction in storm surge and flooding.

A two-meter rise in the water level of an estuary could lead to quite significant flooding, especially for flatter and lower-lying places built on flood plains, such as London and New York.

In wave-sheltered environments like estuaries, "wetlands may be even more important than along exposed coastlines and coastal cities," Fairchild said, "in part because of all the major settlements and cities there."

By running models with and without marshes present and using records of property values, as well as estimates of the value of flood damage, the researchers calculated that the presence of marshes prevented $38 million in flooding damages per estuary. This amount would be higher in larger estuaries with bigger cities or more settlements, Fairchild said. 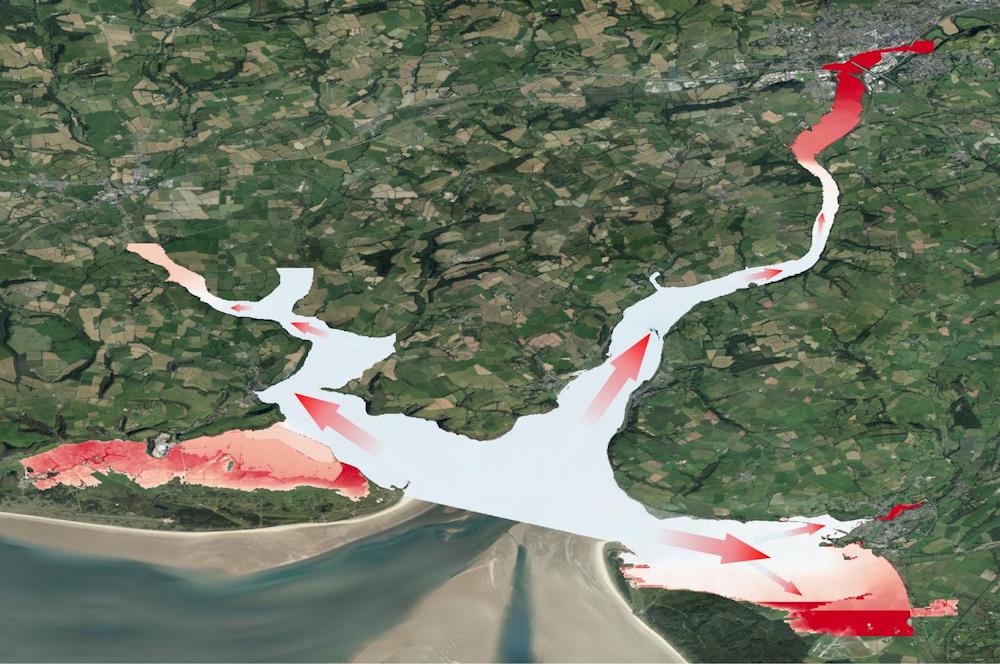 Map shows the difference in water level with and without marshland in the Three Rivers estuary complex in South Wales. Red areas indicate large reductions in water level where marsh is present, and blue-white where little to no effect was observed, showing that the presence of marsh vegetation has the greatest flood protective effect for towns and infrastructure in upstream area. (Courtesy of Swansea University)

The connection between storms, marshes and financial damage to property is one of the strong points of this study, said Siddharth Narayan, an assistant professor in the department of coastal studies at East Carolina University, who was not involved in the research.

"It's one thing to say, yes, these wetlands are reducing flood extents. But it's another thing to then link that to the economic costs," Narayan said. "[This] is something that we have found critical in the work that we do."

Narayan's work includes communicating with engineers, planners and policymakers about the costs and benefits of wetlands. He is a coauthor of guidelines for the use of nature-based solutions for the U.S. Army Corps of Engineers and the Intergovernmental Panel on Climate Change, as well as the International Guidelines on Natural and Nature-Based Features for Flood Risk Management, set to be published Sept. 16.

"When big disasters occur, such as a Hurricane Sandy," Narayan said, "there tends to be a shift in terms of people recognizing that these coastal ecosystems play a role. … There is enormous interest right now, but I still think it stops short of action on the ground."

Narayan attributed this lack of action and investment in nature-based solutions (like wetland restoration) to a lack of confidence. Although there are many examples of nature-based engineering solutions, there is a shortage of carefully monitored pilot studies, he said.

"Ultimately policymakers and engineers just need to have more confidence in the extent to which nature-based solutions work," Narayan said. "Some people somewhere have to start taking some risks."

In addition to restoring wetlands, Fairchild said, we should also promote conservation of existing wetlands, and these wetlands should be actively rather than passively managed.

"The attitude has been '[wetlands] just do their own thing. They come and they go, and that's fine,'" Fairchild said. "But how can we build on that? How can we prevent any further damage?”

Water pollution from agriculture, industry and urban areas is responsible for a lot of wetland loss, so better management of agricultural water and water treatment "could have a real profound impact not just on the water quality in these places," Fairchild said, "but also in the potential protection value to wetlands."

"Our work shows that when big storms hit, nature works extra hard for us, preventing or reducing coastal flooding … for free," John Griffin, a coauthor of the study from Swansea University, said in a press release. "The upshot is, by protecting and restoring coastal wetlands, we help protect ourselves from the growing threat of flooding. It's a no-brainer."