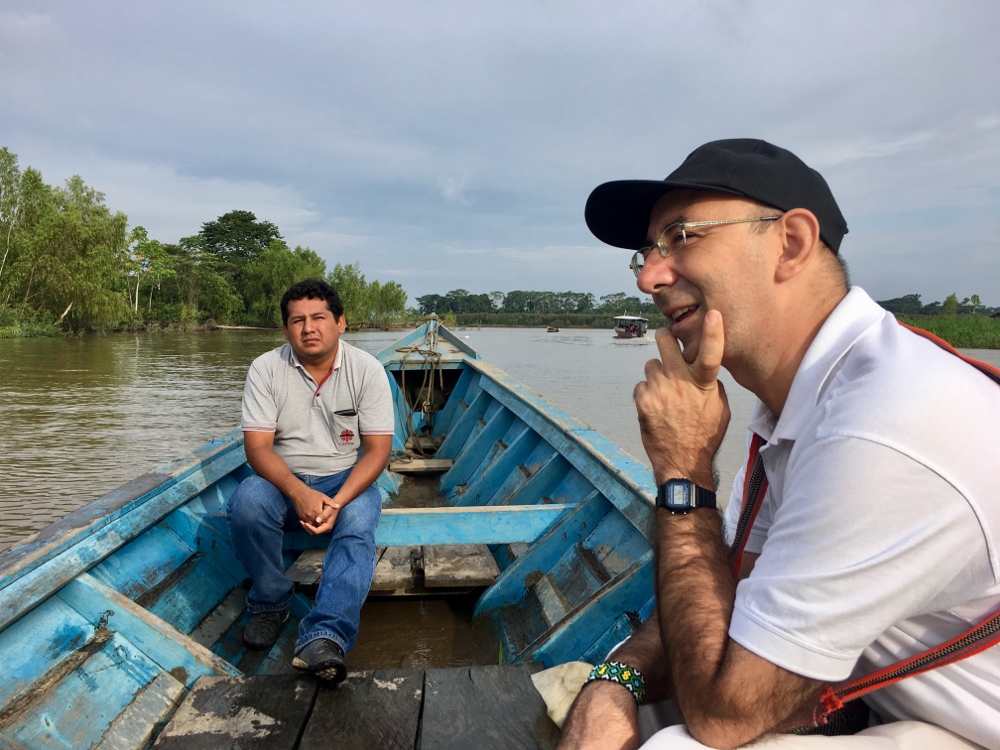 In this hamlet of 110 residents, there is no school or potable water, and children are seen drinking Coke from bottles. Although the Harakmbut obtained land titles in 1977, 18 mining concessions have since been granted on these lands. People say mining activities have polluted their rivers with mercury used in the extraction process, and the government body responsible for supervising forest resources constantly imposes fines and pressures community members to stop their agricultural, fishing and hunting activities.

"How can we live if we cannot fish or hunt?" asked Tije, tears streaming down her face. "Sometimes all we have to eat is plantains."

Currently, three members of the Arazaire community are in detention for failure to pay stiff fines originally imposed because illegal loggers cut down trees. And, recently, state officials have ordered that each of the 22 families living here must pay the government 35 soles ($10) monthly for the rainwater they use.

"The situation you describe is the reason why Pope Francis visited Madre de Dios," Martínez told her, referring to Francis' Jan. 19 visit to the Amazon.

Madre de Dios, the Kansas-sized region in the Amazon forest on the border with Brazil and Bolivia, has been described as "la periferia de las periferias" (the edge of the edge). Francis' decision to visit highlighted the plight of indigenous peoples and a valuable rainforest that spans nine countries; both will be discussed at a special Synod of Bishops at the Vatican in October 2019.

About 29,000 of the province's population of 348,000 are members of 22 indigenous tribes. They are descendants of people chained and enslaved on the plantations during the 19th-century rubber boom denounced by Pope Pius X in his 1912 encyclical Lacrimabili Statu.

Today, gold lures prospectors to scramble on the artisanal mines here. The gold rush has brought environmental degradation; human trafficking, as indigent young girls are tricked into working as prostitutes in the illegal mining centers; and violent clashes between armed groups vying for the most lucrative seams. Madre de Dios today has the second-highest homicide rate in Peru.

Caritas, the church's charitable agency, has worked with the Arazaire community to draw up a communal plan that sets out the collectively defined needs, priorities and proposals for income-generating activities. This key document is used as a baseline in all negotiations with the state or other stakeholders.

The church also is working to promote environmental and socially responsible initiatives to mitigate the damage wrought by uncontrolled mining activities. One such example of their help is in the settlement of Fortuna, where the people have opted for the creation of a responsible mining enterprise, Fortumil. The socially responsible gold-producing company, founded by 16 partners, is using minimal mercury, and profits benefit the entire community of 40 families. No alcohol is allowed here and prostitution is banned.

The Peruvian bishops' social action commission and the U.S. bishops' Catholic Relief Services have provided advice on running a small business and have generally accompanied the process.

A further priority for the church is income-generating agroforestry initiatives that revitalize the soil. About 25 miles from the wilderness of La Pampa, an association of cocoa producers — accompanied and supported by Caritas — is selling cocoa, fruits and vegetables at international fair trade and local markets. 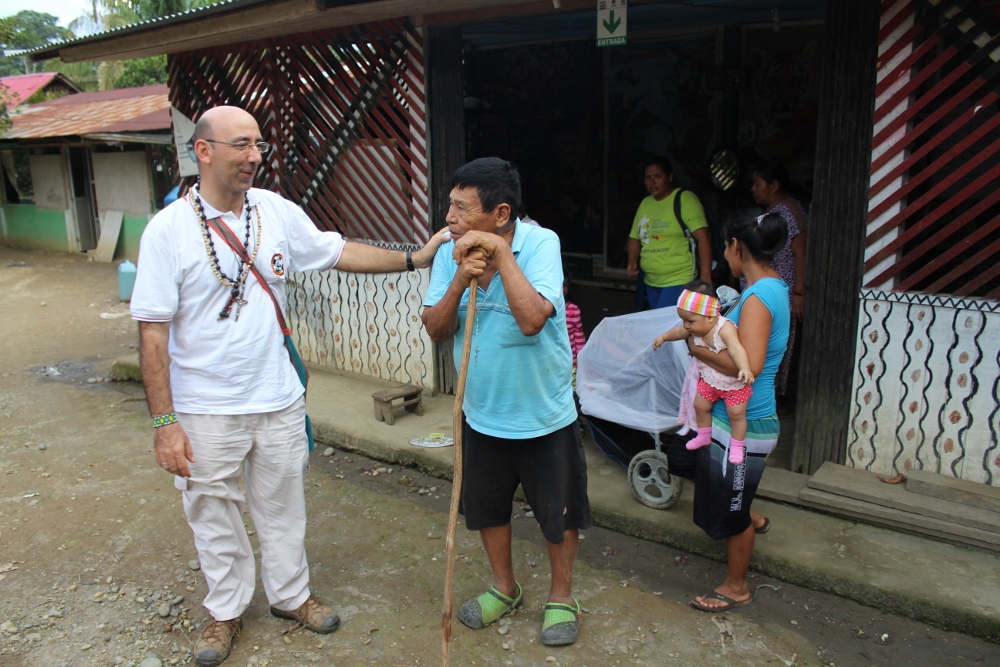 Such initiatives, as well as promoting environmental restoration, also support the inhabitants of the region; Martínez worries about conservation groups that fail to take into account the needs of the people.

"These people must fish and hunt to survive, and their activities are small scale and sustainable," said Martínez. "Environmental policies to protect the Amazon must include the survival of its peoples."

The bishop is hopeful that the 2019 synod will bring improvements for the indigenous peoples here. Church organizations are already preparing for the synod.

The Amazon Center of Anthropology and Practical Application, known by its acronym CAAAP, is preparing extensive consultations with the local indigenous peoples of all the Amazon regions in Peru. The 13 bishops of the Peruvian Amazon created the social organization in 1974.

"We hope that the synod will raise awareness that the Amazon region is not just a pantry to be raided for its resources, but a space to protect," said Martínez. "We are an Amazon church, with the Amazon at its heart. We have to ensure the peoples of the Amazon have a stronger participation in the church, and that their contribution shows us the face of Christ and can enrich us."

This story appears in the Synod for the Amazon feature series. View the full series.
A version of this story appeared in the April 6-19, 2018 print issue under the headline: In Peru's Madre de Dios region, church helps indigenous survive.