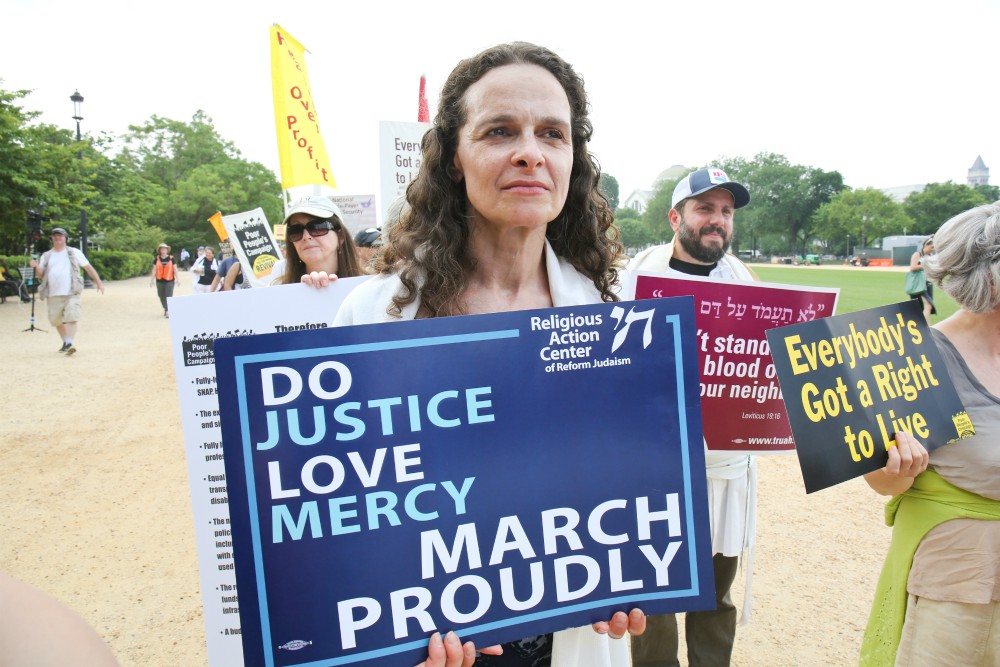 Rabbi Jennie Rosenn, founder and CEO of Dayenu: A Jewish Call to Climate Action, takes part in a demonstration on the National Mall in Washington, D.C. (Courtesy of the Religious Action Center of Reform Judaism)

The climate movement in the United States has grown increasingly diverse in recent years, with young people and front-line communities leading the way. But what has been missing, according to Rabbi Jennie Rosenn, is a strong Jewish mobilization effort at the national level.

The Hebrew phrase "dayenu" is well-known among Jews. It's the title of a popular song communities have sung at Passover celebrations for a millennium now. In English, dayenu is typically translated as "it would have been enough," reflecting gratitude for all of God's gifts.

But there is another possible translation, rooted more in urgency than thanks, that Jewish environmentalists say speaks to the current moment.

"'We've had enough,'" Rosenn, Dayenu's founder and CEO, said in a telephone interview. "It's time for us all to act. We've had enough with the climate changing and there not being robust enough action."

Rosenn is a longtime leader in the Jewish social justice movement. For more than two decades, she's led Jewish nonprofits and worked on issues including the global refugee crisis and empowering women in Israel.

In April, Rosenn teamed up with a veteran climate organizer to launch Dayenu and start building a national movement of American Jews to confront the climate crisis with, according to its website, "spiritual audacity and bold political action."

What might the wider climate movement gain from a mass mobilization of American Jews?

"No community can sit this out," said Rosenn. "Everybody needs to be bringing their full people and power to this moment. The future of humanity is at stake."

That's not to say American Jews haven't been actively fighting for climate justice. Rosenn said that there have been some powerful examples of grassroots organizing by Jewish communities at the local level. And another group, Hazon: The Jewish Lab for Sustainability, which works on sustainability education and advocacy in Jewish communities, tags itself as the "largest faith-based environmental organization" in the country.

Dayenu will complement these existing efforts by "galvanizing a national movement of Jews to advance the systemic and political changes necessary to avert climate disaster and build a different kind of world," Rosenn said in an email.

The organization — which Rosenn said has a budget of $1.4 million for this fiscal year — has four key strategies for making this happen:

Making up just around 2% of the U.S. population, with even smaller numbers in many important swing states, Jews are not generally considered a major difference maker in presidential politics, according to Gallup. Still, Jewish voters' above-average educational attainment does mean they are more likely to vote than the average person, which could make Jews important players in critical local elections.

And for a broader climate movement that draws part of its strength from numbers, bringing many of the country's estimated 7.5 million Jews into the fold as a united front could also end up being a major boost in creating the political environment necessary to pass comprehensive climate legislation.

Dayenu's chief strategist, Phil Aroneanu, understands well what it takes to move the needle on climate action. Aroneanu is a co-founder of 350.org, where he helped lead the Fossil Fuel Divestment campaign and organize the People's Climate March. He also directed Bernie Sanders' 2016 presidential campaign in New York and directed digital organizing at the American Civil Liberties Union.

The last major opportunity to move climate legislation at the federal level that Aroneanu can remember was early in the Obama era, with the Waxman-Markey bill in 2009. What organizers found during that fight was that the fossil fuel industry had "a stranglehold on our politics," so much so that even Democrats weren't fully committed to getting the bill across the finish line, he said.

Another opportunity for federal legislation might soon be approaching. On June 30, House Democrats released "Solving the Climate Crisis: The Congressional Action Plan for a Clean Energy Economy and a Healthy, Resilient, and Just America." The report is being touted by some as a bold legislative blueprint for getting the United States to net-zero carbon emissions by 2050.

Aroneanu applauded the ambitious plan and expressed excitement at seeing where it goes, but added that more can be done "to reach what both the science and justice demands."

"We have a lot of work to do to get our elected leaders into a position where they feel like there's a mass movement behind them," Aroneanu said. "That's a critical place for a group like Dayenu to play a role." 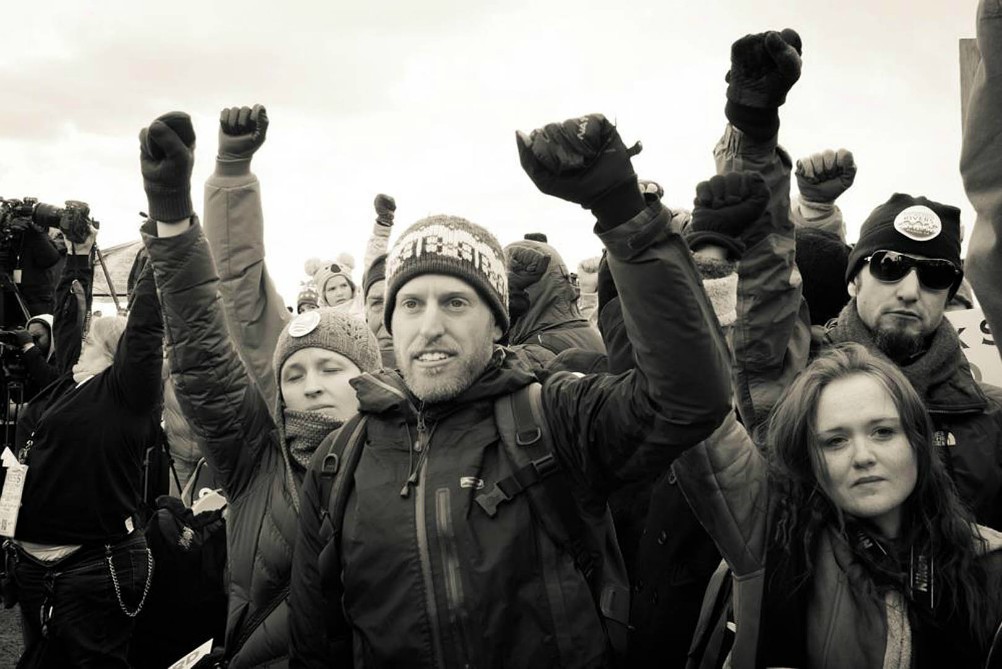 Rosenn and Aroneanu said they didn't really know what kind of response to expect when Dayenu officially launched April 27. There were concerns that people might not have the bandwidth "to talk about the climate crisis in the middle of this very personal pandemic," Aroneanu said.

"What we found is actually tons of people are beginning to think even more deeply about the systems that have been failing us," Aroneanu said.

Dayenu's mobilization strategy centers around "Dayenu Circles," small groups of five to 10 people who commit to meeting monthly and participating in Dayenu climate campaigns. Dayenu provides the groups with training, support and resources to connect with other circles, building a network of Jews committed to climate justice and action.

But movement building must be accompanied by having a real impact, Rosenn told NCR. That's why Dayenu has already launched a campaign advocating for a just, green recovery by inviting people to send video messages to both presidential candidates.

Another central component of Dayenu's work is providing individuals and communities with a spiritual rootedness to sustain them in fighting what Rosenn called "the existential issue of our time."

"Part of the role of Judaism and communities of faith is to give people the resources and the strength to confront that truth, and to grapple with the existential questions it raises about how to live and parent and come of age in this time," said Rosenn.

There is also a third translation of dayenu that feeds directly into the organization's core principle of not only reducing emissions, but ensuring justice and equity, Rosenn said. That is: "We have enough."

"We have the science, we have the technology, we have the policies," said Rosenn. "We have all of the pieces in order to bring about the kind of transformation we need so that everyone can have enough."

Rosenn sees faith communities as having uniquely moral voices that can help shift focus away from an extractive economy and toward "a focus on public good." That's a role Dayenu looks forward to playing with the diverse set of faith groups in the climate movement.

"We really see ourselves as part of the larger climate movement and understand that we are one piece of the American mosaic."