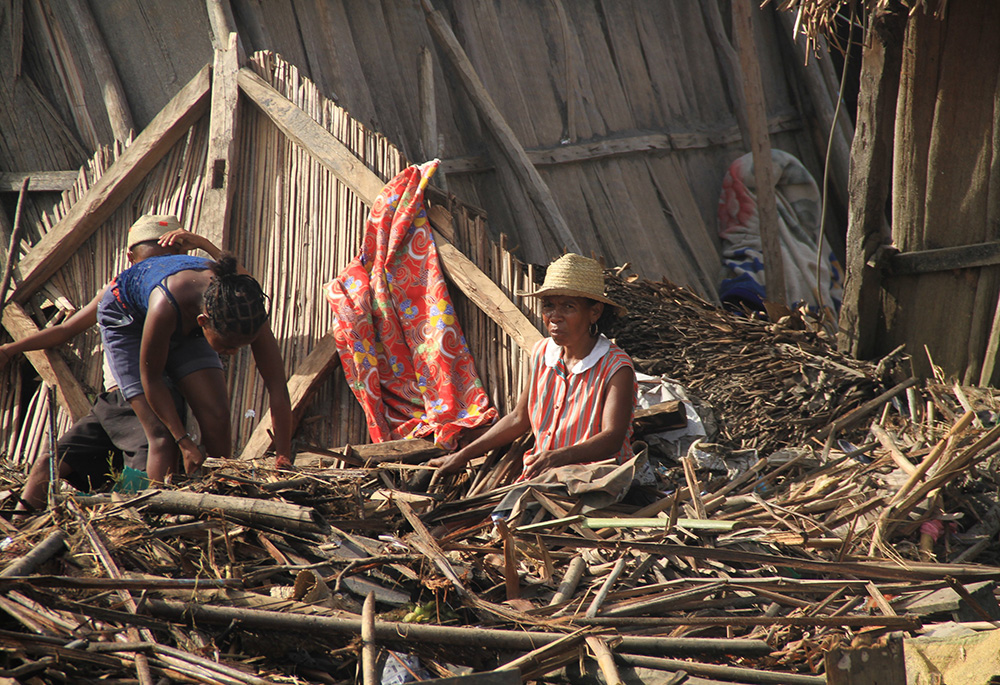 A Malagasy family is pictured outside their destroyed home Feb. 8 in Mananjary, Madagascar, in the aftermath of Cyclone Batsirai. Ahead of COP27, some organizations in Africa plan to call for compensation for the damage climate change has already exacerbated. (CNS/Courtesy of CRS)

As the town of Sharm el-Sheikh in Egypt prepares to host COP27, the latest United Nations climate change summit, some faith and civil organizations have already created a long wish list of what they expect the convening will achieve.

Among the issues they want delegates at COP27 — shorthand for the 27th Conference of the Parties of the U.N. Framework Convention on Climate Change — to address during their two weeks in Egypt (Nov. 6–18) are tangible action plans to rapidly reduce greenhouse gas emissions, transform energy systems to renewable sources, embrace agroecology, and provide funding to developing countries for both climate adaptation and "loss and damage," which refers to unavoidable or already occurring climate impacts.

Ari Shaw-Obasogie, a senior policy and legislative specialist with Catholic Relief Services, the international humanitarian agency of the U.S. bishops, said the church has a critical role to play during the convening to ensure the voices of the people they serve who are directly affected by climate change are heard and their perspectives included in major decision-making.

"The role of the Catholic Relief Services at COP27 is to bring the local perspective into the convening," she told EarthBeat. "The church should be the lead, and we have a role model, Pope Francis, who is at the forefront in addressing this."

Obasogie noted that the world's wealthiest individuals, mainly in the Global North, are primarily responsible for global greenhouse gas emissions that are heating the planet, while people most affected by the emissions are those living in the Global South. A study in December found the richest 10% of the population produces roughly half of global emissions. She said they will be pushing these wealthy nations and individuals during the convening to compensate people for the losses and damage that climate change has already exacerbated.

Madagascar, for example, was hit with five severe weather events, cyclones and tropical storms, back-to-back in January to March this year, which devastated communities, Obasogie said. As a result, people in Africa feel they need to be compensated since some of these weather-related disasters are caused by activities happening in other countries and by foreign-owned companies.

"During the convening, we will look at how the rich countries will finance for the loss and damage," she said. "We would also like to see the perspective of adaptation being implemented. Climate change is real, and people need to prepare for the changing climate. The stakeholders need to prepare countries to adapt to this change and the policies they need to put in place to help countries adapt to this rapid climate change."

Fr. Paul Igweta of the Association of Member Episcopal Conferences of Eastern Africa, or AMECEA, said they expect serious commitments and willingness from governments at COP27 to tackle climate change. One demand they will raise is implementation of the Green Climate Fund to support the climate mitigation and adaptation efforts of developing countries. So far, developed nations have fallen short of their pledges to provide the fund $100 billion annually beginning in 2020.

Igweta told EarthBeat that all previous agreements on climate change should be fully implemented to realize success. He said that governments worldwide have previously pledged to slow global warming through the Kyoto Protocol and the Paris Agreement but have failed to work together for the betterment of their people.

"We have all the stakeholders at COP27 because none of us can work alone," said Igweta, the AMECEA coordinator of the Department of Integral Human Development. "We need each other. The government needs the church, and the church needs the Indigenous people. We are interdependent, and therefore we must all take equal responsibility for taking care of the environment." 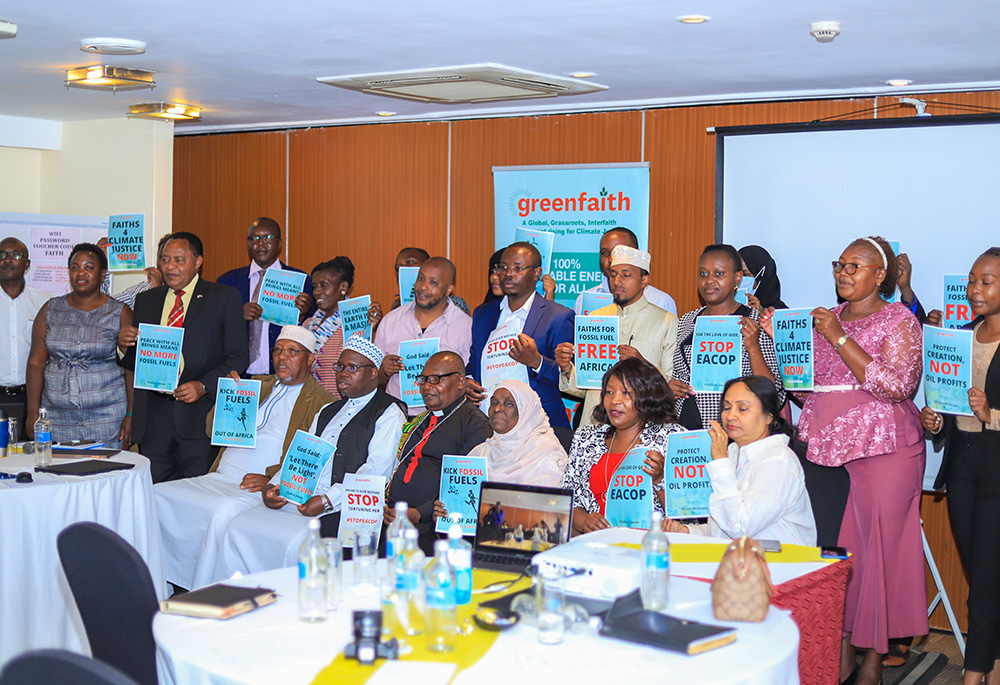 Religious leaders under the umbrella of the coalition Greenfaith met in Nairobi, Kenya, for a strategy building on phasing out fossil fuels ahead of COP27, to be held Nov. 6-18 in Sharm el-Sheikh, Egypt. (Courtesy of GreenFaith)

GreenFaith, an interfaith environmental coalition, has called ahead of the convening for accelerated financial commitments toward universal access to renewable energy and an immediate end to new fossil fuel projects in Africa.

In an Oct. 27 statement, GreenFaith called on African governments to reject overtures from extractive industries for new coal, oil and gas projects. They also voiced their support for a global Fossil Fuel Non-Proliferation Treaty, an initiative endorsed by 70 cities, including Kolkata, Los Angeles and London, 101 Nobel laureates, 3,000 scientists, 1,750 civil society organizations and 500 parliamentarians from Africa, Asia, Europe and the Americas. The initiative calls for an immediate end to new fossil fuel projects, an equitable phaseout of existing coal, oil and gas production and a generous commitment to a just transition for climate-impacted countries, communities and workers. 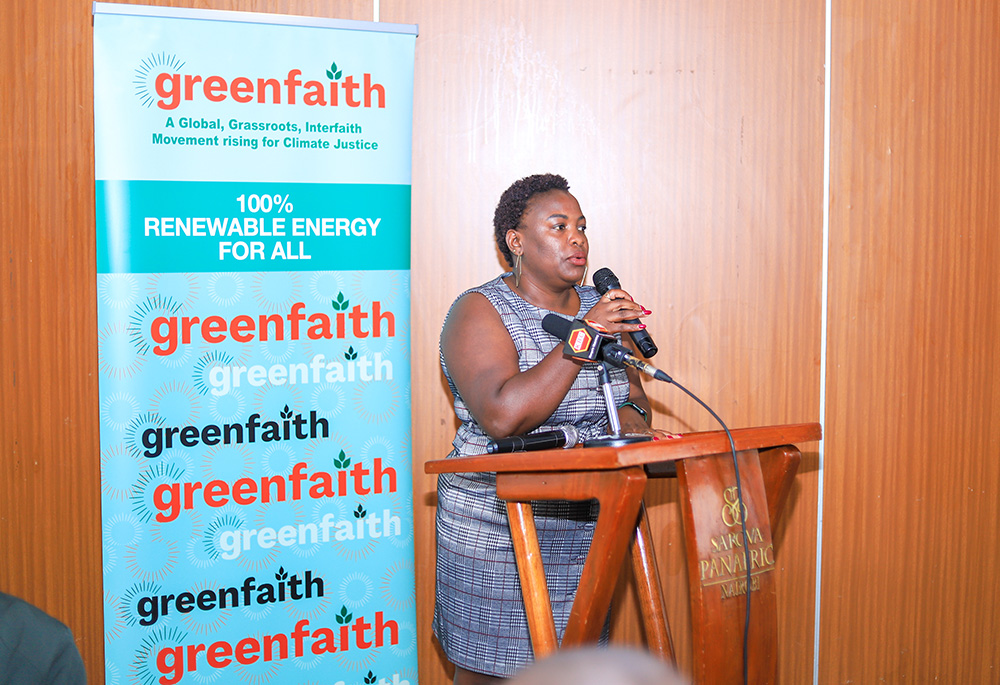 "As we go to COP27, we are calling for climate justice. We are calling on those responsible for climate injustice to pay for the harm they have caused. This is a matter of life and death," added Tinashe Gumbo, a Zimbabwean who is the program executive of the Ecological and Economic Justice unit of the All Africa Conference of Churches.

The Alliance for Food Sovereignty in Africa, an organization working to promote food sovereignty and agroecology in Africa, also appealed to COP27 to prioritize agroecology, which the U.N. Food and Agriculture Organization describes as "the science of applying ecological concepts and principles to manage interactions between plants, animals, humans and the environment for food security and nutrition."

"We demand that COP27 put agroecology at the centre of Africa's climate adaptation, creating resilience for Africa's small-scale farmers, fishers, pastoralists, indigenous communities and their food systems," the alliance said in a Sept. 26 statement.

Million Belay, Alliance for Food Sovereignty in Africa's general coordinator, added: "Ignoring agroecology is ignoring Africa's farmers and sidelining the planet's most vulnerable people who are being hit first and worst by the climate crisis. Africa could feed itself many times over. But agroecology cannot and must not be overlooked by decision-makers as the most effective means to build resilience and enable small-scale farmers, pastoralists and fishers to adapt to climate change." 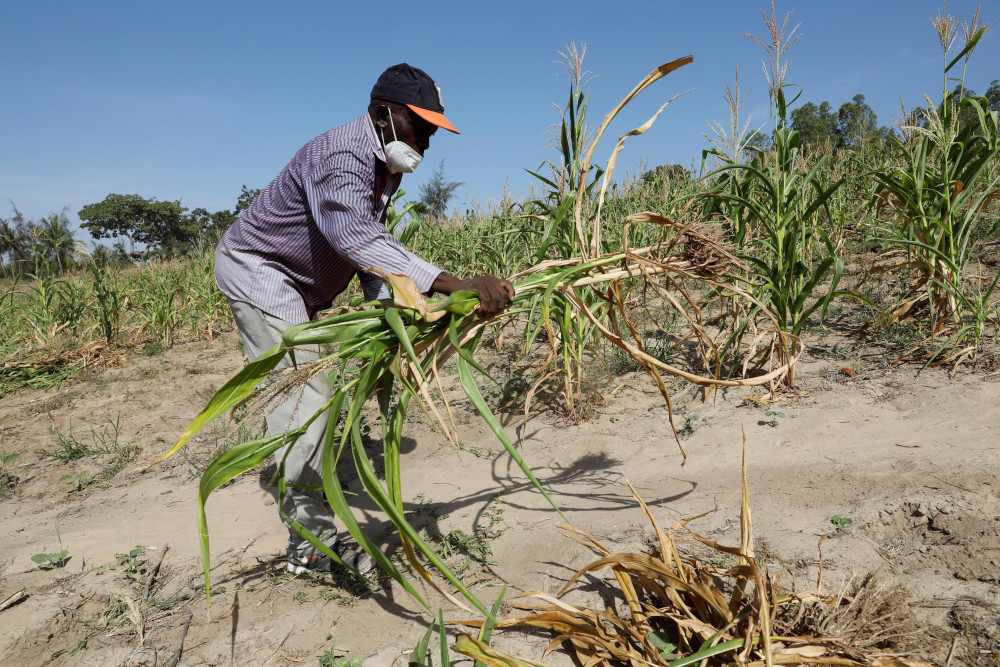 Bernard Mbithi uproots a field where he was growing corn that failed because of a drought, Feb. 16 in Kilifi, Kenya. (CNS/Reuters/Baz Ratner)

Meanwhile, some African faith and civil society groups still believe that the convening can address climate justice if the diplomats and negotiators at COP27 recognize and prioritize African climate concerns.

"I think that this time round, things will be different because countries in Africa are united to raise their voices on climate change," said Igweta, who is among religious leaders in Africa attending the convening. "Africa is among the continents most affected by climate change, and since the COP27 is coming to our continent, we will make sure things affecting us are addressed."

He added, "We are a continent that, despite being so blessed, our people are dying of hunger. We have reached a point where some countries in Africa cannot produce their own food to sustain themselves but rather depend on the world food program for food donations, which is very disappointing." 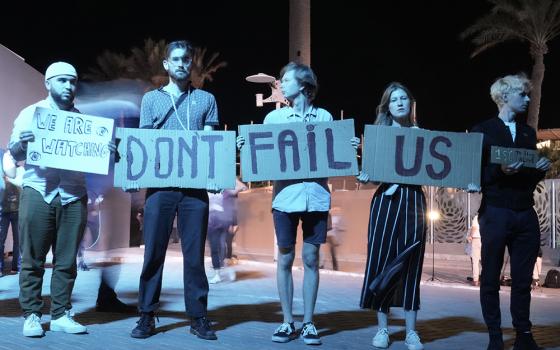 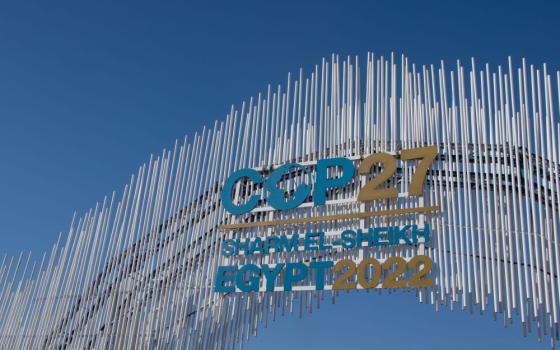 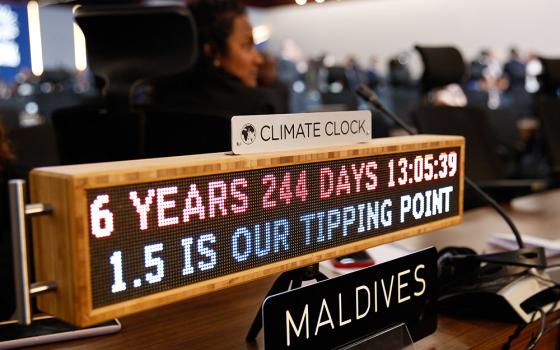 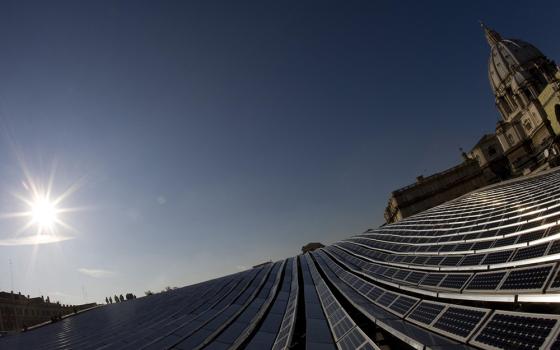