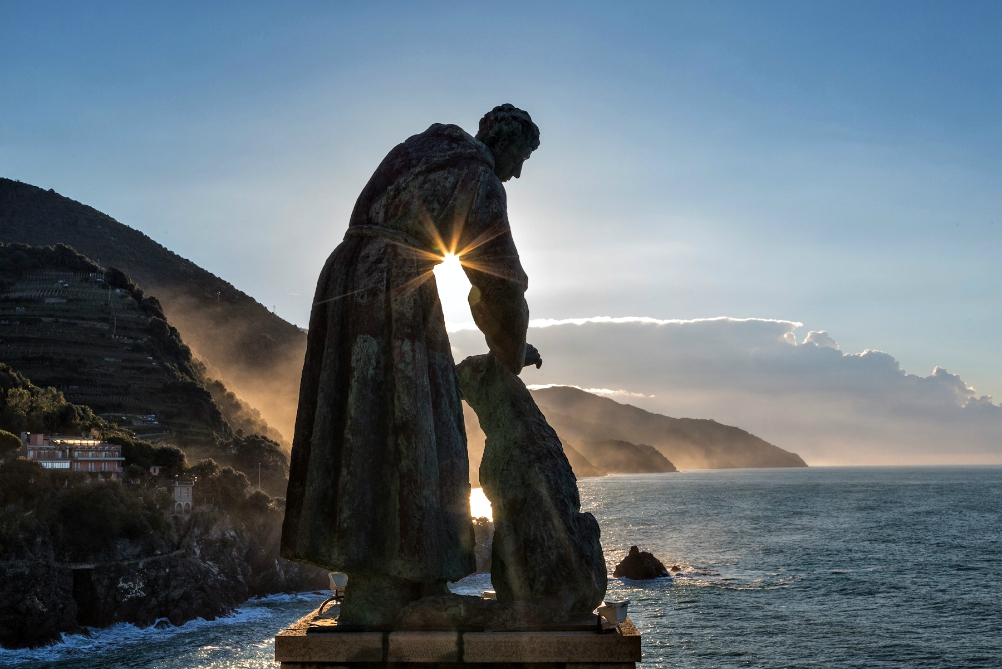 Welcome to Burning Questions, the new feature here at EarthBeat where we'll try to answer those questions smoldering in your mind about climate change and religion — from the basics to more complex, and everything in between.

Today's burning question: When did the Catholic Church begin to address climate change?

Let's first narrow that frame a bit: Specifically, when did the Vatican begin talking about ecological issues and climate change?

The search for that answer is made a little easier thanks to the current pope.

In his 2015 social encyclical on the environment and human ecology, "Laudato Si', Care of Our Common Home," Pope Francis begins by chronicling what past popes have said about the environment, global warming and climate change.

Ok, so what did they say?

Perhaps the first modern pope to address the state of the environment was Pope Paul VI, who in a 1971 apostolic letter described ecological concern as "a tragic consequence of unchecked human activity." He added, "Due to an ill-considered exploitation of nature, humanity runs the risk of destroying it and becoming in turn a victim of this degradation." A year earlier, he addressed the United Nations Food and Agriculture Organization, where Paul VI stated that the progressive deterioration of the environment "risks provoking a veritable ecological catastrophe."

"Already we see the pollution of the air we breathe, the water we drink. We see the pollution of rivers, lakes, even oceans — to the point of inspiring fear of a true biological death in the near future, if energetic measures are not immediately and courageously taken and rigorously put into practice," he said.

Did popes after Paul VI build on that message?

Following on that theme was Pope John Paul II, who addressed care for creation in 1990 in his message that year for the World Day of Peace in which he stated "the ecological crisis is a moral issue." He began the message by writing:

In our day, there is a growing awareness that world peace is threatened not only by the arms race, regional conflicts and continued injustices among peoples and nations, but also by a lack of due respect for nature, by the plundering of natural resources and by a progressive decline in the quality of life. … Faced with the widespread destruction of the environment, people everywhere are coming to understand that we cannot continue to use the goods of the earth as we have in the past. The public in general as well as political leaders are concerned about this problem, and experts from a wide range of disciplines are studying its causes. Moreover, a new ecological awareness is beginning to emerge which, rather than being downplayed, ought to be encouraged to develop into concrete programmes and initiatives.

Later in the message, John Paul directly addresses the "harmful, long-term effects" that advances in science and technology, including the use of fossil fuels, have had on the ecosystem.

"The gradual depletion of the ozone layer and the related 'greenhouse effect' has now reached crisis proportions as a consequence of industrial growth, massive urban concentrations and vastly increased energy needs. Industrial waste, the burning of fossil fuels, unrestricted deforestation, the use of certain types of herbicides, coolants and propellants: all of these are known to harm the atmosphere and environment. The resulting meteorological and atmospheric changes range from damage to health to the possible future submersion of low-lying lands. While in some cases the damage already done may well be irreversible, in many other cases it can still be halted. It is necessary, however, that the entire human community - individuals, States and international bodies - take seriously the responsibility that is theirs.

John Paul said that "the ecological crisis reveals the urgent moral need for a new solidarity," particularly in the relations between developed and developing nations, that "States must increasingly share responsibility, in complimentary ways, for the promotion of a natural and social environment that is both peaceful and healthy." He explicitly said that developing nations cannot be asked to apply "restrictive environmental standards" on their economies if more industrialized nations do so first.

Pope Benedict XVI, who was nicknamed "the green pope," specifically addressed "climate change" in numerous statements and speeches. That included his own World Day of Peace message in 2010, titled "If you want to cultivate peace, protect creation."

Can we remain indifferent before the problems associated with such realities as climate change, desertification, the deterioration and loss of productivity in vast agricultural areas, the pollution of rivers and aquifers, the loss of biodiversity, the increase of natural catastrophes and the deforestation of equatorial and tropical regions? Can we disregard the growing phenomenon of “environmental refugees”, people who are forced by the degradation of their natural habitat to forsake it – and often their possessions as well – in order to face the dangers and uncertainties of forced displacement? Can we remain impassive in the face of actual and potential conflicts involving access to natural resources? All these are issues with a profound impact on the exercise of human rights, such as the right to life, food, health and development.

"The Church has a responsibility towards creation," Benedict wrote, "and she considers it her duty to exercise that responsibility in public life, in order to protect earth, water and air as gifts of God the Creator meant for everyone, and above all to save mankind from the danger of self-destruction."

And it was then Francis who delivered the church's most comprehensive message on climate with Laudato Si', writing that "The climate is a common good, belonging to all and meant for all" and essential for human life.

"A very solid scientific consensus indicates that we are presently witnessing a disturbing warming of the climatic system," Francis wrote. "… Humanity is called to recognize the need for changes of lifestyle, production and consumption, in order to combat this warming or at least the human causes which produce or aggravate it."

He later stated that "We know that technology based on the use of highly polluting fossil fuels – especially coal, but also oil and, to a lesser degree, gas – needs to be progressively replaced without delay."

The full answer to this question is not limited to what the institutional church has said or done, of course.

The U.S. Conference of Catholic Bishops highlights nine scriptural references from the Bible regarding the Christian call to stewardship of the earth, beginning with God creating the heavens and the earth in the first chapter of Genesis.

In an NCR column last month, Franciscan Friar Daniel P. Horan celebrated St. Francis as the patron saint of ecology and reminded us how far humankind has strayed from respect for creation.