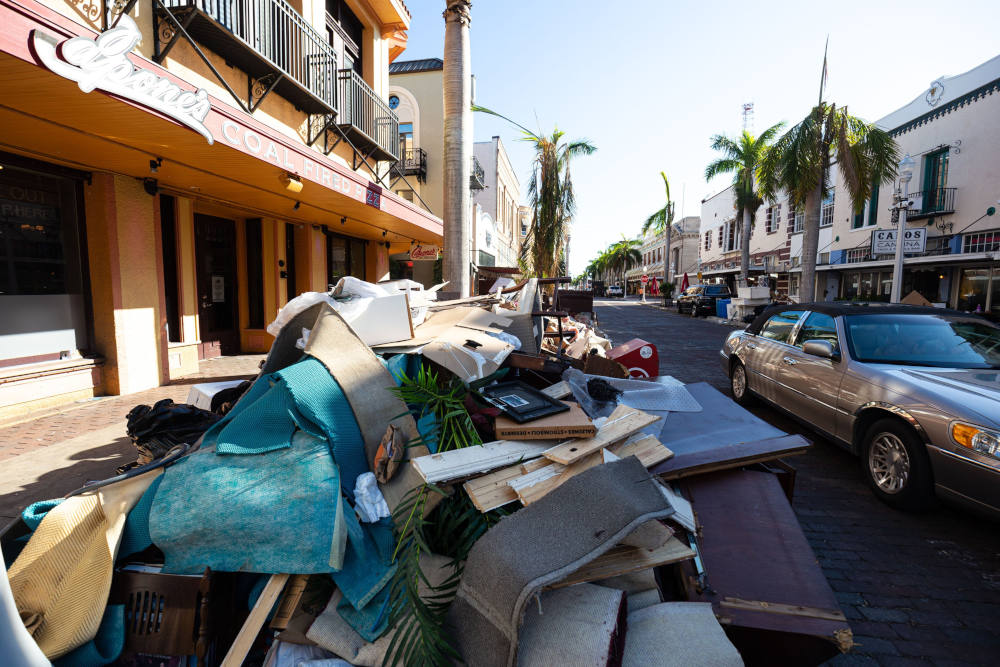 With the full picture of the widespread fallout and damages Hurricane Ian brought to southwest Florida still coming into focus, the Miami region looks on with a collective sigh of relief: What if that had hit here?

From Naples, just two hours west of Fort Lauderdale across Interstate 75, up throughout the greater Fort Myers, Port Charlotte and Sarasota region, many residents and parish communities are facing a challenging close to 2022 and with the holiday season just around the corner.

The post-Hurricane Ian landscape is expected to trigger housing, employment and other cost-of-living complications for the entire state and in particular on the Gulf Coast.

"We saw wind damage and heard stories of those who stayed for the hurricane and the trauma they went through but some areas we have been to saw significant flood damages, the waters had subsided but the needs are going to be there," said Peter Routsis-Arroyo, CEO of Catholic Charities of the Archdiocese of Miami.

He served as CEO of Catholic Charities of the Diocese of Venice before moving to Miami.

Routsis-Arroyo's remarks followed a second tour he took of the area following Hurricane Ian. He connected with his Catholic Charities counterparts in the Venice Diocese and offered moral support during stops at churches and drive-up emergency distribution sites Fort Myers, Arcadia, Bonita Springs and more.

"When you have a house with 4 to 6 feet of water coming in, I don't know if this means your house is not going to be habitable or if you get some mediation done, but you will go through some pain and suffering while all of that goes on," he said Oct 5.

"And then there is the dealing with insurance companies, if you have insurance, and those who don't may be dealing with loss of employment or work, inflation, higher costs. It's all going to lead to making this a humanitarian crisis," he added. 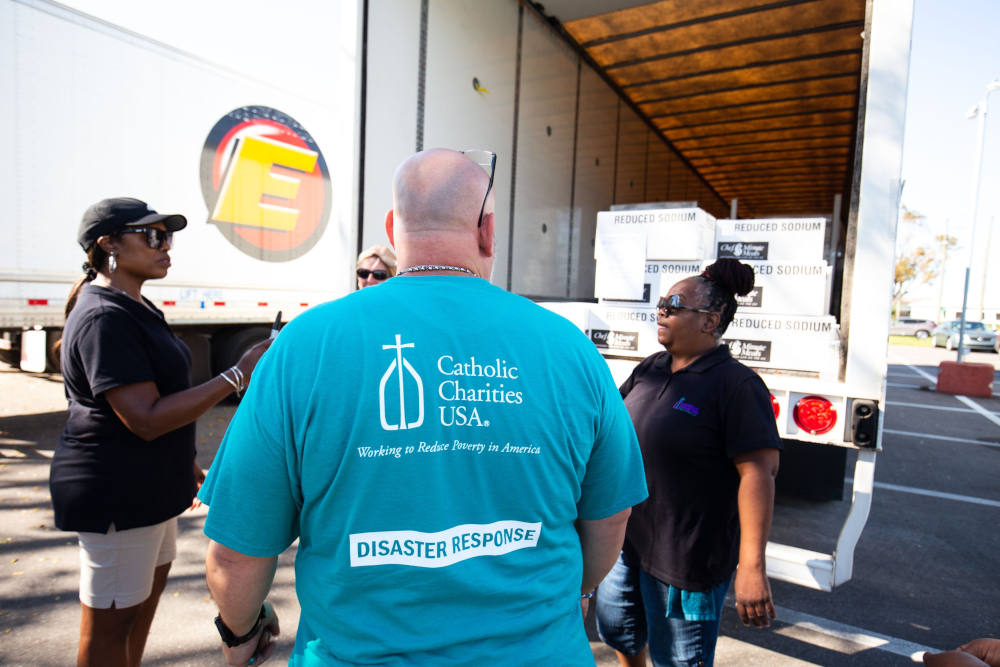 Lee County, which also includes Fort Myers Beach, Pine Island and Sanibel, suffered most of the 119 fatalities related to Hurricane Ian, which made landfall on the state's west coast as a powerful Category 4 storm Sept. 28.

Eddie Gloria, Venice Catholic Charities CEO, has said the easiest way to understand where the damage is greatest is in terms of the central corridor of Fort Myers and Lee County along with dispersed pockets of rural communities throughout the greater 10-county diocese. These areas suffered flooding as river waters spilled over into neighboring housing.

Hurricane Ian brought heavy rains and gusts of 140 mph, but "it took a few hours to cross the town," said Fr. Luis Pacheco, the Venezuela-born administrator of St. Paul's Catholic Church in Arcadia in DeSoto County.

The parish of 600 families is in a farming and largely Spanish-speaking community inland from Punta Gorda and Port Charlotte.

"One week after the hurricane we still had people who haven't been able to leave their homes because they were totally flooded" and because roads in and out of town were impassable, he said.

Also, as the flood waters receded, the community was still waiting for civil engineers to verify that all the local bridges were safe.

The National Guard troops working in the area helped deliver food and water to trapped parishioners. They were "heaven sent," Pacheco said. "They have done an amazing job and are the true heroes." He also praised first responders.

Local Catholic Charities staff have helped facilitate a morning drive-through operation for food and water at the church.

The church campus lost its offices and facilities for religious education classes, and the church roof has developed several leaks. To check on parishioners and their welfare, the church used its ministries' phone trees to contact them.

"We more or less know about everyone through that," Pacheco said, adding that the locals are grateful — and sympathetic to the areas with greater suffering, such as Fort Myers Beach, Sanibel and Boca Grande.

"I learned that we are not to take life for granted, to be centered and to know that the most important thing in life is our relationship with God and each other and everything else is just temporal and not as important as perhaps it once was," the priest added.

Arcadia residents living in trailers may be facing uncertain fate as some of the trailer housing was toppled, flooded or severely damaged in other ways.

"What I am planning to do is give distribution of food packages during the weekdays and then on the weekends hot food; the people bring it in coolers already cooked and from other parishes, he said, adding: "Life has to go back to normal ultimately, God willing."

Clara Alvarez, program manager for education programs for Catholic Charities in Arcadia, said Hurricane Ian temporarily cut her off from accessing her brother who lives on the other side of the nearby Peace River.

Franz Sylvestre, who also is with Catholic Charities, said the local Haitian American community is suffering the loss of work since the hurricane and looking to the church for short-term food assistance.

South of Fort Myers in the suburban area of Bonita Springs and Naples, local newspapers reported that badly damaged trailer home communities were being closed indefinitely and residents were forced to vacate on short notice — and this in a region where rents can run an average of $3,000 a month.

In Bonita Springs, the Catholic Charities staff had a full-time disaster recovery and drive-up distribution operation in full swing at their afterschool program, food pantry and human trafficking/victim assistance office.

Among those being served are residents of three migrant camps in the Imperial River area, said Paulina Matias, director of the Catholic Charities offices in Bonita Springs.

One migrant camp remained evacuated because of fears the nearby river would rise and flood the housing.

Routsis-Arroyo, Miami's Catholic Charities CEO, said it will be a long path back for southwest Florida. but "there is a sense of resilience in the people here."

"They need help and yet they are not giving up their life or homes for Florida: This is home for them and they will just need help to pull it back together," he said.