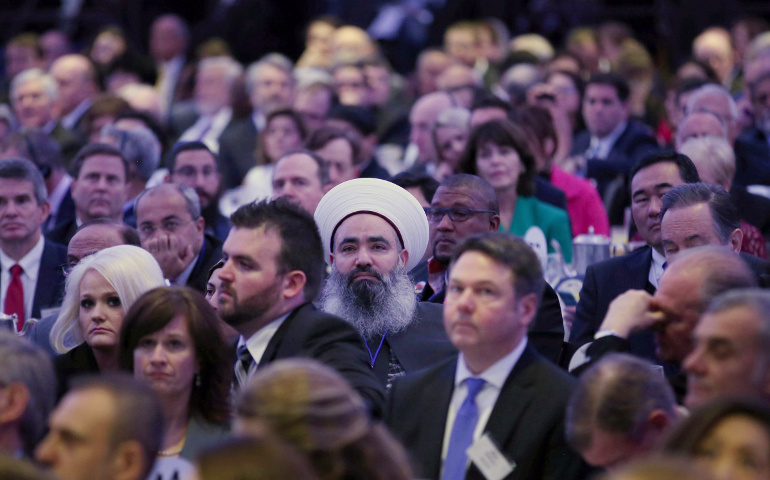 At one level, it seems perfectly reasonable to get rid of the Johnson Amendment, the 1954 law that prohibits churches from engaging in partisan politics or risk their tax-exempt status. President Donald Trump has several times promised to do just that, most recently during the National Prayer Breakfast when he declared his intent to “totally destroy” the amendment “and allow our representatives of faith to speak freely and without fear of retribution.”

That has a thoroughly American ring to it.

After all, if corporations, in the name of political free speech and unrestrained campaign spending, can be deemed persons, then why not churches? Why not take the tether off the pulpit and allow priests and ministers, a considerable number of whom shade just a hair’s breadth short of the law, to give full voice to their convictions?

It’s tempting, but churches — and all other nonprofit 501(c)(3) organizations covered by the statute — should resist. While it can appear that the exchange of a First Amendment right for tax exemption is disproportionate, the reality is that the only thing such entities are constrained from doing is endorsing or opposing specific candidates. On all other matters political, preachers, universities, foundations and other charities can give their concerns full airing.

The amendment in question was named for then-Sen. Lyndon Johnson, who wanted to silence a nonprofit organization that was supporting a political opponent. No one at that time could have predicted that the result of a personal political vendetta could evolve into an essential protection of valued institutions more than 60 years later, in today’s deeply divided political and religious cultures.

The church cannot escape political involvement. Anything that affects humans, especially the most vulnerable, and the common good of society, is of concern to the church. We make no apologies for the church’s involvement in the civil rights movement, the anti-war and anti-nuclear weapons movements, the pro-life movement, or the defense of immigrants and refugees. But political engagement and partisan knife fights are different things. Repealing the Johnson Amendment would inevitably tarnish the church by subjecting it even more to the temptation to politicize the Gospel.

Given the Catholic church’s structure, if the amendment were repealed decisions about speaking from the pulpit, let alone making campaign contributions from tax-deductible donations, would be in the hands of clerics. Church teaching is clear, however, that it is the laity who bear the primary responsibility of introducing the leaven of the Gospel into civil society.

We cringe when we hear pastors get too explicit about partisan politics, and that is with the amendment in place. Imagine the already pronounced divisions within the church widening even more if the restraint on political endorsements were lifted.

According to the Pew Research Center, two-thirds of Americans (and Catholics) oppose allowing churches to choose sides in elections. That broad instinct speaks of a common wisdom. At least in the Catholic church, the life of the community would be forever altered for the worse if priests and bishops, acting in public and formal capacity, had the green light to endorse or oppose individual candidates.

Catholics, already known to give the least among major denominations, are likely to give even less if they knew their donations were going toward support of political campaigns, especially for candidates they personally opposed.

Churches and other nonprofit organizations are free to engage in voter registration drives and voter education programs to explore issues and explain candidate positions. While those who oppose the amendment can make it seem that the IRS stands ready to pounce at the slightest violation, quite the opposite is true.

As NCR senior analyst Jesuit Fr. Thomas Reese noted elsewhere: “In reality, the IRS is so underfunded that the last thing it wants to do is waste agents on watching churches. Nor does the IRS want the political flak it would get if it went after a church.” Investigations are rare and any action taken even rarer.

So what’s the point of having an amendment as a threat if it’s almost never used? Legal scholars speak of a pedagogical aspect to law. In this case the amendment stands as a constant reminder of a bedrock element of our constitutional democracy — that church and state are separate.

Should the proposal to “destroy” the Johnson Amendment pick up momentum, churches especially should raise strong opposition. Our sacred spaces and faith lives, while inextricably bound up with political and social justice concerns, should remain free of partisan conflict.