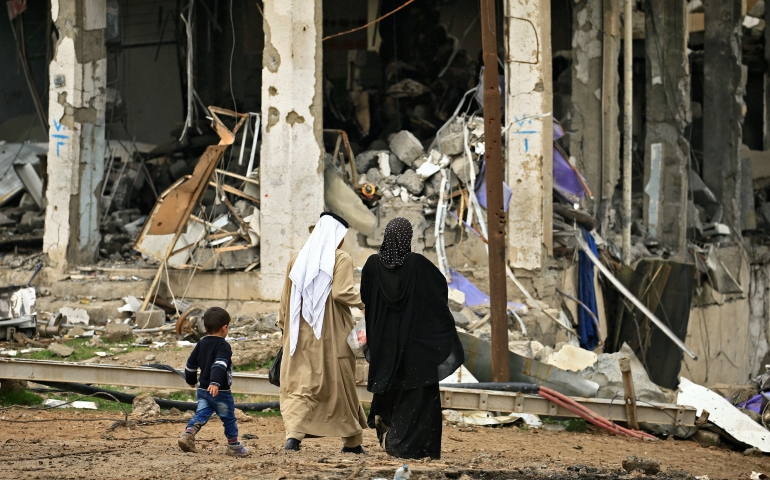 As a Maronite Catholic with family and friends in the Middle East, a doctorate in comparative religion, and more than 40 years of work experience throughout the Arab world, the issues of religious freedom are deeply personal for me. There is no question that in many parts of the world, including the Middle East, vulnerable religious communities are facing threats to their very survival. In other instances, there are states that favor one religion over others and/or impose restrictions on the religious practices or beliefs of others, creating serious problems of discrimination and dispossession.

This matter was dramatically brought to a U.S. audience three years ago by eight patriarchs of the Eastern Christian churches — representing the majority of the Middle East's Christians — appearing together before a conference in Washington, D.C. Their message was poignant and direct: we need your help, but the help we need is not for you to vilify Muslims. Demonizing Islam may generate applause in some circles in Washington, but it does not help Christians in the Middle East.

That simple message was clearly not heard by the makers of the film "Faithkeepers," which is to be screened nationally May 23. While purporting to be in defense of Christians in the Middle East, "Faithkeepers" is a not-so-subtle attack on Islam. The film mixes real stories of Christians and others who have suffered at the hands of ISIS with the insidious insinuation that such persecution is at the heart of the Muslim faith.

Adding insult to injury, the film falsely conflates disparate historical events — the Armenian genocide, the Jewish exodus from Iraq and other Arab countries, and the atrocities committed by ISIS — as if they were all the result of Islam's "inherent" desire to purge all non-Muslims from the region. What "Faithkeepers" ignores is the facts that the 1915 Armenian genocide was perpetrated by a secular movement in Turkey that attacked all non-Turks, including Muslim Kurds, and that the horrific anti-Jewish pogroms in Arab countries that followed the 1948 war were in reaction to Israel's horrific "ethnic cleansing" of hundreds of thousands of Palestinian Christians and Muslims from what to became the "Jewish state."

And when speaking of the Christian exodus from Arab countries over the past century, "Faithkeepers" fails to understand that it was not Islam, but several other factors, that led Christians and other elites to leave the Middle East — namely that Christians had connections, through their churches, with the West, and, when seeking opportunity, the U.S. and Western Europe were obvious desirable destinations. (Note: many Muslims left as well for similar reasons, but they found the Arab Gulf countries or Africa to be more promising and hospitable destinations.)

But none of this matters for the "Faithkeepers," since its central purpose is to demonize Islam. It is not a stretch to make such a claim when we look more closely at the production team that made the film, its funders, and those who are promoting it, most of whom have a disturbing record of disseminating and supporting a number of anti-Muslim propaganda films and organizations. A look at the line-up of individuals and organizations behind "Faithkeepers" reveals a "who's who" collection of the Southern Poverty Law Center's list of Islamophobic "hate groups."

The film itself is a product of the Clarion Project, which has been involved in the production, direction and distribution of other films — including: "Obsession" and "The Third Jihad" — both of which have been discredited as works of notorious anti-Muslim propaganda. According to National Public Radio, Clarion's directors have ties to Aish HaTorah — a pro-Israel group with offices in Israel and the U.S. — and shared an address with that group. Clarion's funding also comes from the same sources that have funded anti-Muslim campaigners like Pamela Geller, David Horowitz, Robert Spencer and Brigitte Gabriel.

Finally, if there were any question as to the intent of "Faithkeepers," that matter is resolved in the film's credits, which note that the film itself was based on an article written by Ayaan Hirsi Ali, an ex-Muslim activist who has described Islam in the most offensive terms.

The bottom line is that vulnerable Christian communities do need protection and support. What they do not need is to be exploited as pawns in a disgraceful effort to demonize another religion. By using the plight of Christians for no other purpose than to further an anti-Muslim agenda, "Faithkeepers" has broken faith with those it claims to be helping.

[James Zogby is president of the Arab American Institute.]