In late September, thousands of schoolchildren stayed home from school in Suva, the capital city of Fiji, due to rumors of "public unrest" circulating on social media. According to FBC News, people who started fake news stories likely intended to hurt the country "economically and politically" by creating panic and shutting down work. Fiji's religious leaders acted promptly to calm, instruct and stabilize the population, which is largely Protestant, Hindu, Roman Catholic and Muslim.

"Because of the 1987, 2000, and 2006 coups," said Catholic Archbishop Peter Loy Chong, "Fiji has been labelled as a country with a coup culture. The coup culture paradigm claims that coups and violence will help politicians and activists achieve their political goals." However, Chong explained, "studies on political resistance and campaigns show that violent methods have a low success rate."

Chong, president of the Federation of Catholic Bishops' Conferences of Oceania and a member of Pax Christi International's Catholic Nonviolence Initiative, addressed the religious path of nonviolence in his message posted to Facebook on Sept. 28:

"God's vision for humanity is the nonviolent life: to make peace with one another; resist the violence and injustice that threaten or destroy this peace; and foster a Church and world where the fullness of this peace is the birthright of all. Jesus, Mahatma Gandhi, Dr. Martin Luther King were all social transformers who were practitioners of non-violence. Peace and non-violence are fundamental values of the world's classic religions. Jesus proclaimed a non-violent vision and showed us a way to live it, even in the midst of violence and oppression. He taught us the unconditional love of neighbor. Jesus called his disciples to love their enemies (Matthew 5:44), which includes respecting the image of God in all persons; to offer no violent resistance to one who does evil (Matthew 5:39); to become peacemakers; to forgive and repent; and to be abundantly merciful (Matthew 5-7)." 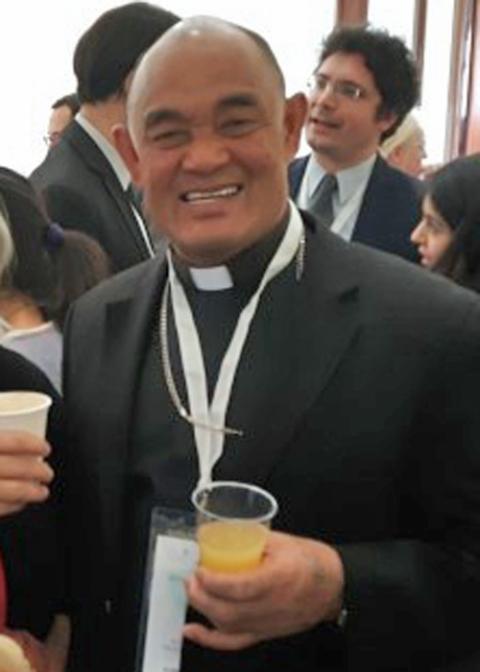 Chong, in consultation with Muslim and Hindu leaders, also addressed nonviolence in those religious traditions. "Islam is a religion of peace. The root of the word Islam is 'silm,' refers to 'making peace.' The basis of Islam is peace. Islam wants peace for its followers and all the other residents of the world. The concept of Karma is essential to Hinduism and is opposed to killing or violence. According to the law of Karma, violence begets violence and this is not the will of Brahman."

Chong reminded Fijians that violence is traumatic and destructive: "Active nonviolence, in contrast, is a spirituality and a way of life that safeguards human dignity and the integrity of creation. Nonviolence touches all facets of life: from our inmost souls, our relationships and our communities to our social, political and cultural interactions close to home and around the world. Studies on nonviolent engagement in contexts of enormous violence and injustice throughout the world reveal the practical power of active nonviolence.

"Our religious traditions teach that non-violence is the method for achieving our social and political transformation. Religious traditions condemn violence because it does not belong to God's nature. Violence gives birth to a spiral and culture of violence," Chong said.

Chong cited research on political resistance and campaigns by Maria Stephan and Erica Chenoweth, which shows that violent methods have a low success rate and that nonviolent resistance is more successful than violent methods. "Our religious traditions and research should inform our political leaders and civil society on how to address and communicate our political and social goals," he said in his statement.

"Our political campaigns should use non-violent methods. Violent (coups) methods as we witnessed in Fiji in the last thirty-two years, only beget more coups and denies human and economic development," he said. "Let us choose wisely how we want to express and communicate our political and social concerns and aspiration."

Fijian commentator Nemani Delaibatiki  wrote that the false social media post warning of violence on Sept. 23 was generated by a Fijian living in Australia. The leadership shown by Chong along with other Muslim and Hindu religious leaders follows best strategic nonviolence practices called "Early Warning-Early Response." EWER requires clear protocols for verification and communication, especially in the context of the use of social media to generate rumors and propaganda. Social media often are used as a propaganda tool by conflicting parties.

Fiji is part of an archipelago of small island states that control key commercial shipping zones in the south Pacific. As reported by The Guardian, The Pacific Blue Shipping Partnership, a coalition of Pacific island governments, announced Sept. 24 that it wants to raise $500 million to make all shipping in the Pacific Ocean zero carbon by 2050.

According to Fuji Sun, On Sept. 30, Chong met with Pope Francis in Rome as part of the regular visits made between representatives of the Episcopal Conference of the Pacific and the pope. Part of their conversation focused on how to combat conflict generated through social media, to offer support for a decarbonized Pacific, and the importance of using Catholic nonviolence as a practiced public response.

[Rose Marie Berger is senior associate editor at Sojourners magazine and a member of the Catholic Nonviolence Initiative.]