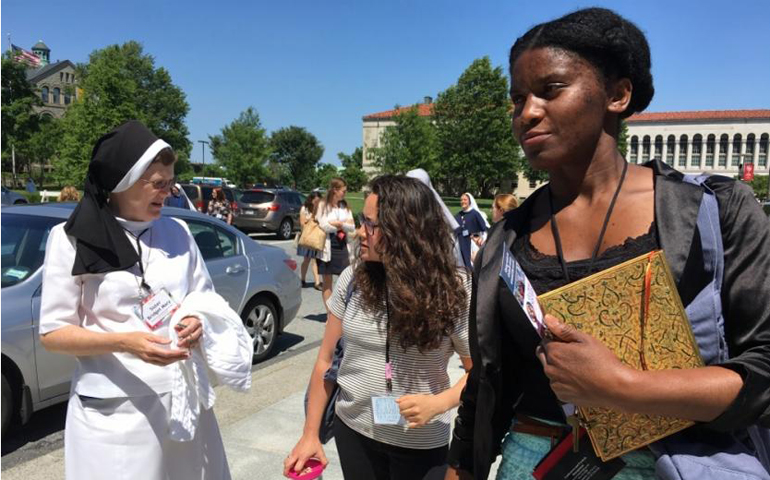 On the first night of GIVEN, Matt Maher's "Hold Us Together" played softly over the speakers as women ambled into the great room at The Catholic University of America's Pryzbyla Center. A few days later, two GIVEN attendees would have an impromptu dance party in this same room, twirling to this same song.

But on the first night, there was no dancing, only laughter and hugs as old friends reconnected and new friends met for the first time.

The inaugural GIVEN forum, which took place June 7-12, was the brainchild of the Council of Major Superiors of Women. As Sister of Life Mother Agnes Mary Donovan, chair of the CMSWR board, told Global Sisters Report the sisters were inspired to create a leadership forum for young Catholic women when the Conrad N. Hilton Foundation encouraged the organization to find a creative way to celebrate the Year of Consecrated Life. (The Conrad N. Hilton Foundation also funds Global Sisters Report.)

The end result was GIVEN, a weeklong, full-scholarship program that brought more than 300 women between the ages of 20 and 30 to Washington, D.C., to learn about what Pope John Paul II called "feminine genius" and how to channel that genius into "authentic leadership."