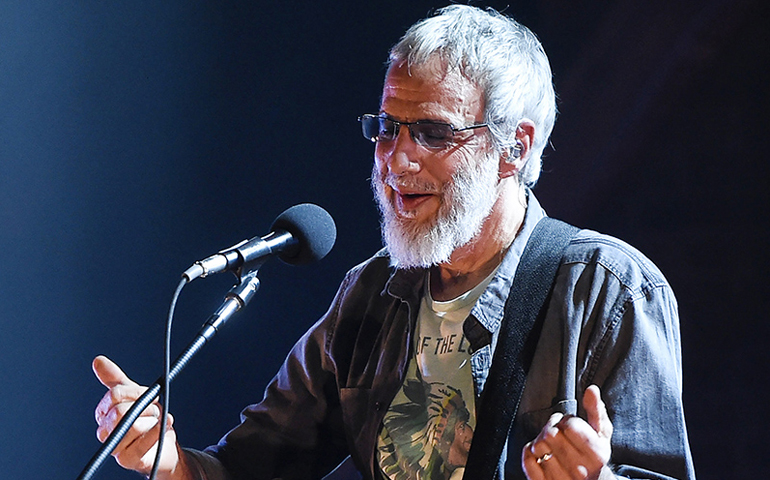 Trying to build a congregation and raise money for a new Islamic center in the pre-internet age of the late 1970s required some ingenuity. So the small group behind one of Nashville's first mosques rented a P.O. Box and mailed invitations to every Muslim-sounding name in the phone book, hoping for the best, Elberry said.

The members had no idea that word of their efforts to start the Islamic Center of Nashville had reached Yusuf Islam, the famous British musician and Muslim convert also known as Cat Stevens, until his check arrived in the mail.

"I was thinking, 'What a miracle,'" said Elberry, who was a Vanderbilt University graduate student from Egypt at the time.

Group members combined the singer's donation of nearly $2,000 with the rest of the cash they managed to scrape together and paid $29,000 for a modest house on 12th Avenue South, said Dr. AKM Fakhruddin, a founding member of the mosque.

"I visited the centre yesterday and found a great openness to share message of unity, love and peace which I had discovered," Yusuf said in an email to The Tennessean on Monday. "I am proud that the Centre in Nashville has become a beacon for understanding and sharing spiritual values. It was obviously money well spent!"

For his millions of fans, hearing from Yusuf in the late 1970s would have seemed miraculous, too.

Soon after he converted to Islam in 1977, the musician essentially vanished from the popular music landscape as he embraced his new faith. But after a hiatus that spanned decades, Yusuf has returned to the spotlight. Since 2006, he has released several new studio albums, and he embarked on a new U.S. tour in 2014. He performed in Nashville for the first time in 40 years on Tuesday, as his "Cat's Attic" tour came to the Ryman Auditorium.

"What shocked me in those early days was how little people knew or wanted to know about 'others.' I had gone through that barrier," Yusuf said. "The real battle front today is still ignorance and mutual distrust. It seems people have forgotten what faith is supposed to do."

It's imperative that all religions teach people how to live harmoniously, Yusuf said.

"The commandments I learnt loud as a child are hardly whispered anymore, like looking after your neighbour. These were the rules laid down by our Creator, for the benefit and betterment of everybody," Yusuf said. "'The 'Big Ten' are repeated in the Qur'an and other sacred Books, in so many verses and chapters. What is missing is commitment."

AKM Fakhruddin remembers how Yusuf's donation lifted the group's morale. They were worshipping on Vanderbilt University's campus and money was tight. A couple months after Yusuf's check arrived, the singer himself did, too. He drove around looking at properties with AKM Fakhruddin and others, the founding member said.

Eventually, a site was picked, and they moved into a house at the corner of 12th Avenue South and Sweetbriar Avenue in 1979. It wasn't a safe neighborhood at the time, and a couple dozen years would have to pass before redevelopment would transform the area into the highly desirable 12South. But they bought what they could purchase outright since adhering to Islam's prohibition on paying interest was important to them, AKM Fakhruddin said.

Despite its humble beginnings in November 1978, the Islamic Center of Nashville would eventually emerge as a welcoming guide for Middle Tennessee's growing Muslim community, as well as a key driver of the city's interfaith efforts.

"We were at the forefront of introducing the Muslim faith and community to the Nashville community," Elberry said. "Those of us who came and had little children wanted really to have a place for the kids to be able (to) pray and know their religion. And now, I'm overwhelmed with the amount (of) Muslims and mosques that are here."

Yusuf also donated an additional $15,000, and the Islamic center used it to buy an adjacent property, allowing it to expand to its current footprint. The house served as a place of worship until 1989, when the current building replaced it. The center opened its doors to Kurdish and Somalian refugees in the 1990s until they were able to start their own worship spaces. By 1995, the Islamic center was able to buy land on Charlotte Pike for a religious school.

As Nashville's Muslim community continued to grow, Yusuf's musical side remained on hold. He has said he didn't pick up a guitar for 20 years until his son brought one home, just a few months after the Sept. 11 attacks. Last year, he told Rolling Stone that part of his decision to return to music was the desire for the world to see "one non-violent Muslim on TV."

"There was so much antagonism in the world," he said. "Many Muslims have come up to me, shook my hand and said, 'Thank you! Thank you.' I'm representing the way they want to be seen. So much of the middle ground gets forgotten in the extremities we witness around the world."