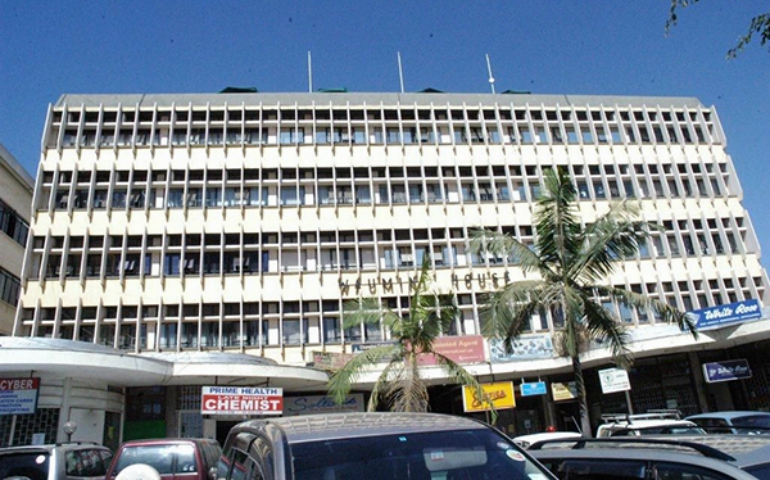 The Kenya Conference of Catholic Bishops was sued by a tenant of the conference’s Waumini Building in Westlands, Kenya, who claimed his six-year lease was terminated on religious grounds. (RNS/Fredrick Nzwili)

The Kenya Conference of Catholic Bishops has been ordered to pay a Somali Muslim restaurant owner 13 million Kenyan shillings ($125,000) for breach of contract and discrimination along ethnic and religious lines.

The High Court in Nairobi ruled that the church owes the Al-Yusra Restaurant Ltd. compensation for evicting it from Waumini House, where the conference is based.

Nearly 82 percent of the people in Kenya are Christians.

Bishop Philip Anyolo, the chairman of the Kenya Conference of Catholic Bishops, termed the ruling one-sided and denied discriminating against the Muslims.

"We find the ruling very unfair. We are studying it and we will be making our response," Anyolo told RNS in a telephone interview.

Waumini House is about half a mile from Westgate Shopping Mall, where a terrorist attack in 2013 left at least 67 people dead. The attack was blamed on al-Shabab, the Somalia-based al-Qaida affiliate in East Africa.

In earlier interviews, some of the bishops suggested the restaurant was evicted due to security concerns.

The judge issuing the ruling said the court had found the church in violation of the constitution after it unlawfully ended its tenant relationship with a Somali Muslim  tenant.

Part of the compensation is for renovation work the restaurant chain had undertaken before the eviction. The rest is for discrimination.

The restaurant had signed a six-year lease to operate in the building in 2013 and sued the church after it was locked out of the premises the following year.