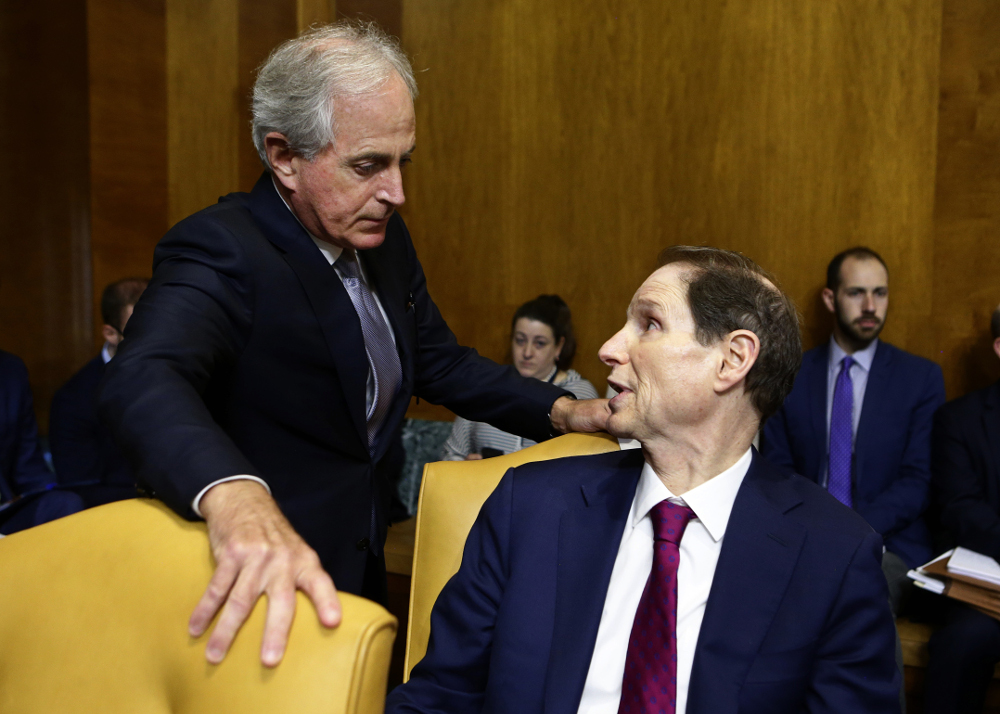 More than 2,400 religious faith leaders, including hundreds of Catholic women religious and dozens of priests, asked the U.S. Senate to vote down tax cut legislation.

In a Nov. 29 letter to senators, the leaders called the bill "fiscally irresponsible" and said that it "endangers our country's economic health." The letter added that the Tax Cuts and Jobs Act "disproportionately benefits the wealthy at the expense of vulnerable people and low-income families."

The letter expressed concern that the legislation, with its complexity, was "being recklessly rushed through Congress" without enough time for review by voters.

The correspondence was sent under the auspices of the Interreligious Working Group on Domestic Human Needs and the Interfaith Healthcare Coalition. It was addressed to Sen. Mitch McConnell, R-Kentucky, and Sen. Charles Schumer, D-New York, Senate majority and minority leaders, respectively.

"As people of faith, we view decisions about tax policy and the federal budget as moral decisions. Simply put, this proposed legislation is fundamentally unjust. If it becomes law, it will result in harmful consequences for those most needing support so as to the benefit of high-income earners and big corporations," the letter said.

Citing findings by the congressional Joint Committee on Taxation, the faith leaders expressed concern with the bill's provisions to roll back cuts for low-income earners beginning in 2021, saying that by 2027, they would see a 25 percent tax hike. The bill calls for tax cuts to remain in place for upper-income earners.

The letter pointed to the bill's repeal of the individual mandate under the Affordable Care Act as a concern, saying that it would cause "catastrophic losses in health coverage."

Other apprehensions raised by the signers include the estimated $1.5 trillion growth in the country's debt over the next decade because of lost revenues and that they feared spending on social services for poor and vulnerable people would be reduced to compensate.

The letter's final point addressed the negative effect of the legislation on charitable giving. The signers contend that because tax filers would be less likely to itemize taxes under new rules, fewer people would benefit from making charitable donations.

The letter was released a week after Bishop Frank Dewane of Venice, Florida, chairman of the U.S. bishops' Committee on Domestic Justice and Human Development, called some provisions of the bill "fundamentally flawed" in a letter to senators.

While supporting some sections of the bill, he urged the rewriting of provisions that "will raise income taxes on the working poor while simultaneously providing a large tax cut to the wealthy."

The full text of the religious leaders' letter can be found online at www.networklobby.org/SenateTaxLetter.