Boston College's theology department chairman, Professor Richard Gaillardetz, has been cleared of allegations of sexual assault against a former classmate from over three decades ago, following an independent investigation.

In a statement provided to NCR, Boston College noted that the accusations against Gaillardetz "are not only not credible but are also false," according to the law firm of DeMoura Smith LLP, which was retained by the Jesuit-run institution to investigate the allegations.

Gaillardetz will resume his duties in the department later this month.

In February, NCR first reported that Gaillardetz, professor of Catholic systematic theology and a former president of the Catholic Theological Society of America, had been accused by theologian Laura Grimes in a series of YouTube videos made public in January. The allegations date back to 1987 when the two were graduate students at the University of Notre Dame.

At the time, Boston College stated that an independent investigation into the allegations was underway and that Gaillardetz had voluntarily stepped away from his teaching and administrative duties while the investigation took place.

"The firm considered the totality of the evidence gathered, assessed the credibility of witnesses, and applied a preponderance of the evidence standard to its work," noted the Boston College statement on April 5. 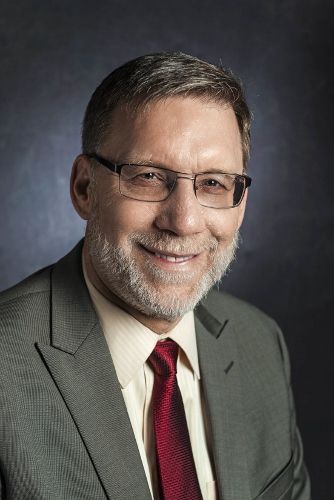 According to Black's Law Dictionary, a preponderance of the evidence is "superior evidentiary weight that, though not sufficient to free the mind wholly from all reasonable doubt, is still sufficient to incline a fair and impartial mind to one side of the issue rather than the other."

"We confirm that our investigation was independent and free from any external influence or interference by the college or anyone acting on its behalf," the law firm's report concluded. "The conclusions we reached are the result of our independent professional analysis and judgment concerning the matter and based upon a significant evidentiary record."

"In light of the firm's opinion that the weight of the evidence supports a conclusion that the allegations are without credibility, Boston College will take no further action in this matter," the university noted.

Gaillardetz, who has denied the allegations against him, told NCR that he had "never sexually assaulted or harassed anyone, nor have I engaged in a sexual encounter with a partner that was in any way non-consensual."

"I have never had sex with someone while they were my student, undergraduate or graduate," Gaillardetz said in a statement emailed to NCR on April 5. "In my three decades of work as an educator, no one has ever made any allegation of sexual misconduct against me. The reason no one has answered Dr. Grimes's social media entreaties for 'other victims' to step forward is that there have been no victims, period."

"Dr. Grimes' allegations have imposed a deeply unjust burden of suffering on my wife, my family, and me," Gaillardetz continued. "Yet we must remember that baseless accusations also harm the cause of true victims everywhere. They undermine the privileged concern that victims rightly deserve and expect."

In response to NCR's request for comment, Grimes said did not accept the findings of the law firm.

"The claim of non credibility was a foregone conclusion given misogynist misunderstandings of sexual assault and actual consent in both church and society," she wrote via email, adding, "the further claim of falsity is obviously unprovable as well as vindictive."