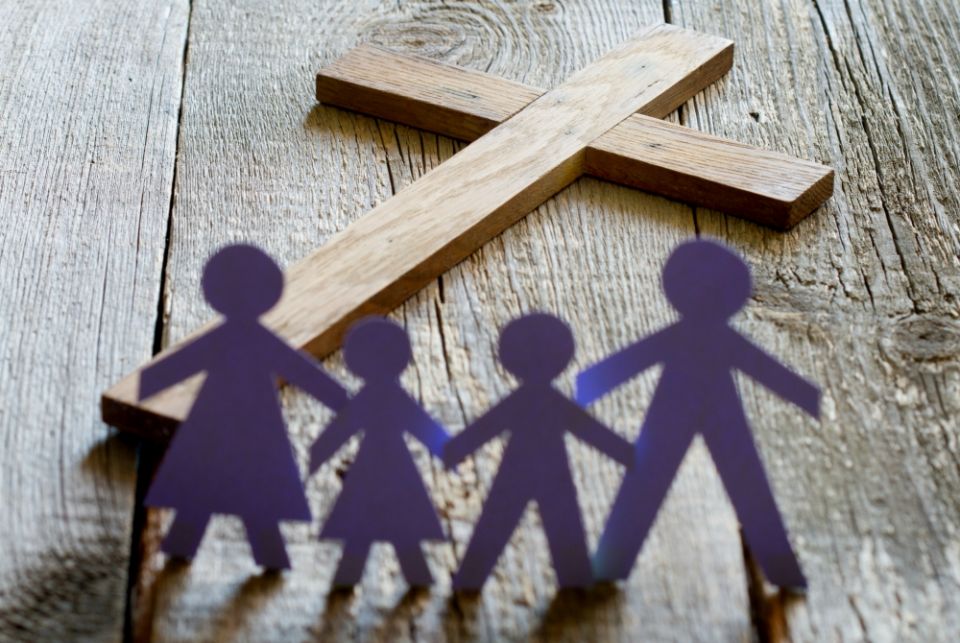 Paris — As the Catholic Church of France is coming to terms with scandals of clergy sexual abuse and abused women religious, other victims of canon law have been asking for recognition. They are the sons and daughters of priests.

Following a promise made in February, three children of priests met June 13 with Bourges Archbishop Jérôme Beau, president of the French bishops' Commission for Ordained Ministers and Lay Ecclesial Ministers.

"This was a very encouraging meeting, said Anne-Marie Mariani, one of the three members who were representing the group she founded, Enfants du Silence or "Children of Silence."

She said the meeting with Beau is just the beginning and that another is planned for October.

"The church has agreed to open its archives and help children of priests know more about their fathers," she said. Children of priests "often find out the truth only upon their [father's] death," she noted. "We are now hopeful that these situations won't happen again."

She added there is no way to know how many children of priests there are in France.

Beau said, "What matters is first to listen to these children of silence who express their suffering and to understand what is at stake."

This meeting comes at a time when the French Catholic Church is trying to regain credibility after damaging revelations of numerous sexual and spiritual abuses by priests toward children and women religious.

For years, Mariani has asked the church to recognize children of priests, to understand the suffering of many of these men and women who felt illegitimate and were often rejected.

According to psychologist Marie-Françoise Bonicel, "These children often feel the same way as illegitimate children, who have at least one parent married to someone else than their other parent. But the feeling that they should not have been born is harder to bear, because their existence is the result of a transgression not only of a human law, but of a sacred commitment, that some people see as God's law."

Mariani, now a grandmother, learned when she was 17 that her father was a priest and her mother a nun when they met. Her father did not really want to become a priest and would have preferred to have a family.

Her mother, a war orphan, was raised in a convent and felt she owed it to the sisters to join the congregation. She was sent to Algeria, where she worked as a nurse and met Mariani's father. When she became pregnant, she was sent back to France. It took three years for the couple to be reunited with their daughter.

Mariani first told her story in a 2014 book, Le droit d'aimer (The Right to Love).

She then got to know other children of priests and began the association Enfants du Silence. The group now has 70 members.

"This was to be a place where we could all listen to each other, because you have to have lived through such a situation to understand it and measure the other person's suffering," she told NCR.

Douze enfants de prêtres témoignent (Twelve Children of Priests Testify), published in 2017 by the association, contains stories of years of suffering. All of authors felt they were a family secret no one wanted to talk about.

"I have always lived in total insecurity," Léa recalled. Now 45, Léa spoke to NCR on the condition of anonymity. "It would be the end of my academic career," she said.

Her father was a Jesuit, working as a philosophy teacher in Paris. When he met her mother, also a teacher, he decided to quit the Society of Jesus to marry her and have children. Both their families were shocked. "Some relatives called us children of Satan," she said.

Léa's father got a teaching job in Brittany, where some families found out he was a former priest. "We were insulted; our yard was wrecked. To this day, I wonder why my parents did not leave to go to the anonymity of a big city."

"We never talked about his past. My mother told us not to ask questions, since it was painful to him. 'Your father should never have had children,' " Léa said her mother once remarked. Léa has struggled with depression and has spent time in psychiatric wards.

"If these children feel their father has committed some sort of treason, they may feel to have to repair something, to atone for what they consider a fault," psychologist Bonicel said.

"They may feel guilty to exist even though they know their father was not a priest anymore when they were born," she added. "If they cannot talk about it, the burden of what is not said is heavier to bear. When we are wounded, we all react differently: Some wounds are like gangrene and cause a lot of damage to the victim. Others can be fertile and give strength. There is no general behavior pattern."

Related: Children of priests: 'an invisible legion of secrecy and neglect'

"When I was 17, a neighbor told me my father was the village priest," Sylvie told NCR. It was such a shock "that I lost my hearing completely. I did not want to hear anything anymore. Everything became clear: why my mother did not show any love for me and why I was insulted and felt rejected by the whole village. My mother may have hoped the priest would marry her, but he did not want to."

Sylvie, who is now in her 40s, answered NCR's questions on the condition of not giving her full name.

"It took me five years to regain my hearing. I knew God would not abandon me," she added.

Not every child of a priest or former priest has had such a hard time dealing with their father's previous life. Basile and Raphaëlle de Truchis, both in their late 20s, talk about it very freely.

"I remember very well when our parents told us over dinner that Dad was a priest before being married," Raphaëlle recalled. "We asked a lot of questions, but I do not remember it being difficult for us. We went to church, catechism, our parents have always been involved in parish activities."

The family lived in a suburb of Paris where the neighbors' opinions, if they had any, did not really matter.

Pope Francis has spoken clearly about the responsibility of priests who have children.

"When a priest fathers a child, his first duty is towards this child. He has a duty to leave the ministry and take care of his child, even if he decides not to marry the woman. Because that child has as much right to a father who is physically present as it does to a mother," he wrote in his book On Heaven and Earth, published while he was archbishop of Buenos Aires, Argentina.

"We do not always know of children of priests," said Bishop Guy Thomazeau, former head of the Montpellier Archdiocese in Southern France and former president of the French bishops' commission for family affairs. "We do provide financial support for these children when we can. But often, the family wants to keep the secret about the father's past, or prefers to move to another diocese."

Breaking the law of silence is at the core of the question: "It's about time the Catholic Church made a distinction between an apostolic life and celibacy," argues former priest Michel de Truchis.

The Catholic Church has frowned upon priests marrying for centuries, stating so at the Council of Elvira at the beginning of the fourth century. But it wasn't until the Gregorian Reform in the 11th century that the church forbade it entirely, for fear of seeing financial resources drained by families of priests. This was not the only reason, though, explained Alain Cabantous, former modern history professor at University of Paris-I, Panthéon-Sorbonne.

"The aim of the Gregorian Reform was mainly to stress the importance of the status of the priest," he said. "He was not an ordinary man. He was someone special, belonging to a sacred sphere."

[Elisabeth Auvillain is a freelance journalist based in Paris.]

A version of this story appeared in the July 12-25, 2019 print issue under the headline: French priests' children get answers .

Your thoughts on geofencing, women in the church, pro-life movement and more

Your thoughts on eliminating the priesthood

Your thoughts on parish instructions and invalid baptisms