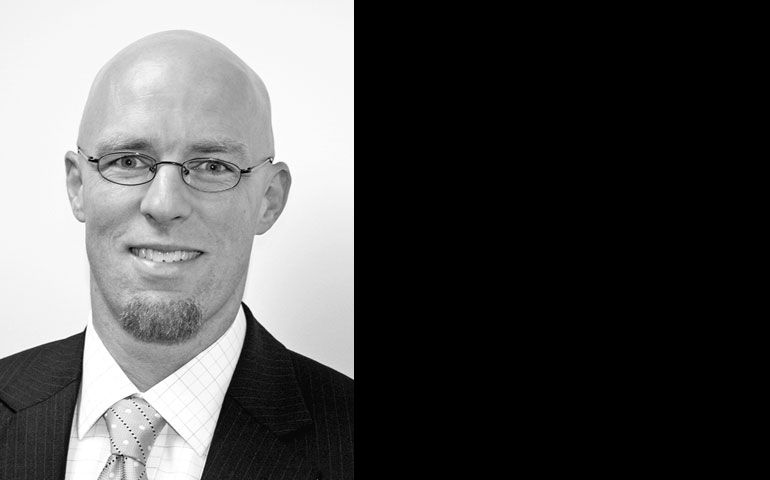 Poor coal. It seems like everyone is running for the door these days when it comes to investing in this dirty fossil fuel. The country of Norway and the city of Seattle are moving to divest their funds from coal. Religious organizations like the United Church of Christ, the Church of England, and universities like Oxford, Stanford and Georgetown have announced plans to either divest from coal or reduce their holdings.

Founded in 1981, Christian Brothers Investment Services is a for-profit investment adviser with more than $6 billion in assets under management. It is a global investment management firm with offices in New York, Chicago and Rome, and a leader in responsible investing for Catholic institutions.

NCR: Is Catholic responsible investing more of a marketing gimmick than a serious investment strategy?
Nielsen: It's a serious strategy. How do we incorporate Catholic values, beliefs into the investment process? At a high level, we want to avoid evil and do good. Too often the focus [of responsible investing] is on negative screening, and while this is important, the Catholic church wants to have a positive impact on people's lives. ...

CBIS does more than negative screening. We align the Catholic church's desire to do no harm while promoting the common good.

Our first screen is called Life Ethics and covers abortion, abortifacients, contraception, and embryonic stem cell research. Here, any company involved in the production of such products or research are automatically screened out and we do not invest in them.

In the case of your second screen, Pornography, the application is not entirely straightforward.
Pornography can cause a difference of opinion on how to apply this screen. Do you screen out the producers of pornography or the distributors of pornography?

In big multimedia companies, pornography generates a little revenue. In fact, issues of net neutrality may prohibit media and Internet companies from turning off pornography. While we are not okay with distributors of pornography, we are not prohibited from investing in them. So we apply revenue threshold of 10 percent or more in revenue from pornography -- then we do not invest in it.

We identify companies by what they do. For example, Brown-Forman, one of the largest alcohol companies in the world, is a very ethical company with a focus on sustainability, but is screened out due to what it does: creates alcohol products.

Your third screen, Violence and Militarism, creates interesting outcomes.
This is basically the weapons screen. We respect the right to bear arms and focus on the end use of the weapons. The amount of weapons in the world at current levels is in excess of what is needed. We automatically screen out land mine manufacturers. We screen out investments in firearms, unless manufactured for police work.

We apply a four-prong test or assessment on the amount of revenues generated by companies making nuclear weapons, conventional weapons, weapon support systems, and the company's dependence on the revenues from these products and systems.

The factors receive different weightings. For example, nuclear weapons and land mines are more negatively weighted because they kill indiscriminately. Each company receives an aggregate score and then the companies are sorted by scores.

Examples of companies that we screen out under Violence and Militarism are General Electric Company, Raytheon Company and Lockheed Martin Corporation.

The fourth screen is Tobacco. How does this screen operate?
While the Catholic church does not proscribe the use of tobacco, our investors raised serious concerns about investing in tobacco, especially the Catholic health care organizations who put a high priority on the tobacco screen, so we have an absolute prohibition.

What do you do in promoting the common good as Catholic investors?
I estimate that half of the language in the USCCB investment guidelines talks about active ownership, especially promoting human dignity, diversity and so on.

In terms of coal, for example, there's no ethical way to produce coal, as it's the dirtiest fossil fuel. So we get out of the dirtiest polluters, yet we depend on fossil fuels for energy. We want to work with fossil fuel companies in order to reduce the negative impact on the environment. At the same time, there's a strong case not to invest in coal due to underperformance.

Fracking is another divisive issue. Some view fracking as negative to the environment; others don't. Our approach is "not all bad or all good," but it's a better alternative than coal and it can be a chance to improve society, reduce the environmental impact by working with the local community.

What about the issue of marriage equality and Catholic responsible investing?
CBIS has taken a strong position against discrimination in hiring and promotion. People should not be discriminated against in the workplace. Public policy, however, is not where CBIS' expertise lies. We are focused on the operations of companies. There are church agencies that advocate the church's views on these issues.

Given Pope Francis' new encyclical on climate change and the cultural changes taking place in the U.S., are your current four screens adequate or do you need updated screens or altogether new screens to better reflect today's understanding of Catholic responsible investing?
There are new investment frontiers -- for example, in fossil fuels -- and a lot of questions are being raised. We have been working with BP PLC and Royal Dutch Shell PLC for many years to adopt climate change strategies and disclosures. CBIS, along with others, co-filed shareholder resolutions. Both companies have since committed to issue public reports in 2015 and 2016 on their efforts to address climate change. It took years to get this done.

New issues are being developed and creating diverse investment opinions among Catholics. The USCCB investment guidelines are guidelines, not criteria. They need to be interpreted and some disagreement is healthy.

And there is a lot of power in the investments to affect change at companies through active ownership, and Catholic investors should take the next step [beyond negative screening] and use all the tools to do so.

Triage and ventilator rationing not the only ethical issues in pandemic, bioethicists say

US Congress, more diverse than ever, falls far short of country's diversity