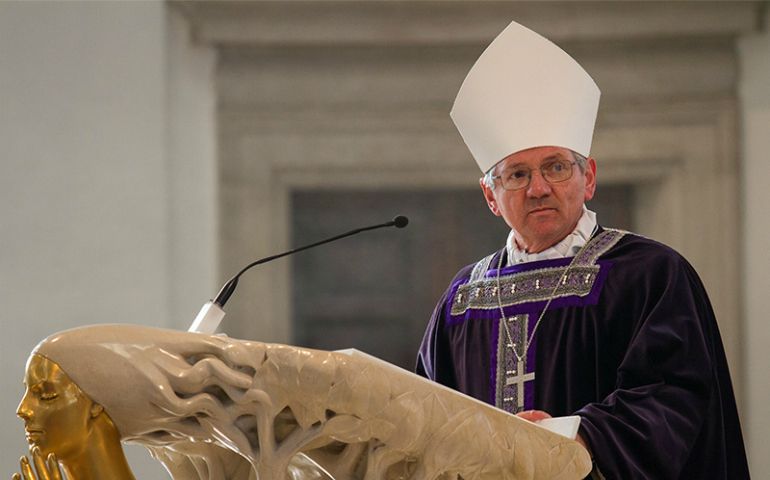 The allegations concerning Fr. Mario D’Orlando were brought to the attention of the diocese when an anonymous letter was sent to a Naples bishop. D’Orlando denied the charges when he was summoned by the city’s archbishop, Cardinal Crescenzio Sepe, but is now facing a formal inquiry conducted by local church officials.

“He has been removed from his position while the investigation is underway,” a spokesman for the cardinal told Religion News Service. “I have no further comment.”

In the northern city of Padua, a 48-year-old priest, Fr. Andrea Contin, is facing defrocking as well as judicial proceedings amid accusations he had up to 30 lovers, some of whom he took to a swingers’ resort in France.

Contin was removed from his parish of San Lazzaro after three women came forward with complaints against him last December. Bishop Claudio Cipolla of Padua cut short a visit to Latin America to deal with the scandal.

“I am incredulous and pained by the accusations,” Cipolla told a news conference last month. “This is unacceptable behavior for a priest, a Christian and even for a man.”

One woman, who claims to have been Contin’s lover for more than three years, claimed the priest carried sex toys and bondage equipment, prostituted his lovers on wife-swapping websites and also invited other priests from the area to sex parties.

“Even if, at the end of this affair, there are no legal consequences, we have a duty by canon law to take disciplinary action,” said Cipolla.

He also revealed Pope Francis had telephoned him personally at the end of January to offer his support and urge him to stay “strong.”

Since his election the pope has taken a tough line on ethical behavior in the church though he has also recognized the reality of human imperfection and personal flaws.

In recent weeks he has spoken out many times against “temptation,” and last week he told a gathering of clergy at the Basilica of St. John Lateran in Rome that faith could not progress without the challenge of temptation.

“Temptation is always present in our lives. Moreover, without temptation you cannot progress in faith,” he said.

Alberto Melloni, professor of church history at the University of Modena and Reggio Emilia, said there is nothing unusual about scandals in the priesthood.

“There is no sin that a cleric doesn’t commit. Scandals to me seem quite normal,” he told RNS.

“And I think the illusion of stopping scandals through better selection of personnel is not very promising and has not yielded great results. ”

Francis has frequently called for a more rigorous screening process for seminarians, and he has taken direct action when scandals erupt in Italy.

A case in point: When reports of “playboy priests” surfaced in the Italian diocese of Albenga-Imperia in the northern region of Liguria in late 2014, the pope sent a special envoy to investigate claims that clerics had posted nude photos of themselves on gay websites, sexually harassed the faithful and stolen church funds.

Austen Ivereigh, commentator and author of “The Great Reformer: Francis and the Making of a Radical Pope,” said the pope distinguished between sinfulness and corruption and was intent on “rooting out” corruption inside the church.

“The remedy for those who succumb to temptation is forgiveness and a fresh start,” Ivereigh told RNS. “The problem is when priests turn their backs on the people, lead hidden lives and end up justifying their conduct. That’s corruption.

“And it’s only possible in the priesthood because of clericalism. That’s why the pope is so intent on rooting it out.”