Diocese warned of priest's aberrant behavior one year before arrest 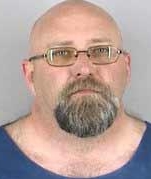 Fr. Shawn Ratigan was arrested May 19 on three counts of possessing child pornography.

KANSAS CITY, Mo. -- The principal of a Catholic elementary school warned the Kansas City-St. Joseph chancery office that a local priest “fit the profile of a child predator” six months before the diocese took any action to remove him from ministries dealing with children.

Fr. Shawn Ratigan, 45, was arrested May 19 on three counts of possessing child pornography, six months after the diocese took its first action to limit the priest’s involvement with children by moving him to a local home for religious sisters.

The letter, written by Julie Hess, the principal of Saint Patrick School, is dated May 19, 2010 -- nearly one year before the arrest. In her letter, Hess pleads with the diocesan vicar general, Msgr. Robert Murphy, to consider a list of incidents teachers observed at the school involving Ratigan that “raised significant red flags.”

NCR confirmed the authenticity of the letter with a source at the school who did not wish to be identified. The diocesan communications director, Rebecca Summers, confirmed by phone that Murphy had received a letter from Hess about a year ago, but said she could not comment further on it. Calls to Murphy this afternoon have not been returned.

“I seek to fulfill my responsibility as school principal in relaying a growing body of parent and teacher concerns regarding Pastor Shawn Ratigan’s perceived inappropriate behavior with children,” writes Hess at the beginning of the letter.

“Parents, staff members, and parishioners are discussing his actions and whether or not he may be a child molester.”

The principal then outlines a series of incidents reported to her by members of the school’s faculty and students’ parents that raised concerns. They include:

The letter concludes: “[Staff members] believe that Father spends so much time at school he isn’t able to get other important things done. Father is at school every day for long periods of time. He is usually present at arrival time, during morning prayer, recess, lunch, dismissal, and after school. He also visits the early childhood center most every day.”

Ratigan was arrested May 19 on three counts of possessing child pornography. He was arraigned May 23 in Clay County court, and he pleaded not guilty to the charges. He is scheduled to appear in court again June 16.

At a May 20 session at St. Patrick’s parish where Ratigan served as pastor for a year,
Bishop Robert Finn fielded questions from distraught parishioners, including Hess. During the session, Hess said she had personally delivered the letter to Murphy to “share our concerns.”

“I said [Ratigan] needs to be talked to about boundaries with kids, this is not okay, this is making us uncomfortable,” said Hess. “And I assumed that things would change.”

Following Hess’ letter, Murphy met and had a talk with Ratigan “toward the end of the school year,” a source familiar with the school told NCR. The person also said people on the staff of the school were not made aware of any admonishments given to Ratigan, but that the priest was “not quite as present the last week of school as he had been in the past.”

In a letter released from the Kansas City diocese May 20, Bishop Robert Finn said he first learned that a laptop computer owned by Ratigan contained “many images of female children,” including one of an “unclothed child,” in December. The bishop said that he described one of the images to a police officer and was told it “did not constitute child pornography.”

According to guidelines established by the U.S. bishops in their 2002 Charter for the Protection of Children and Young People, independent review boards in each diocese are to help the bishop “in his assessment of allegations of sexual abuse of minors.”

A member of the review board in the Kansas City diocese told NCR last week the group had never been notified of the Ratigan matter.

When asked why the review board wasn’t told of the concerns about Ratigan in December, Summers said in a phone interview that the bishops 2002 charter says diocesan review boards should be convened only “when you have a specific allegation of abuse” by a priest or other person in diocesan ministry.

“We did not have that,” said Summers. “The charter did not address a situation such as this.”

“But as part of the follow-up to the situation, the bishop already has talked to the chair of the independent review board, and others, and they have been discussing expanding the role of the review board so that, in the future, a situation such as this…could be heard.”

After Ratigan attempted suicide Dec. 17, when emergency workers found him unconscious in his closed garage with his motorcycle running, Finn said he sent him "out of state" for psychiatric care, according to the letter.

When the priest returned to the diocese, Finn said in the letter that he sent him to a community of the Sisters of St. Francis of the Holy Eucharist with instructions to not attend or participate in events where children were present. Finn also said the priest "did not have his computer or his camera in his possession during this period."

More smoke and mirrors from the Vatican on child sexual abuse