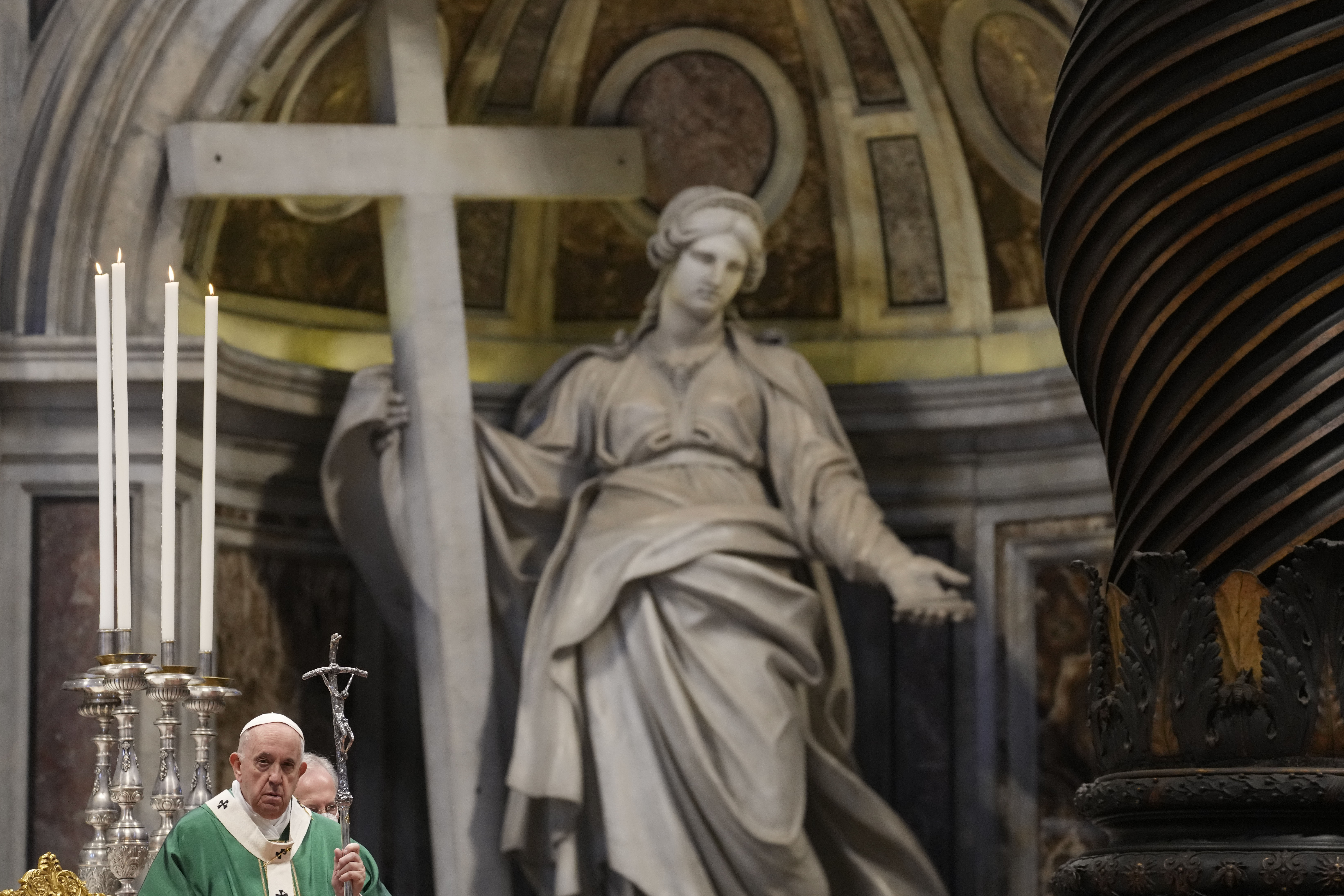 In this Oct. 10, 2021 file photo, Pope Francis holds the pastoral staff as he celebrates a mass in St. Peter's Basilica for the opening of the bishops' synod, at the Vatican. A European court ruled Tuesday, Oct. 12, 2021, that the Vatican couldn't be sued in a local court for sexual abuse committed by Catholic priests, affirming that it enjoys sovereign immunity and that the misconduct of priests and their superiors cannot be attributed to the Holy See. (AP Photo/Gregorio Borgia, file)

A European court agreed Tuesday that the Vatican couldn't be sued in a local court for sexual abuse committed by Catholic priests, affirming that it enjoys sovereign immunity and that the misconduct of priests and their superiors can't be attributed to the Holy See.

The European Court of Human Rights dismissed a case brought by two dozen people who said they were victims of abusive priests in Belgium. The 24 had argued the Holy See was liable because of the “structurally deficient" way the Catholic hierarchy had for decades covered up cases of priests who raped and molested children.

The plaintiffs appealed to the Strasbourg-based court after Belgian courts ruled they had no jurisdiction given the Holy See’s immunity as a sovereign state.

The European court said the Belgian judges were correct and that the victims hadn’t been deprived of their right to have access to a court. It restated the Belgian court ruling that the Holy See enjoys sovereign immunity and that no exception to that rule applied since the misconduct of bishops in handling abuse cases couldn't be attributed to the Vatican.

Citing the Belgian decision, the European court said the pope wasn't the “principal" of his bishops, “that the misconduct attributed directly to the Holy See hadn't been committed on Belgian territory but in Rome; and that neither the pope nor the Holy See had been present on Belgian territory when the misconduct attributed to the leaders of the church in Belgium had been committed," according to a summary of the ruling.

The European court said it wasn’t appropriate to substitute its own assessment since the Belgian decision hadn’t been arbitrary or unreasonable.

Tuesday’s ruling, the first time the Holy See's immunity was tested by the European court, was a Chamber judgment. Both sides have three months to ask that the case be heard by the court’s Grand Chamber for a final decision.

In a dissenting opinion, Judge Darian Pavli disputed the Belgian court’s finding about the level of authority that the pope exercises over his bishops. He argued Belgian judges hadn’t considered evidence that the pope does in fact hire and fire bishops and that the Vatican as a policy had imposed a code of silence over the handling of abuse cases worldwide.

As a result, Pavli argued, the European tribunal should have found that Belgian judges did indeed deprive the victims of access to a court.

The Holy See has successfully argued in U.S. courts that the pope isn't the boss of his bishops, blocking attempts by victims who have similarly tried to hold the Holy See and the pope liable for their abuse. More such lawsuits have been filed in recent years, including from victims of ex-Cardinal Theodore McCarrick, who was defrocked by Pope Francis in 2019 after a Vatican investigation found he sexually abused minors and adults.

These lawsuits have cited a Vatican-commissioned report published last year that found a series of popes, Holy See officials and bishops downplayed or dismissed reports of his sexual misconduct as he rose through the church hierarchy.

The Vatican declined to comment on the ruling, saying it speaks for itself. The victims' lawyers didn't immediately respond to an email seeking comment.

Anne Barrett Doyle, co-founder of the online resource BishopAccountability.org, said the ruling was a “galling reminder” of the Vatican's impunity because of its status as a sovereign state.

“The church’s dual identity as a religion and a state allows it to shape-shift according to the threat it faces in courts," she said in a statement. “No other religious institution enjoys the same buffet of legal protections. The result is that the church repeatedly evades justice and its untold millions of victims are left to suffer."