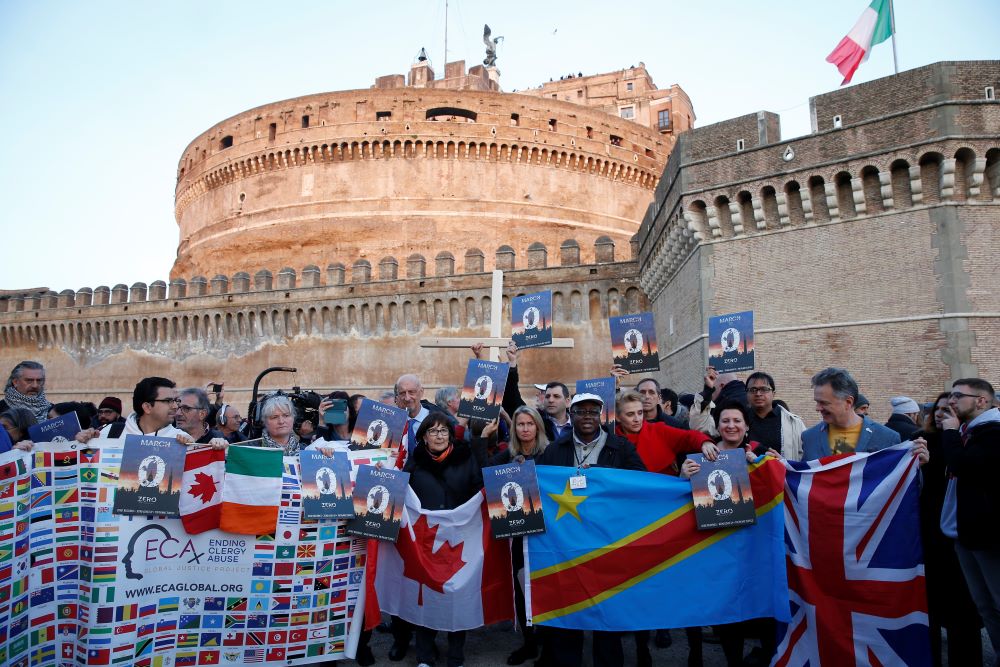 Clerical sex abuse survivors and their supporters rally outside Castel Sant'Angelo in Rome in this Feb. 21, 2019, file photo. The rally took place during a three-day Vatican meeting after Pope Francis summoned the heads of bishops' conferences in 130 countries for a summit on the protection of children. Francis described the meeting as "a powerful gesture of pastoral responsibility in the face of an urgent challenge." (CNS/Paul Haring)

Last month, scholars from all over the world met to discuss projects related to the clergy sexual abuse as part of Fordham University's "Taking Responsibility" initiative. Some attendees disclosed their abuse by Jesuit priests, adding a palpable solemnity to the larger, systemic issues that make up the Catholic sexual abuse crisis. These stories also laid the backdrop for how important it was to research and answer exactly how Jesuit institutions can "take responsibility."

I attended the conference as a consultant for a project focused on youth empowerment. As a professional sexologist, I study the intersection of Catholic sexual theology and the growing field of human sexuality studies. I am also a Catholic scholar formed by Jesuits.

The conference is part of a larger, grant-funded initiative in which "Jesuit Educational Institutions Confront the Causes and Legacy of Clergy Sexual Abuse," as the project's tagline says. The event was thoughtful, raw and sensitive, full of intense conversations and rich dialogue. Attendees had a clear awareness of the issues and seemed energized to work toward solutions for both Jesuit institutions and the church as a whole. From what I could tell, it was a place where lovers of the church collaborated to conceive of ways to help the church grow from where we are now.

Over the weekend, I heard some good frame-shifting concepts: two regarding language about sexual abuse and one about racial implications.

The team from Gonzaga University discussed how they use the term "Catholic sexual abuse crisis" to note that clergy abuse is only one piece of the abuse that happens in Catholic contexts. Megan McCabe cited, for example, instances of David Haas' alleged abuse and nuns who abuse.

The second note on language came from a conversation with a woman from the United Kingdom, who said she no longer uses the word "crisis" because what we are dealing with is much more persistent and long-lasting than a crisis. These are important language shifts that point to the larger and more pervasive structures in place that allowed (and continue to allow) Catholics to sexually abuse.

It was a bit surprising to me that not once during this conference did I hear the term "sexual coercion," which has been a topic of study and discussion for years. To hear sexual abuse being talked about so much at this conference but no mention of coercion tells me that the church still needs to broaden its scope of the issue.

Abuse is a type of coercion, but coercion is so much more. People said there was no category for adults being assaulted by priests or even worse, victims being told by representatives of the institution, "Well, at least he didn't rape you," as if to count themselves lucky to not have experienced that type of sexual coercion. Not only is that an utterly horrible response to someone who has been sexually assaulted — no matter the nature of the assault — but it tells me that when we focus on "abuse" as a church, we are looking at one aspect of sexual coercion as a problem worthy of being addressed and not the broader whole.

I propose we consider not just "sexual abuse" but "abuse of sexuality." By that I am referring to how we as an institution of Catholics foster an atmosphere of ambiguity, indifference, secrecy, ignorance and harm around sexuality, not just around bodies and genitals. I am referring to the use and misuse of teachings about sexuality that encourage maladaptive sexual development, the perpetuation of Catholic messages that can be harmful to others, and the perpetuated ignorance of sexuality that harms entire groups of people. 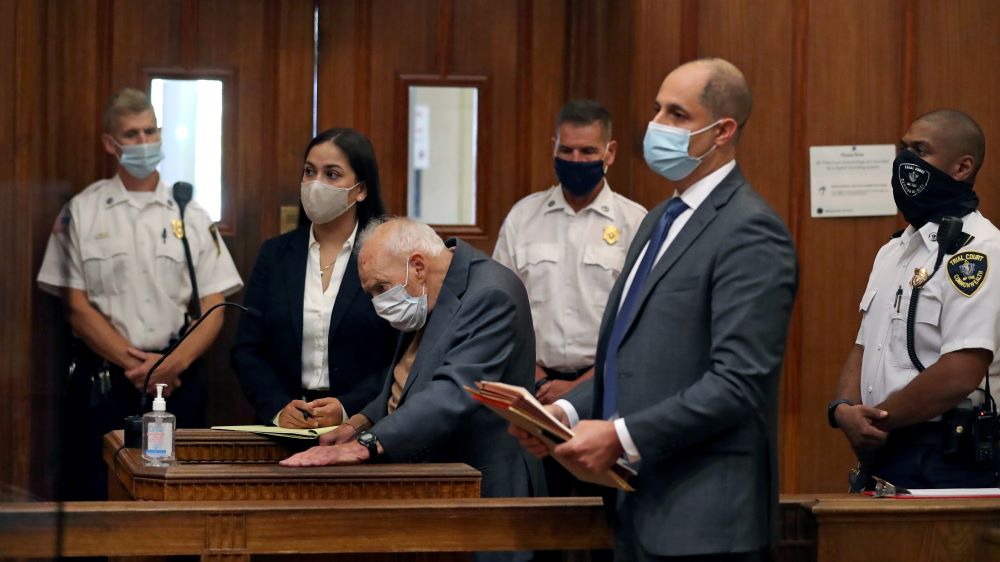 Former Cardinal Theodore E. McCarrick wears a mask during arraignment at Dedham District Court in Dedham, Mass., Sept. 3, 2021, after being charged with molesting a 16-year-old boy during a 1974 wedding reception. McCarrick was dismissed by the Vatican from the clerical state in 2019 following an investigation of accusations that he had abused multiple children early on in his career of more than 60 years as a cleric and had abused seminarians as a bishop in New Jersey. (CNS/Reuters pool/David L. Ryan)

Clergy sexual abuse is only one aspect that comes from this Catholic abuse of sexuality and must be discussed and addressed on scales both big and small. But malformation around sexuality is bound to continue without addressing multiple systemic realities in the Catholic faith. To foster sexually healthy Catholic adults that together foster a sexually healthy community, here are four broad components of Catholic sexual culture we should address.

We can no longer tolerate a culture of fear around sexuality.

Catholic erotophobia, or the fear of talking about sexuality, has held Catholic institutions back from effectively addressing the many ways sexuality exists in our society. It is no wonder a group of people who likely did not have adequate sexuality education in their schools struggles with how to address matters of sexuality in their institutions. Catholic leaders have likely not had adequate sexual and relationship education in ways that help them make sense of sexual coercion, talk about sexual health, or even understand healthy and abusive relationship patterns. Instituting comprehensive sexuality education can help protect children from sexual abuse.

Not tolerating a culture of fear around sexuality means looking honestly at our resistance to bringing into our schools' sexuality education programs shown to reduce child sexual abuse. It means looking critically at what constitutes a sexually healthy adult and how our Catholic faith helps foster or impede this formation. This will help us gain the tools we need to talk effectively about sexual abuse, coercion and harm; sexual trauma; victims, survivors and copers; sexual autonomy; and so much more. This can help create a culture of sexual heath and community of sexually healthy people. Safeguarding then is not something you need to do as a Band-Aid to a problem, but is a byproduct of a sexually healthy community.

It is no wonder a group of people who likely did not have adequate sexuality education in their schools struggles with how to address matters of sexuality in their institutions.

Along with fostering a healthy sexuality within the laity, the church must commit to addressing this culture of fear and subsequent ignorance and avoidance (i.e., abuse of sexuality) within priestly formation. While there may be some of sexual formation in seminaries, priests are not often educated about sexual health, giving them an understanding of the many ways sexuality exists in our lives including and beyond its genital nature.

When priests are given comprehensive sexuality education, they have the tools to make sense of how sexual trauma works in intrapersonal, interpersonal and institutional ways. They can understand the experience of their own sexual desires and the types of behaviors that contribute to sexual satisfaction while understanding sexual boundaries. They can better identify how gender dynamics can influence relationships. They can differentiate between coercive and non-coercive behaviors. If many priests are dealing with sexual shame, this formation can help them identify the sources of this shame and process it effectively. 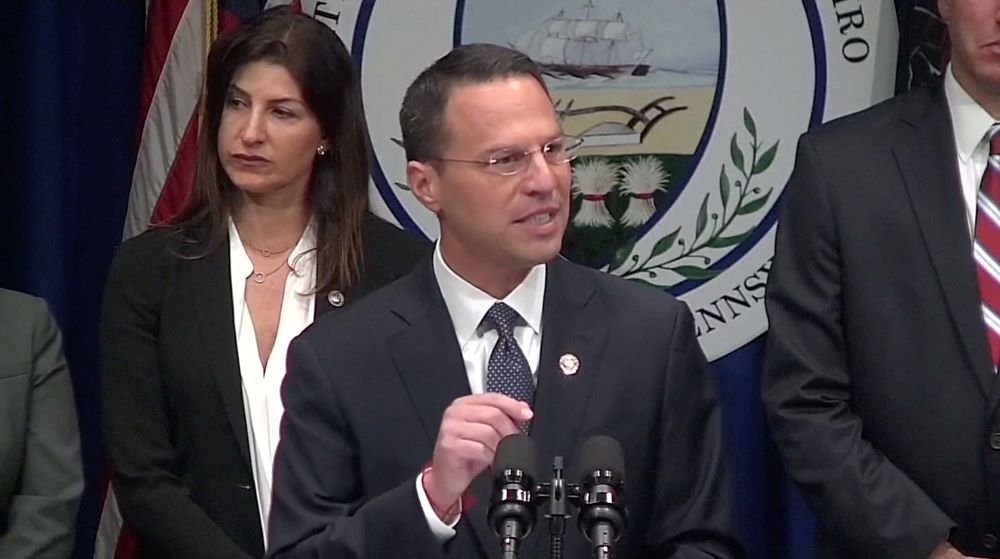 In a screen grab taken from video, Pennsylvania Attorney General Josh Shapiro speaks during an Aug. 14, 2018, news conference to release a grand jury on a monthslong investigation into abuse claims spanning a 70-year period in the dioceses of Harrisburg, Pittsburgh, Scranton, Allentown, Greensburg and Erie. (CNS/Reuters video)

As called for by Vatican II (Gravissimum Educationis, 1) and reiterated by Pope Francis (Amoris Laetitia, 280), Catholic leadership needs to take seriously the issue of religious sexual shame and highlight the goodness of embodied sexuality. Statements from the hierarchy acknowledging the dynamics of sexual dysfunction in the institution and its complicity in keeping Catholics sexually ignorant can be a groundbreaking starting point for the Catholic Church. It can instill faith that church leaders are aware that there are larger systemic issues related to sexuality and that it has played an important part in facilitating a Catholic culture of sexuality that does not acknowledge and revere the sexual goodness of all people. I understand this is a very large step, but it can be incredibly meaningful to those harmed by a Catholic abuse of sexuality.

There are victims who still are not being heard. Adult survivors are being told by Catholic leaders that their abuse "doesn't count." Not only do official statements need to address all types of sexual abuse, but victims, survivors and copers should be included in the process from beginning to end. Commitment to taking a trauma-informed approach throughout this process means committing to asking how victims feel they have been validated and heard throughout this process.

Therapists, clergy, sociologists, economists, organizational theorists, theologians, formators and trainers attended the Fordham conference. This grant gifted the church with the opportunity for interdisciplinary collaboration on this extremely important matter. From this work came great pieces on practical steps that can be taken on institutional levels. We need to continue this work and bring even more scholarship into the fold.

Of the many ways interdisciplinary collaboration is important, the church needs to take a critical look at Catholic sexual theology and the sexual health literature about issues related to sexual integration—or being able to grow into sexually healthy adults. Our understanding of human sexuality has grown immensely in the last 100 years, and we must incorporate what we've learned into our Catholic sexual theology.

Refocusing our attention on healthy sexuality encompasses abuse prevention and so much more. A sexually healthy church is a safer church. Until we make this a focus in the Catholic church, our abuse of sexuality will continue to produce faith-based sexual abusers — a fundamental contraction of the Gospel.

As a community, we must continue finding solutions toward becoming a sexually healthy people to end sexual abuse in the Catholic Church and beyond. Working toward the common good is part of our Catholic faith. As St. John Paul II wisely observes in his encyclical Sollicitudo Rei Socialis, we do this "because we are all really responsible for all."