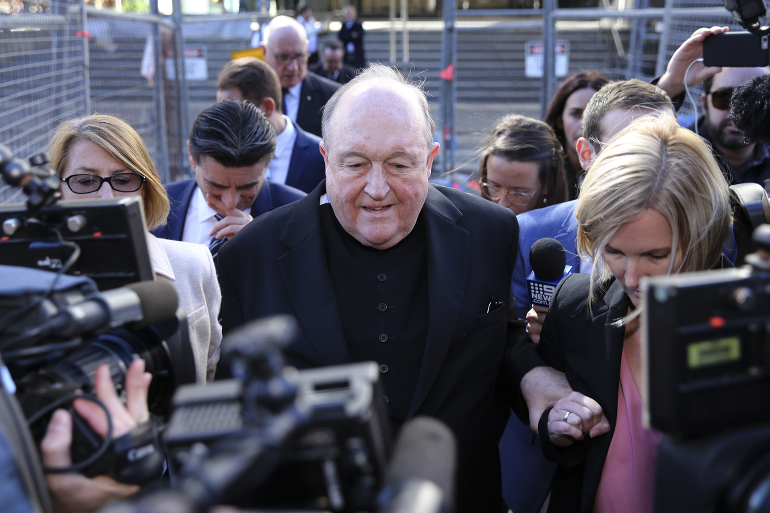 Pope Francis has appointed an apostolic administrator to run the Australian archdiocese of Adelaide, where Archbishop Philip Wilson has been found guilty of neglecting to report clergy sexual abuse as a priest in the 1970s.

In an unusual Sunday bulletin, the Vatican announced June 3 that Francis has named Bishop Gregory O'Kelly of the neighboring diocese of Port Pirie as administrator sede plena, marking a rare instance of a pontiff delegating one bishop to step in and take control of a diocese still technically belonging to another.

Magistrate Robert Stone of Newcastle Local Court found Wilson guilty May 22 of not reporting knowledge of another priest's sexual abuse in the 1970s. Although the archbishop initially said he stay in his role in Adelaide even after the guilty verdict, he later announced he would "stand aside" from leading his archdiocese on May 25.

Apostolic administrators are appointed by popes to assume the role of a diocese's bishop, normally in cases where the prelate has died or become otherwise incapacitated. Such cases are referred to as sede vacante, or "empty seat."

The 2004 Congregation for Bishops document Apostolorum Successores describes appointment of an administrator sede plena, or "full seat," as an "extraordinary action." In such a case, the document calls on the diocesan bishop "to cooperate in the total, free and serene fulfillment of the apostolic Administrator’s mandate."

Port Pirie is about 140 miles north of Adelaide. O'Kelly, a Jesuit aged 76*, has been bishop there since 2009. He had previously served from 2006-09 as an auxiliary bishop of Adelaide under Wilson's leadership.

Wilson, who is suffering from the early stages of Alzheimer's disease, said he did not remember two altar boys reporting the other priest's abuse to him in the 1970s. The archbishop's sentencing is set for June 19. He faces a maximum of two years in prison.

In a memorandum to the people of the diocese of Port Pirie later June 3, O'Kelly said he had been appointed the administrator of Adelaide "to address some of the needs occuring in the Archdiocese out of the present circumstances where Archbishop Wilson has stepped down from episcopal duties."

"Archbishop Wilson remains as Archbishop, but the exercise of episcopal responsibilities are transferred to the Apostolic Administrator," said O'Kelly. "This is a circumstance demanding communication and sensitivity, and your prayers are asked for all concerned."