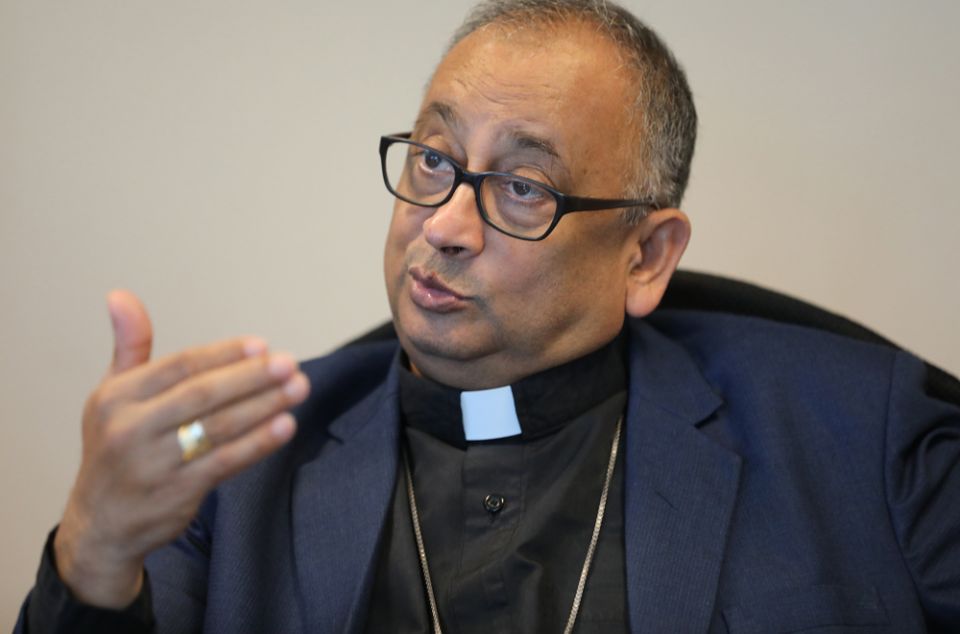 Brooklyn, New York — When Bishop George Pallipparambil was named in 2005 to lead the newly formed Diocese of Miao, India, he knew he was to lead a church of the laity. There was no other alternative.

As a Salesian priest, he had ministered in the region since a church was first formed there in 1979 with the baptisms of 900 people. It now boasts some 90,000 Catholics, led by 156 lay catechist leaders, with 96 diocesan and religious priests, as well as 165 religious sisters.

"It was planted, watered and nourished by laypeople and it continues," Pallipparambil said Oct. 16 in an interview conducted at the offices of the U.S. chapter of Aid to the Church in Need, a group that supports impoverished dioceses such as Miao. Pallipparambil was in the U.S. on a tour seeking support.

As the bishop of a small, impoverished diocese, Pallipparambil is on the frontlines of a post-Vatican II church which seeks out the gifts of laity. At the same time, as a church leader in sometimes hostile territory, Pallipparambil is convinced that the church's enemies are responsible for sensational national headlines implicating a fellow bishop.

As the Diocese of Miao grows, much of the church in India is facing turbulent times. Radical Hindu factions have targeted Christians and Muslims in recent years, including the killing of priests, nuns and lay Catholics.

The church has been wracked by internal strife as well. Bishop Franco Mulakkal of Jalandhar has been accused of rape by a nun from the congregation of the Missionaries of Jesus. Mulakkal was arrested in September and released on bail Oct. 15. [See the full story at Global Sisters Report.]

The Indian bishops' conference has called for prayers for the accused bishop as well as his accuser. But Pallipparambil, for one, does not believe her story, seeing it as a pretext for persecuting the church.

"The circumstances do not allow us to believe it," he said. According to Pallipparambil, the charges were concocted by enemies of the church and provide a diversion for a government coping with rising inflation and a rural economic crisis that has resulted in a rash of suicides by farmers.

The protests in support of the accuser, including a hunger strike by sisters in front of the country's Supreme Court, has raised issues about the role of women in the church, and whether there should be women priests so that the sacrament of confession is not corrupted by male sexual predators.

"The entire focus has changed from the one person to the bigger issues," he said, proof, according to Pallipparambil, that the accuser's case is being exploited by enemies of the church.

Those issues are largely being fought far beyond Miao, a region where life expectancy is about 45 years. Survival remains a pivotal concern. Catholics frequently bring spirituality directly into the home, constructing makeshift altars with images of Mary and Jesus, with regular morning prayers seeking safety and security.

"It is a poor church for the poor," said Pallipparambil. 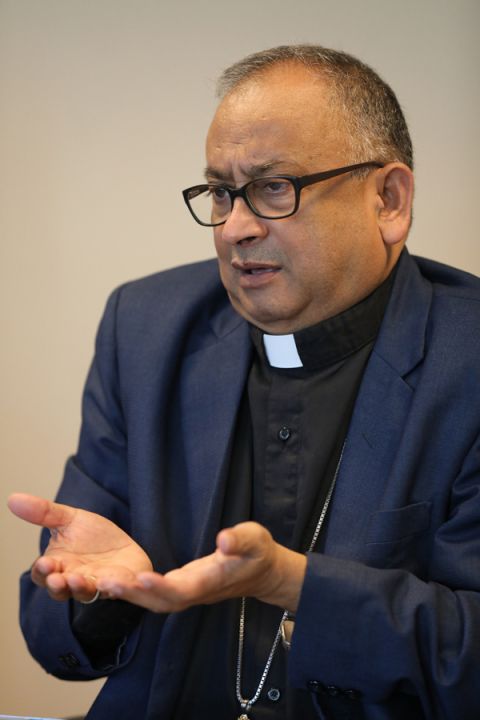 Located in the remote northeast corner of India, on the Tibetan border, the Diocese of Miao grew among animist tribal groups, whose culture is closer to that of similar groups in China and Tibet than it is to the rest of India. Those who venture outside the region, because of their strong Asian appearance and low status in the Hindu caste system, are often discriminated against.

Pallipparambil ministered in a region where church activity was curtailed, as the Indian government prohibited Christian influence there for decades in a troubled province racked by tribal warfare. The government feared that missionary work would aggravate tensions. Pallipparambil was himself jailed in Christmas of 1980 for a short time because of his missionary efforts.

But the bishop said the church has been a force for good in the region, curtailing tribal warfare and promoting women's rights and education. The Christianizing of the region created an opportunity to call for a truce among the tribes which was brokered by Pallipparambil. Before becoming bishop, Pallipparambil, who is from southern India, walked from village to village, surreptitiously spreading the word about Jesus. Now, as a formally consecrated bishop, he works above ground with the blessing of the government authorities.

A diocesan synod has laid out a pastoral plan, focusing on evangelization, both renewing the faith of established Catholics while reaching out to tribes who have yet to embrace the church. Youth groups travel from village to village, describing Jesus to tribes who have not heard about Christianity before.

The diocese is also embracing the teachings of Pope Francis on the environment in a region where the natural world is threatened.

Much of the strife in Miao is caused by battles over precious water rights. Logging interests have cut through forests, aggravating the problem of water runoff. Palipparambil urges Catholic school students to stop killing birds with darts, and to focus on planting trees.

Catholic schooling has paved the way for social change in the region, said the bishop, as educated young people have returned to their villages, immersed with ideas elevating the role of women. (Pallipparambil said that traditional tribal culture treated women as tradable chattel.)