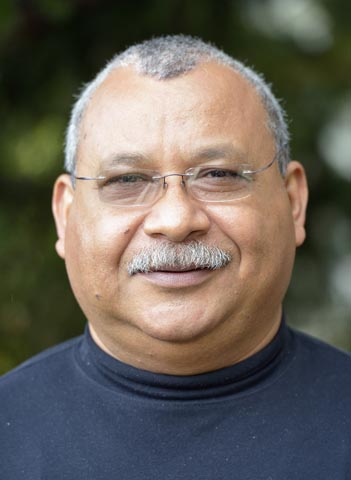 A Jesuit priest who has received death threats for his human rights work in Honduras will speak at the 25th annual SOA Watch vigil outside the gates of Fort Benning, Ga., a tradition local police and the military tried to shut down earlier this year.

Fr. Ismael Moreno, known as Padre Melo, is the director of Radio Progreso based in northern Honduras, which has reported on human rights abuses since the military coup in 2009 that overthrew the democratically elected president, Manuel Zelaya.

The coup was led by Gen. Romeo Orlando Vásquez Velásquez, a two-time graduate of the U.S. Army's School of the Americas, now known as the Western Hemisphere Institute for Security Cooperation (WHINSEC).

Afterward, the Obama administration allowed the training of Honduran officers to continue at the school despite a federal law requiring that U.S. military aid and training be suspended when a country undergoes a military coup.

"The de facto government suspended key civil liberties, including freedom of the press and assembly," according to a 2014 Human Rights Watch report. In the ensuing days after the coup, "security forces responded to generally peaceful demonstrations with excessive force and shut down opposition media outlets, which caused several deaths, scores of injuries, and thousands of arbitrary detentions."

Honduras' murder rate spiked after the coup, and its 2012 rate of 90.4 per 100,000 -- the latest U.N. figures -- puts it in a class by itself as the murder capital of the world. Honduran youth fleeing the violence make up the highest number of migrant children seeking entrance into the US.

Padre Melo, who was friends with the Jesuit priests slain by SOA graduates in El Salvador in 1989, has had his life threatened since condemning the 2009 military coup in his country.

Along with the rest of the vigil, his appearance hinged upon the resolution of the face-off between SOA Watch and Fort Benning officials and the City of Columbus, Ga., police who tried to shut down this year's vigil, set for Nov. 21-23, by limiting the number of participants to 200 and by denying SOA Watch a permit to set up a stage and sound system near the base entrance.*

The move was largely seen as another attack on free speech aimed at stopping the peaceful assembly. In past years, the city tried to block the demonstration in court, while police conducted warrantless searches of all participants, both actions declared unconstitutional by a federal court.

Fort Benning's Maj. Gen. Scott Miller agreed to let the demonstration go on this year as usual after authorities were deluged by petitions and letters signed by nearly 7,000 people, 12 members of Congress and Argentine Nobel Peace Prize winner Adolfo Pérez Esquivel, as well as representatives from 75 human rights, peace and religious groups, including Pax Christi and Veterans for Peace, according to Hendrik Voss, national organizer for SOA Watch.

Other speakers at this year's vigil include:

*This sentence was clarified from an earlier version.