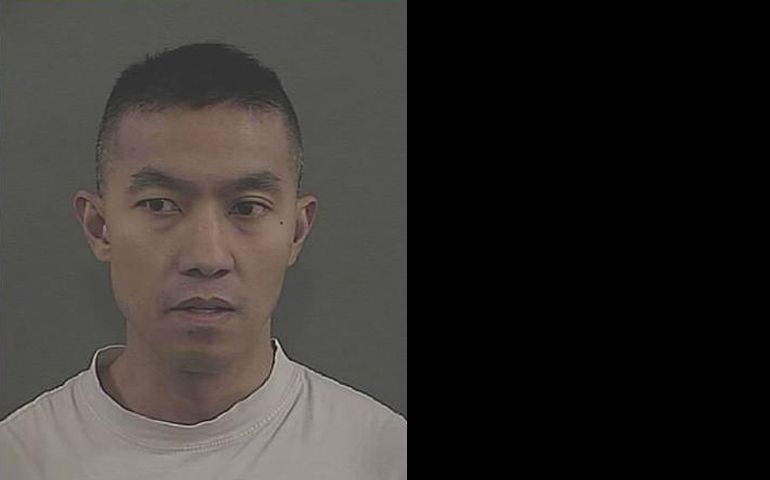 The prosecution of an Idaho diocesan priest accused of sexually exploiting a U.S. airman from Mountain Home Air Force Base a year ago ended in a mistrial July 7.

Elmore County District Court Judge Jonathan Medema “declared a mistrial because the jury was unable to come to a unanimous decision,” apparently in part because of resistance or advance bias on the part of one juror, reported the Mountain Home News.

While administrator of Our Lady of Good Counsel Parish in Mountain Home, Idaho, Jagerstatter was charged with raping the airman early in the morning of July 9, 2016, while the man was unconscious in a room allegedly rented from the priest.

DNA testing on samples from the airman's body identified the airman, Jagerstatter and “a third unknown individual,” the newspaper reported.

Handling of the case was transferred from the Air Force to the Mountain Home Police Department because the incident took place in the latter’s jurisdiction and the alleged perpetrator was a civilian.

The base is located about 12 miles southwest of Mountain Home, a municipality of roughly 16,000 about 45 minutes south of Boise.

The jury “foreperson raised concerns of jury bias and cited one hold-out juror as the reason behind the stalemate,” wrote reporter Erin Burden in a story filed July 14.

“A note from the jury foreperson submitted after the first five hours of deliberation indicated one juror had ‘no intention of any deliberation,’ ” reported Burden, adding that Medema said it appeared “one of the jurors was untruthful” during the jury selection and preparation process.

In a message to priests early last week, the diocese noted the mistrial, the projected new trial date, and Jagerstatter’s continuing administrative leave. It referred priests to the diocesan director of communications for further questions and said the “diocese continues to hold up in prayer all those who are impacted.”

Ordained in 2006, Jagerstatter at the time of his arrest was also serving Our Lady of Limerick in Glenns Ferry, St. Bridget in Bruneau, and St. Henry in Grand View.

In a partially redacted copy of the July 25, 2016, Affidavit of Probable Cause for Arrest, obtained by NCR, the airman says he returned to his home in the early hours of July 9, 2016, highly intoxicated after an evening drinking with friends. He claims he passed out on top of his bed wearing a T-shirt and jeans, but awoke exposed and with an erection, with Jagerstatter kneeling next to the bed.

Jagerstatter faces up to life in prison if convicted, according to news reports.

According to the Idaho Repository of past court proceedings, Jagerstatter applied for a change of name in 2010. The 2006-2007 diocesan directory lists him as Victor Manuel.

The name change appears related to Blessed Franz Jägerstätter (1907-43), a World War II Austrian conscientious objector who was sentenced to death and executed.

NCR has submitted questions to the diocese about the name change, ownership of the property allegedly rented to the airman, attorney fee responsibility, and Jagerstatter’s current residential situation.

Sources in the diocese say the priest remains at St. John Vianney Retirement Center for clergy on the grounds of Nazareth Retreat Center in Boise.

Global summit helps break the silence on war and women