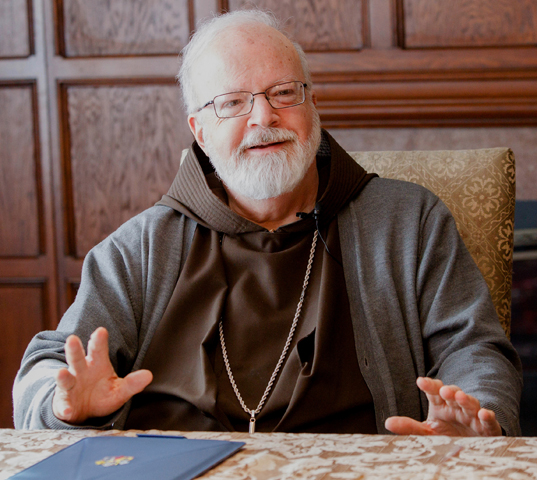 Massachusetts' Catholic bishops have endorsed a bill that would extend by 32 years the statute of limitations for filing civil suits against alleged perpetrators of sexual abuse of minors.

The bill, approved by the state's House of Representatives June 18 and passed by the Senate with unanimous support June 19, would give child victims of sexual abuse until age 53 to sue their alleged abusers.

The bill would also allow lawsuits against abuser's supervisors and the institution that they worked or volunteered for from the point the bill is signed and forward, but not retroactively. Churches, schools, youth centers and sports organizations would be among the institutions that could be sued under this new law.

The bill still has a few procedural votes to pass, but lawmakers expect it to be sent to Gov. Deval Patrick for signing soon.

Once the bill is signed into law, thousands of cases will open for those who were previously barred at 21 to file suit against their alleged attackers.

The Massachusetts Catholic Conference released a statement to NCR June 20 supporting the legislation and affirming the bishops' commitment to helping the victims and families of child sexual abuse survivors.

"We, the Bishops of the four Dioceses of Massachusetts recognize the suffering of survivors who have experienced sexual abuse and remain committed to assuring the safety of children entrusted to our care," the statement said.

"Our support for this legislation is consistent with our continued and steadfast commitment to provide those services for as long as they are needed by the victims and their families," it said.

According to Jetta Bernier, executive director of Massachusetts Citizens for Children, a child welfare advocacy group, the bill is the result of difficult negotiations with the Catholic conference.

"As in any negotiation process, one never gets all that they want," Bernier told NCR in an interview June 20.

"Negotiators were faced with an all-or-nothing choice and so chose to do what was currently possible for the greatest numbers of survivors," she said in a statement posted to the organization's website June 19.

A bill extending the statute of limitations in the state legislature in 2012 met heavy church resistance and failed.

Bernier told NCR that last November at a meeting of the bill's advocates, they realized that support from the Catholic church was essential if the bill was going to become law this year.

Bernier's group took advantage of the Vatican's announcement in December that Pope Francis had appointed Boston Cardinal Sean O'Malley to head a special commission to advise him on sex abuse.

Massachusetts Citizens for Children appealed to O'Malley in an open letter to "unite over the fundamental moral values we all share. Surely, you will agree that these include: the right of every child to grow up free from sexual abuse; the duty of every person to protect children from this crime; the right of victims to seek justice under the law for the offenses committed against them; and the need to hold abusers accountable for their actions so that more children will not be abused."

Bernier said O'Malley did not respond to the letter, but after The Boston Globe's article about the letter obtained significant attention and response, state Sen. William Brownsberger reached out to O'Malley personally. Soon after, members of the Massachusetts Catholic Conference met multiple times with advocates, survivors and legislators.

"We would have preferred for survivors today who were time barred from filing civil charges in the past to have had the ability to not only file civil charges against their individual abuser, but also against any employer or institution and any supervisor in that organization that was responsible in their part either through their action or inaction for their abuse," Bernier said.

The latter piece was a sticking point for the church and was dropped so that the church would support the rest of the bill, she said.

"We succeeded in collaborating with those who were not necessarily supportive of our efforts in the past," said Bernier. "So for us, it's a great day."

David Clohessy, executive director of the Survivors Network of those Abused by Priests, told The Boston Globe that the bill is a "very big step forward" but is disappointed that institutions are still shielded from some claims.

Clohessy said his group is "saddened but not surprised that Catholic officials lobbied so hard to continue evading responsibility for child-molesting clerics."

A version of this story appeared in the July 4-17, 2014 print issue under the headline: Bishops endorse statute of limitations extension.