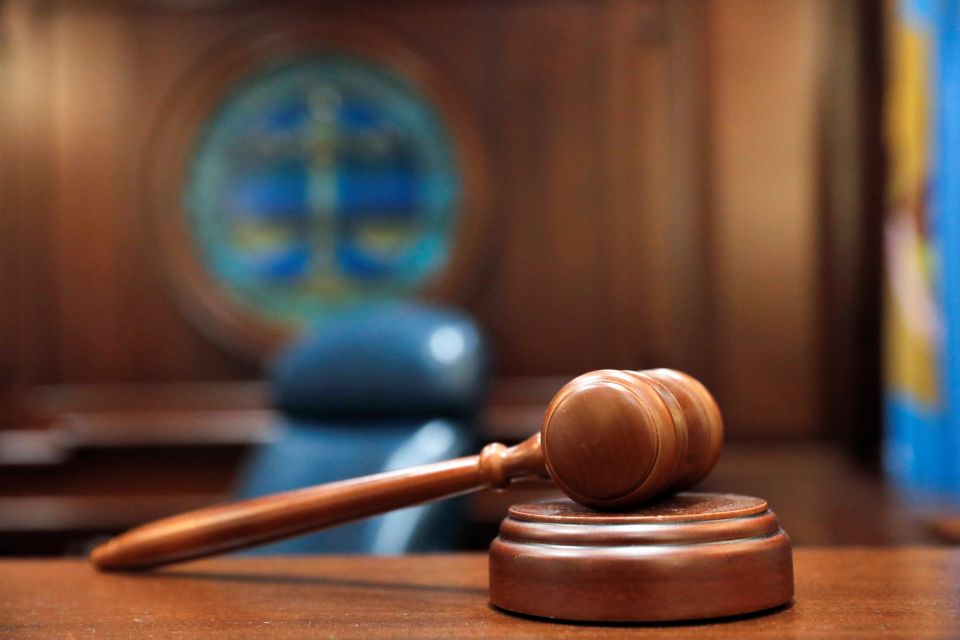 A court gavel is seen in this illustration photo. (CNS photo/Andrew Kelly, Reuters)

Trenton, N.J. — New Jersey’s two-year window that made it easier for victims of child sexual abuse to file lawsuits is closing, and attorneys for some of the hundreds of plaintiffs say it could take years more for the cases against Catholic clerics and dioceses and other entities to be resolved.

Tuesday marked the deadline under the Child Victims Act signed by Democratic Gov. Phil Murphy in 2019, which gave victims who would otherwise have been barred by statute of limitations laws two years to file their claims.

Since Dec. 1, 2019, more than 1,200 lawsuits had been filed through the end of October. About two-thirds of those named religious entities, according to the state judiciary. Lawsuits against schools represent about 14% and about 9% name the Boy Scouts.

Attorneys who represent a total of several hundred plaintiffs said Tuesday they've received a flurry of inquiries in recent weeks as the deadline approached. One of them, former priest Michael Reading, became the latest to sue defrocked Cardinal Theodore McCarrick for alleged abuse in the 1980s, in a lawsuit announced last week.

“The window is the thing that gave him the freedom, seeing that you could come forward and do something about it," said attorney Jeffrey Anderson, who represents Reading and more than 400 other plaintiffs in suits against Catholic institutions. "That was the impetus, the incentive and inspiration.”

New Jersey's law was spurred by a lengthy 2018 grand jury report in Pennsylvania that concluded more than 1,000 children had been abused in that state over a span of decades by about 300 Catholic priests. At least 18 other states and the District of Columbia have enacted laws in recent years that have made it easier for victims to file claims.

In a statement Tuesday, a spokesperson for Murphy said the governor would consider working with the state Legislature to extend the filing period.

Democratic state Sen. Joe Vitale, the author of the bill that created the look-back window, said Tuesday that there weren't plans currently to extend it but that he would consider it, depending on how much support he could build from colleagues.

Vitale added that it would be helpful to have data showing whether there were people whose ability to file a suit was limited by the length of time of the window or other issues such as COVID-19 effects.

It likely will take years for plaintiffs to resolve their cases, according to attorney Jason Mascolo, who represents between 150 and 200 plaintiffs in New Jersey. Mascolo noted that cases that might take two years to go to trial could see that stretched to four years due to court backlogs created by the coronavirus pandemic. He added that the pace of cases has slowed in recent months.

The dioceses' financial status also could cause delays. The Camden diocese filed for bankruptcy protection under Chapter 11 in October, citing a drop in revenue due to the pandemic and $8 million paid out this year to a victims' compensation fund.

“In the back of a lot of people’s minds is, is this just some stall altogether by the dioceses waiting to see how the Camden bankruptcy goes, and are all of them going to file for bankruptcy?” Mascolo said.

The closing of the two-year window won't affect an ongoing criminal investigation into the clergy sex abuse scandal begun by the state attorney general's office three years ago. The state's dioceses said at the time they would cooperate fully with the investigation.

An office spokesperson declined to comment Tuesday on when a report would be issued. So far, the probe has yielded charges against four priests: one pleaded guilty and was sentenced to four years in state prison, one was acquitted at trial and two others' cases are pending.

Under the law signed by Murphy in 2019, people alleging sexual abuse as children can still file lawsuits up to age 55 or within seven years of when they first realized the abuse caused them harm. Prior to the signing of the law, child victims had to file by age 20 or two years after first realizing the abuse caused harm.