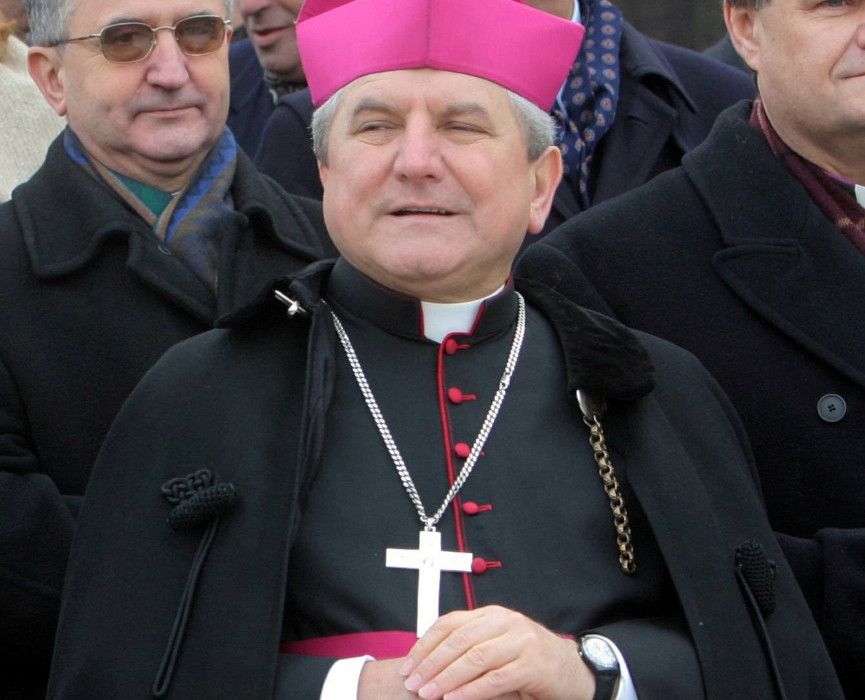 Pope Francis has accepted the resignation of Polish Archbishop Edward Janiak of Kalisz, who was accused of negligence after it was revealed in a documentary that he transferred several priests accused of sexually abusing children. Janiak is pictured in a file photo. (CNS/Agencja Gazeta via Reuters/Mieczyslaw Michalak)

Vatican City — Pope Francis accepted the resignation of a Polish bishop accused of negligence after a documentary claimed he repeatedly transferred a priest accused of sexually abusing children.

The Vatican announced Oct. 17 that the pope accepted the resignation of 68-year-old Bishop Edward Janiak of Kalisz and named Archbishop Grzegorz Rys of Lodz as apostolic administrator "sede vacante."

In June, the Vatican had appointed Rys as apostolic administrator "sede plena," indicating that the see was not vacant.

Janiak's failure to act when told about allegations of abuse perpetrated by a diocesan priest drew a public outcry following the May 16 release of the documentary, Hide and Seek, produced by Polish filmmakers Marek and Tomasz Sekielski.

The film was a follow-up to their 2019 documentary Tell No One, which exposed the sexual abuse crisis in the Catholic Church in Poland and has garnered nearly 24 million views on YouTube.

In Hide and Seek, the filmmakers accused the Polish church of continuing to cover up sexual abuse by Catholic clergy, and specifically detailed the abuse perpetrated by a priest of the Diocese of Kalisz.

Several victims said the priest, Fr. Arkadiusz Hajdasz, began abusing them in the late 1990s. Bishop Stanislaw Napierala had led the Diocese of Kalisz from 1992 to 2012, and Janiak since 2012.

The parents of one of the abused children reportedly told Janiak in 2016 about the abuse; they claim the bishop told them, "These are lies," and asked them to leave.

Hajdasz was transferred to position at a local hospital, and the bishop apparently did not report the case to the Vatican until 2018 when the accusations became more publicly known.

The documentary prompted Archbishop Wojciech Polak, primate of Poland and the bishops' delegate for child protection, to request the Vatican to start the proceedings allowed for by Francis in the document, "Vos Estis Lux Mundi" ("You are the light of the world"), regarding bishop accountability.