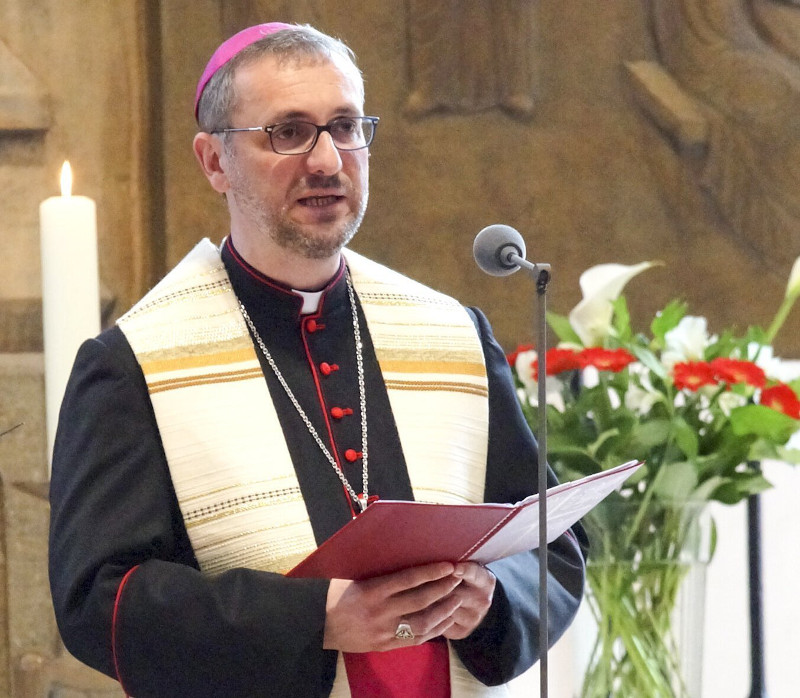 The decision by Pope Francis to reject Hamburg Archbishop Stefan Hesse's offer of resignation has met with widespread criticism in Germany.

While the leaders of the German bishops' conference welcomed the decision, representatives of Catholic laypeople expressed "shock" at the announcement. An organisation of abuse victims called on Catholics to leave the church. German media commentaries were also scathing. 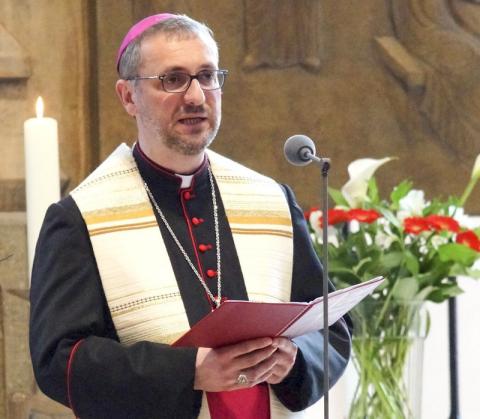 The pope's decision, announced on Sept. 16, means that Hesse will remain in office despite acknowledged breaches of duty in dealing with abuse cases.

The Hamburg archbishop had offered his resignation in March and took a leave of absence following the publication of an expert report by the Cologne law firm Gercke Wollschlaeger that accused him of 11 breaches of duty in prior roles in the Archdiocese of Cologne.

Baetzing's assessment was echoed by the vice president of the prelates, Bishop Franz-Josef Bode, who said he was glad "that after careful consideration there is now a decision." Referring to Hesse, he told the Neue Osnabruecker Zeitung newspaper: "We are happy to continue on the path with him as archbishop."

By contrast, the Central Committee of German Catholics (ZdK), the highest body of Catholic laypeople in the country, said it was "shocked." The Vatican was ignoring the need for "visible and tangible changes in the church in order to regain the trust that has been lost," said vice president Claudia Luecking-Michel.

If no personal consequences followed from wrong decisions, this was a "slap in the face for victims of sexual violence," said Karin Kortmann, who is also a vice president of the ZdK.

Thomas Schueller, an expert on church law from Muenster, told the Koelnische Rundschau newspaper: "The repentant sinner is getting a second chance." He said the pope was likely to "act quickly" on Cologne Cardinal Rainer Maria Woelki, whose archdiocese was investigated in June by Rome in an enquiry over what was termed "the complex pastoral situation" in that see.

The group "Wir sind Kirche" ("We are church") said the pope's decision was "highly problematic" and predicted that the Cologne auxiliary bishops Dominikus Schwaderlapp and Ansgar Puff were also likely to be allowed to take up their posts again. They too were found to have breached duties according to the expert report.

The group said it feared that Woelki will see the pope's decision as a confirmation of his approach "that only assesses legally relevant breaches but disregards any moral responsibility on the part of the church leadership."

Matthias Katsch, the spokesman for the victims' association "Eckiger Tisch" ("Non-Round Table") tweeted that the decision amounted to organized irresponsibility and called on people to leave the church. "Otherwise they won't notice anything."

Some German newspaper commentaries were deeply critical of the pope's decision. The Neue Osnabruecker Zeitung referred to Hesse's 11 breaches of duty identified by the expert report, writing: "Now the pope declares that the bishop should stay – with the bizarre justification that he did not commit the errors proven against him with the intention of covering up abuse. This is crazy."

The Frankfurter Allgemeine Zeitung newspaper wrote: "Francis has taken charge of more than one case of abuse and has shown ‘mercy' to perpetrators. As pope, this is his right. ... So, for the time being, it remains the case that a bishop must have been sexually violent himself in order to be considered unacceptable."