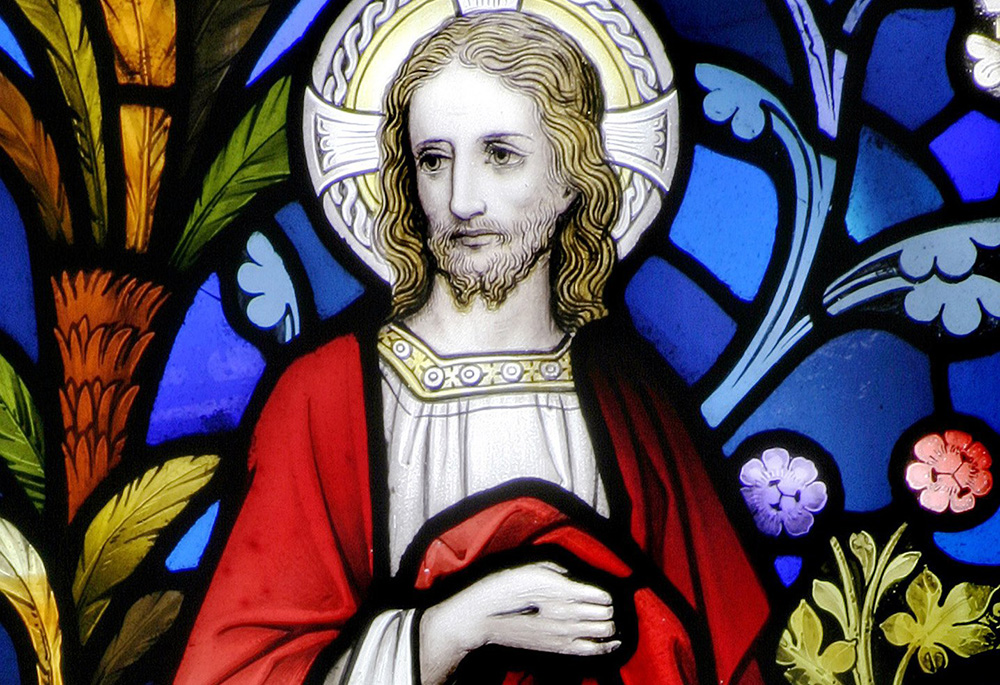 The risen Christ is portrayed in a window at St. Mary Cathedral in Killarney, Ireland. (CNS/Crosiers)

Early on in my healing work, a friend suggested that I think back to who I was before I was sexually abused.

They wondered if I might find power in remembering characteristics or aspects of myself before the abuse that are still a part of me today. When I first attempted to recall who I was before the abuse, I could not remember specific traits or memories. I was so young when the abuse started, no older than 5, and it felt like trying to recall the memories of someone who wasn't yet a person.

The abuse occurred during my formative years, when a child's brain develops into who they will become later in life, from our social lives to our emotions to how we show up relationally. What memories did I form first? Did that memory of learning to tie my shoes at day care come first? Or was it that first playdate at his house? Those early years feel like a surreal juxtaposition of standard markers of childhood and by abuse and its fallout. Sitting in my therapist's office in 2019, I gathered the courage to look back at these and other childhood memories, surprised to find I had as many "normal" memories to sift through as I did memories of abuse. Memories of stopping for bagels in the morning before going to Saturday skiing, racing to read the Harry Potter books or of riding scooters with friends to the convenience store to get slushies. These were as frequent as the memories of telling my parents I played Beanie Babies or Pokemon or jumped on the trampoline at my abuser's house.

I had avoided thinking of my childhood because I feared all I would remember were the moments shaped by childhood sexual abuse — yet I had also locked away some of the best and most formative moments of my early years.

Sitting with these memories allowed me to understand how I learned to operate in relationship with others. During the years I was abused, I hid what was happening from everyone around me, including my family, classmates and softball teammates. I was learning and forming beliefs around what friendship was supposed to look like, who I could trust, what love was supposed to look like and how I viewed my own agency and voice or lack thereof in relationships.

Though the work of healing necessitates identifying and challenging some of the maladaptive behaviors and beliefs I adopted as a survival strategy, it also necessitates recognizing that the abuse I experienced is inextricably intertwined with my formation and personal development.

My own religious upbringing combined with the presence of Christianity-infused purity culture seemed for a while to conspire to deliver the message that I was damaged goods, that I was unworthy. I have no memories of being told specifically that this was something I should think. My Catholic church's faith formation program did not take the approach of telling girls that they would be like a used piece of chewing gum or a flower with all the petals ripped out that I have heard stories of from friends raised in other Christian and Catholic contexts. Yet the way sexuality was discussed in my church community led me to believe that what happened to me made me undesirable, damaged and unworthy. I believed the abuse was my fault.

So deeply ingrained was this narrative that it took me nine years after it stopped to even begin to ask myself whether or not it was abuse. Three years after that, I finally asked the question out loud to somebody else.

Even as I began therapy and began to name my experience as one of childhood sexual abuse, the self-perception of myself as damaged lingered. Almost two years into therapy, I could finally name and believe that it was not my fault that I had been abused, but I still spent significant mental energy wishing that it had never happened. 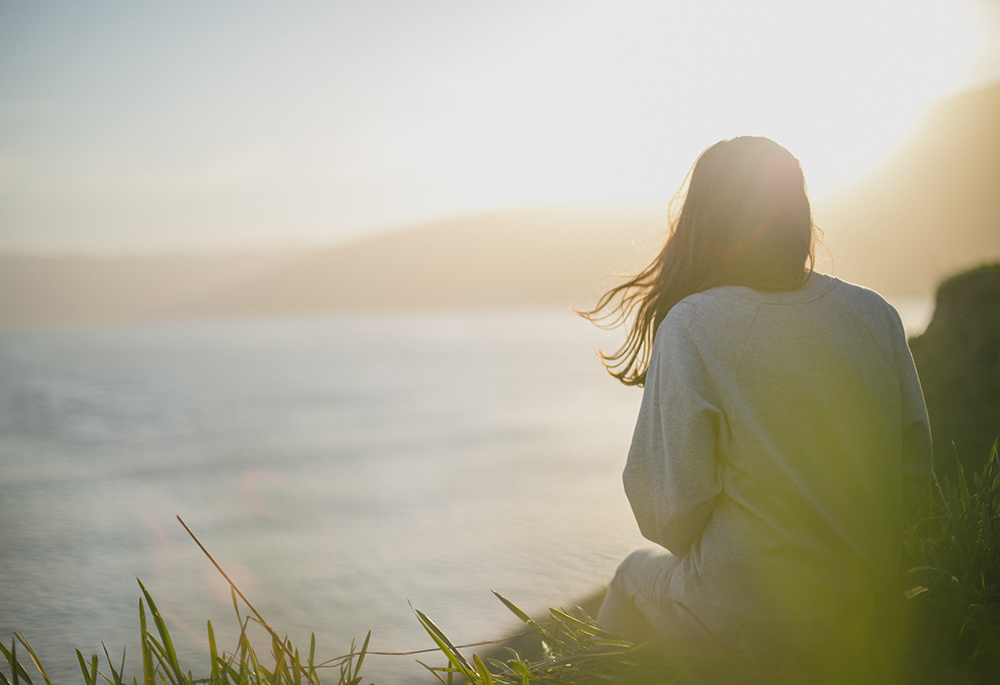 Even in the midst of the #MeToo movement, I witnessed a society that was becoming a bit more willing to believe survivors that came forward, but was also more likely to pity them and to focus on their identity as victim or survivor more than any other part of their personhood. Especially as these conversations started to rise to the surface in Catholic Church spaces, I found most people — and especially those in positions of power within the church — still incredibly unwilling to look at the structures and narratives that perpetuate abuse or create the conditions for abuse to occur. The Dallas Charter and its approach to Safe Environment trainings and managing allegations, which started to operate when I was 8 years old, only serves as a Band-Aid within a church that has not reckoned with the systems and cultures that foster abuse in the first place.

I feared that, while people would likely believe me, it would be the only thing they saw in me or that I would continually be asked to put my trauma on display to validate a need for systemic change only to be met with unwillingness to actually work for that change. All of this created a persistent belief that my life would be simpler if I could go back in time and ensure I never went to that first playdate. 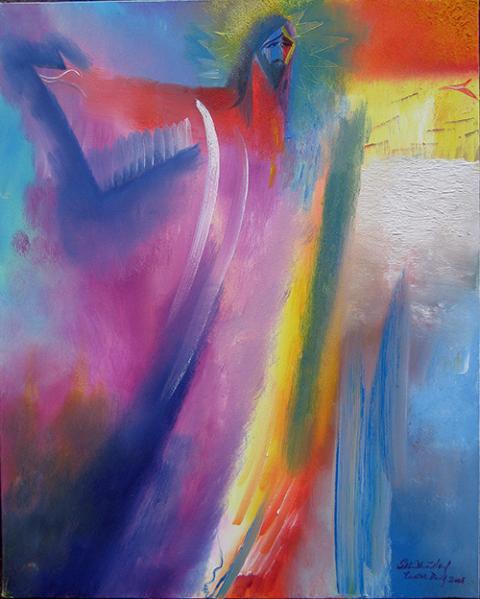 The Resurrection is depicted in a modern painting by Stephen B Whatley, an expressionist artist based in London. The title is "The Glory of Christ." (CNS/Stephen B Whatley)

It was ultimately my faith that contributed most significantly to my healing and to a shift in perspective of how I understood my experience of abuse.

Towards the end of my experience of the Spiritual Exercises, I found myself drawn to the scripture of Jesus inviting his disciples to witness the marks from his crucifixion — a passage I had heard countless times before — in an entirely new way. It is the wealth of Catholic social teaching that emphasizes the life and ministry of Jesus that serves as a constant reminder that we believe in Jesus for more than simply his death and subsequent resurrection: though it is an essential piece of our belief and an essential piece of the story of Jesus, Jesus' life is about more than the biggest trauma he experienced.

My understanding of Jesus' trauma, his life, and the way he engages with his disciples after his resurrection is not significant to me as a victim and survivor because I identify myself with Jesus, but rather because knowing that Jesus experienced the trauma of betrayal and crucifixion allows me to understand the ways Jesus identifies with me. I cannot undo the ways that experiencing abuse in my formative years shaped my identity and understanding of myself and I cannot go back and erase the experience altogether. It is an integral part of my story, and yet, it is not my whole story just as Jesus' crucifixion is not his whole story. The scars present on Jesus after his resurrection have served as an affirmation that I am indeed made in the image of God and abuse being part of my story does not damage that image, nor does it make me less worthy.

The church, too, could benefit from the lessons present in Jesus' encounter with his disciples after his resurrection this Easter. In much the same way as I avoided good memories of childhood to protect myself from the bad, the church's approach to survivors of abuse asks them to engage with the church with similar avoidance. When survivors are treated with discomfort and asked — implicitly or explicitly — not to bring their stories of abuse and assault into the church space, they are cut off from the full depth and breadth of church and faith experience due to discomfort with anything other than positive and happy experiences.

Similarly, when survivors are asked to put their trauma on display to prove either that their wounds are real or to prove that the church should take more or different action to support survivors and prevent abuse in the first place, the focus becomes their experience of abuse and wounding and disregards that they are whole people that, yes, have stories of pain and suffering, but also have stories that contain joy, hope, and triumph.

This Easter, I sit with the power of the Resurrection — its trauma and its joy.

God chose to inhabit a physical body in Jesus, and that has helped me trust that God intimately understands the full spectrum of the human experience, physically, mentally and spiritually. Childhood sexual abuse carries its own particular kind of trauma and wounding, but Jesus experiencing the crucifixion offers me consolation that he does indeed deeply understand the experience of trauma and suffering. That Jesus, after resurrection, would still bear the physical wounds of crucifixion tells me that this experience of trauma is something essential.