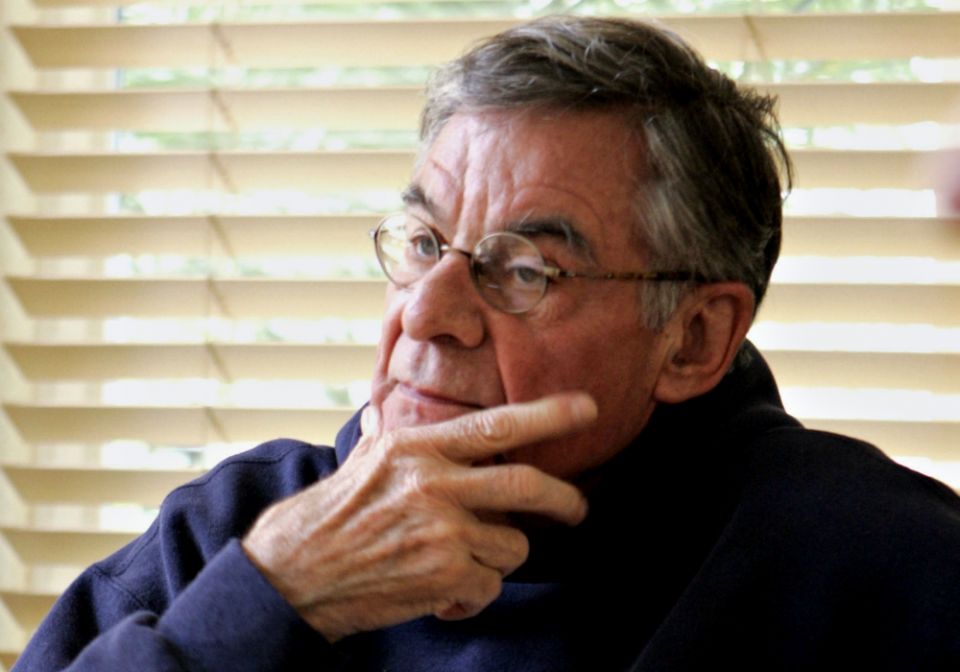 Richard Sipe, a psychotherapist and former Benedictine priest who warned about the sex abuse crisis enveloping the Catholic Church, died Aug. 8 in La Jolla, California. He was 85.

According to the New York Times, the cause was multiple organ failure.

Sipe's full name was Aquinas Walter Richard Sipe (the Aquinas was added during his years as a Benedictine). He became alarmed at the sex abuse crisis after hearing stories of both abusive priests and their victims in his role as a psychotherapist.

Beginning in the 1960s, he wrote and spoke to bishops and the general public on the topic. The author of scores of articles and books on celibacy and sexuality, Sipe concluded that only about half of priests in the United States were at any one time practicing celibacy, and that about six percent sexually abused children, a number he later raised to nine percent.

Sipe became a pioneer in systematically exploring data on the crisis.

He was a confidante to journalists, including the Boston Globe team that broke the scandal in the Boston Archdiocese in the early 2000s. His disembodied voice, frequently heard over the telephone as played in the movie "Spotlight" by actor Richard Jenkins, advised journalists about both inside workings of the church and how sex abusers were able to infiltrate its ministries.

Much of his work was done in tandem with Dominican Fr. Thomas Doyle, a canon lawyer who also was an early critic of the church's stance on sex abuse. "Dick's impact was profound," said Doyle.

"His research and advocacy together, they changed the direction of the trajectory of the history of the church, not only in the United States but worldwide," Doyle said. "The work he did on celibacy, especially priestly celibacy, nobody else had the courage to do it. And when he and his results and his work were condemned by the institutional church, he kept plugging and of course everything he said was proven right."

"No one did more for the cause of people abused by clerics and to aid the moral repair of the Catholic Church than Richard Sipe," Michael D'Antonio, a journalist and author who has written extensively on the sex abuse crisis, told NCR. "As the author of the first significant study of sex and the lives of priests, Sipe signaled the destructive culture of clerical secrecy and the dangerous conditions established by the demands of celibacy."

Sipe was an invaluable counselor to survivors of abuse, said D'Antonio.

"In person, Richard's compassion, which was extended to every person who approached, was even greater than his desire for justice," he said.

At the end of phone calls and email exchanges Sipe would often sign off with the word "courage." It was a quality, said D'Antonio, "he possessed in abundance and inspired in others."

Sipe's dual perspective as a former priest and psychotherapist proved invaluable in defining the crisis, said Patrick Wall, also a former Benedictine priest and a colleague who worked with Sipe on legal issues about church sex abuse.

"Richard was brilliant at working with documents and the data that he had," said Wall. "He was always up front," he added, noting that just weeks before Sipe's death, accusations against former Cardinal Theodore McCarrick publicly surfaced. Sipe's website, "Celibacy, Sex & Catholic Church," had targeted McCarrick's abuse of seminarians years before.

Sipe's website chronicled abuse cases against scores of other priests and bishops. He attributed the crisis in large part to the secretive structure of the church.

"From the early 1990s, Sipe noted that all roads lead to Rome and the decisions that were made there," said Wall. "This was a monarchial, hierarchical organization. People followed the pope."

Sipe lived to see progress in how the church addressed sex abuse. But often that progress came reluctantly, and with opposition from bishops and others to Sipe's work. He was criticized for painting too broad a brush of the church's failures. For Wall, however, a critical voice was necessary.

"They only moved forward when they were forced to," said Wall about the progress made by bishops, such as the 2002 Dallas Charter, which prohibited priests credibly accused of sex abuse to serve in ministry.

"They never did anything voluntarily. It was all a reaction to scandal," he said.

While Sipe left the priesthood in 1970 and married Marianne Benkert, a former nun and fellow psychotherapist, he wrote and spoke regularly on living healthy celibacy. "He was an idealist," said Wall.

As a consultant to journalists and an expert witness at trials, Sipe patiently offered his expertise, explaining how bishops hid abusive priests. "He walked them [journalists] through directories and code words," said Wall. "But for Richard, they wouldn't have been able to decode the details they found."

Terry McKiernan, the founder and president of BishopAccountablity.org, a website that tracks church sex abuse cases, said Sipe was an effective advocate for survivors as an expert called to testify in frequent court cases.

"He worked really tirelessly as an expert witness on cases," McKiernan said. "He applied those conceptions as he had articulated them in his books, and he also brought a kind of precision to that ability to use sources and understand them, his understanding of the church which he developed over years as a Benedictine monk and then as a therapist working with priests with problems."

"He had these remarkable, deep relationships with hundreds of survivors," he said. "He wasn't just an 'expert witness,' he was somebody who knew the crisis deeply, both from the clergy point of view and the survivor point of view."

Sipe was raised in Robbinsdale, Minnesota. The fourth of 10 children, his father owned gas stations and his mother was a homemaker. He left to study at the Benedictine Monastery in Collegeville, Minnesota, in ninth grade.

"I was pious, I was intellectually inclined, I think I needed community support. If you are one of 10 kids, how do you make your mark?" he wrote on his website about entering the Benedictines at a young age.

In the "Spotlight" movie, a character referred to Sipe as "a hippie ex-priest who is shacking up with a nun." According to a profile in the San Diego Union Tribune, Sipe chuckled at the reference.

In his spare time, Sipe was an artist who volunteered at San Diego's largest AIDS clinic, created a series of needlepoint wall murals of scenes from the Gospels, and wrote several books of poetry.

In 1990, he published A Secret World: Sexuality and the Search for Celibacy, the compilation of his decades of studies on priests and sexuality. It became his landmark study of the sex abuse crisis.

Sipe consulted with the church hierarchy until he fell out of favor because of his critical stance. While he was an expert in the inner workings of Catholicism, "he moved to the point where the institutional church was not essential to his spirituality," said Wall. Sipe concluded that the church "became a tether to the understanding of human nature and human sexuality. He was light years ahead of them," Wall said.

McKiernan, however, said that Sipe retained a spiritual connection to Catholicism.

"He's been caricatured by some as working from animus for the Catholic Church, and that just could not be farther from the truth," he said. "For Richard, his Catholic faith remained a reality for him right to his very last moments." At his death, McKiernan said, a Gregorian chant recording was playing in the room.

Sipe is survived by his wife, Marianne, and their son, Walter, both of whom are also psychotherapists, as well as six siblings.

[Peter Feuerherd is a correspondent for NCR's Field Hospital series on parish life and is a professor of journalism at St. John's University, New York. James Dearie is an NCR Bertelsen intern. Contact him at jdearie@ncronline.org.]

A version of this story appeared in the Aug 24-Sept 6, 2018 print issue under the headline: Psychotherapist Richard Sipe dies at 85 .