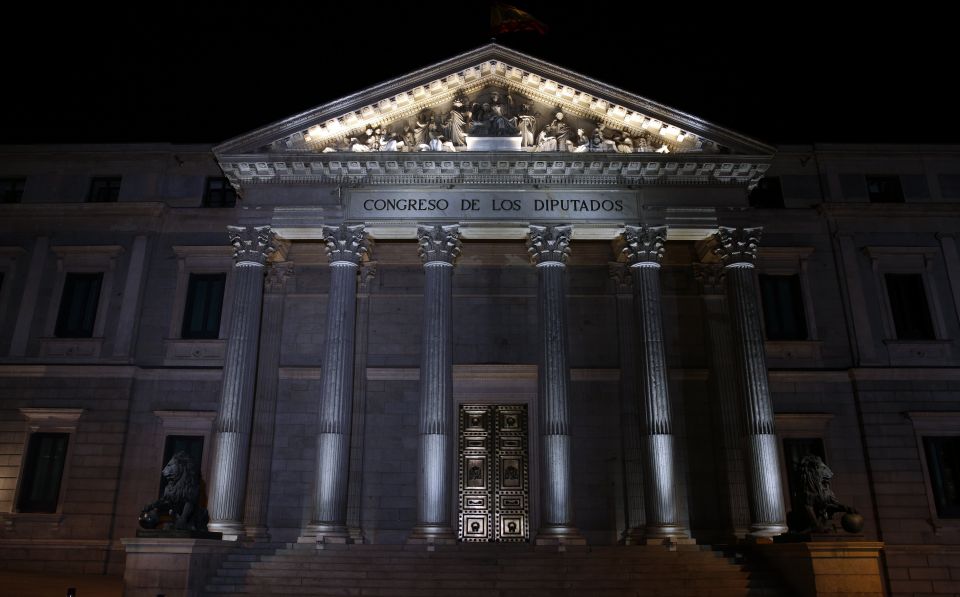 ROME — Spain's parliament agreed to review a proposal by several political parties that have called for the establishment of commission to investigate sexual abuse cases in the Catholic Church.

The proposal, which was presented Feb. 1 by the left-wing Podemos party, along with two other parties, could lead to a vote to form a commission to investigate the church's handling of abuse allegations.

The two major conservative parties in Spain, including the Popular Party, opposed the proposal. According to the newspaper El País, Popular Party members said they do not oppose the formation of a commission but believe it should not limit its investigation solely to the Catholic Church.

The proposal for a commission came one day after the country's prosecutor ordered its regional offices to compile information on ongoing investigations into clergy sexual abuse.

Although the Spanish bishops' conference has vowed to investigate sex abuse cases in the country, it opted to not follow the lead of bishops in France, Germany and Portugal who had formed national independent commissions to investigate abuses in their respective countries.

Instead, individual dioceses will have their own independent commissions so that survivors can easily report to their local diocese, the bishops said.

Despite the church's efforts, support for the government to step in and investigate has grown due to the Catholic Church's alleged inaction in uncovering and addressing clergy sexual abuse.

In mid-December, El País said it conducted a three-year investigation into sexual abuse in the Catholic Church in Spain and uncovered 251 unpublished cases of abuse dating back 80 years.

Furthermore, El País said its investigation, which began in 2018, revealed an estimated 1,246 victims of abuse in the Catholic Church.

Miguel Angel Hurtado, a survivor whose story of abuse by a Benedictine monk from Montserrat Abbey in Catalonia was featured in the Netflix documentary, "Examination of Conscience," launched a petition on change.org calling on the government to establish a "Truth Commission." As of Feb. 3, the petition has garnered over 63,000 signatures.

Speaking by telephone with Catholic News Service Feb. 3, Hurtado hailed the proposal to parliament as a "turning point" in uncovering abuse in the Catholic Church and granting justice to victims.

"It's the first time the state, the civil authority, has recognized that the abuse of children in Catholic institutions is a serious violation of human rights and thus are of public interest and the responsibility of the state. That is a fundamental change," he said.

Hurtado told CNS that it was necessary for the state to intervene because throughout the years, the church has proven incapable of investigating itself.

The Spanish bishops' plan for individual dioceses to establish their own independent commissions "would be an absolute disaster," he said.

"In my case, when I made a complaint, Montserrat Abbey investigated itself," Hurtado recalled. "They formed a so-called independent commission, and to give you an idea of the level of independence, the secretary of the commission was the monk responsible for communications at the abbey. And the confidential email address victims could report allegations to the commission was monitored by that same monk."

"That's the level of independence that Spanish Catholic institutions can grant themselves. So, the church cannot investigate itself; it can't be an impartial judge. The investigation must be done by the state; the civil authorities must do it," he added.

Hurtado also told CNS he wrote a letter to Cardinal Juan José Omella of Barcelona, president of the Spanish bishops' conference, calling for the conference to declare their support for eliminating statutes of limitations for sexual abuse against minors.

Similar declarations, he noted, were made by bishops in Mexico and El Salvador. However, Hurtado said Cardinal Omella "gave no answer."

"The Spanish bishops' conference has given its opinion on abortion, on euthanasia, on gay 'marriage,' but are incapable of lobbying" for a recognition that the passage of time should not mean no justice for victims of sexual abuse as children, he said.

Hurtado told CNS he believes that if a commission is formed and investigates the Catholic Church in Spain, the number of cases of abuse that will come to light "will be enormous."

"We must remember that Spain was a national Catholic country for 40 years. There was no separation between church and state; bishops and priests had absolute power," he said.

"They are aware of the pederast priests they have hidden in their closet and they are afraid that the truth will come to light," he said.