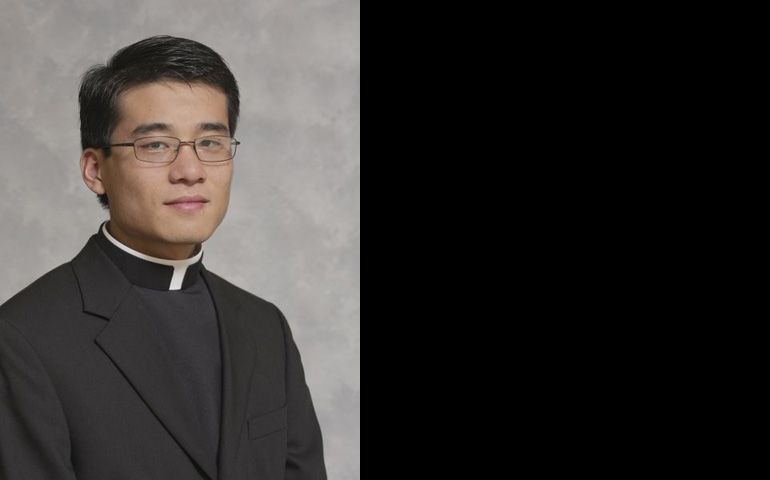 St. Louis — A Roman Catholic priest whose charges of sexual abuse of a boy were dropped this month has filed a federal lawsuit claiming he was unfairly targeted by police, the city and advocates for sexual abuse victims.

Fr. Xiu Hui "Joseph" Jiang claims in the suit filed Thursday in St. Louis that false abuse accusations were the result of religious and ethnic discrimination. The suit says he was denied due process under the Constitution and defamed by a group that seeks justice for victims of abuse by priests.

The lawsuit names the accuser's parents -- by initials only -- along with St. Louis police Officers Tonya Porter and Jaimie Pitterle, the city of St. Louis, the Survivors Network of those Abused by Priests and that group's leaders, David Clohessy and Barbara Dorris.

Dorris called the lawsuit "a desperate move to try to intimidate other victims, witnesses and whistleblowers into keeping silent. We hope it will backfire."

Jiang was accused of molesting a boy in 2011 and 2012 in a bathroom of St. Louis the King School, the elementary school at the Cathedral Basilica of St. Louis. St. Louis Circuit Attorney Jennifer Joyce dropped the charges this month without explanation.

Jiang was previously charged with having improper contact with a teenage girl from Lincoln County. The girl and her family attended the Cathedral Basilica of St. Louis. Charges of child endangerment and witness tampering -- Jiang had been accused of leaving the family a $20,000 check as hush money -- were dismissed without comment by Prosecutor Leah Askey.

Ken Chackes, an attorney representing the Lincoln County family in a civil suit, said the evidence against Jiang is strong and that he hoped any others abused by Jiang would go to the police.

Jiang's lawsuit says the abuse allegations were false and "have destroyed the life of a promising young man and priest."

The suit says the allegations were "brought by a deeply troubled 12-year-old boy" and that "his parents had a history of making unfounded claims against the Catholic Church for monetary gain."

The suit also claims the boy told authorities he had told his father he might be gay, angering his father and leaving the boy a "powerful motive" to follow his father's suggestion that sexual abuse had led to the boy's sexual preference.

Porter and Pitterle, the two city detectives, failed to conduct a "substantial investigation" before arresting Jiang that would have revealed the true motives behind the abuse allegations, the suit says.

The lawsuit also claims the officers targeted Jiang because of his religious and racial background and that Clohessy, executive director of SNAP and Dorris, the group's outreach director, engaged in a "smear campaign" through published letters, press releases and interviews with news media.