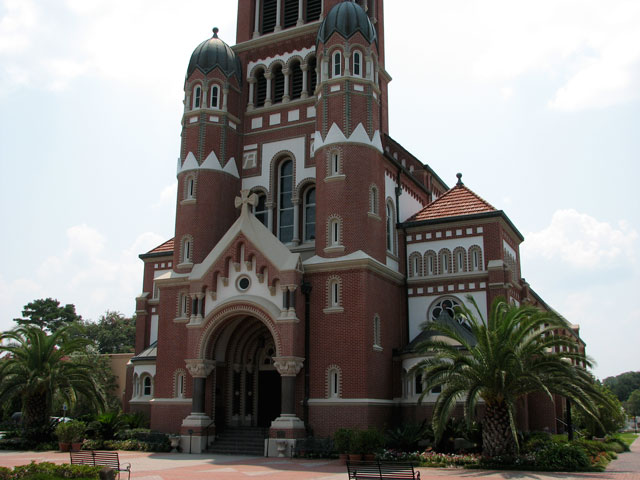 Editor's note: This story is part of a weeklong series dedicated to looking back on 30 years of the abuse crisis in the Catholic church. Read all parts of the series.

The reports I did on clergy child molesters in the Lafayette, La., diocese changed my life in ways that reverberate still.

The June 7, 1985, NCR, with my long report on Fr. Gilbert Gauthe's sex crimes, Arthur Jones' piece on cases elsewhere, and NCR's editorial calling for lay review boards, laid the issue before a national media that held back for years.

My piece condensed three articles I had done for the Times of Acadiana, an alternative weekly in Lafayette, the hub city of the regional oil industry (population 90,000). Editor Linda Matys, whom I had known in New Orleans, had given me a special assignment; it didn't pay enough for the looming time investment.

I was aware of NCR but had never seen an issue when I called Editor Tom Fox, explaining the availability of documents from proceedings underway. He agreed to a joint assignment, which made the work financially feasible, barely. I had hit a brick wall with pitches to The New York Times Magazine, Vanity Fair, Rolling Stone and The Nation.

As a freelancer, I had been writing about oil waste dumping in Cajun country and was about to publish my second book, Up From the Cradle of Jazz, a history of New Orleans popular music. I was 35.

In December 1984, my first child, a daughter, was baptized at St. Stephen Parish where I had been baptized and my parents had married. The news of Gauthe's indictment for abusing altar boys in Cajun country, 150 miles away, jolted me. As a product of Jesuit High School in New Orleans and of Georgetown University, I had the analytical training to see that a priest, like any man, could be pathologically sick. Still, I could not get that priest out of my mind.

The first time I heard the word "pedophile" was by Gauthe's criminal defense attorney, Ray Mouton of Lafayette. A high-stakes plaintiff lawyer who also defended drug dealers, Mouton was brilliant, mercurial and, as I learned later, angry with Bishop Gerard Frey. The Lafayette bishop was paying Mouton's bills, yet shielding information on other clergy abusers. In fall 1985, Mouton negotiated a plea bargain sentence of 20 years. (Gauthe was released 10 years later on good behavior.)

A New Orleans lawyer representing victims' families in civil cases had been a year behind me at Jesuit. I hadn't seen Raul Bencomo in years, but he agreed to see me.

I remember the sunlight on deposition pages in his conference room as I read the sworn testimony from Frey and Msgr. A.J. Larroque, the vicar general. I was startled to read that a second predator, Fr. Lane Fontenot, had been shipped off for treatment.

The concealment of pedophiles reminded me of the Watergate cover-up. Gauthe had been several times accused and reassigned. I thought of Sen. Howard Baker, on Nixon: "What did the president know and when did he know it?"

I saw it as a political story about the internal dynamics of an all-male governing system predicated on celibacy.

In Lafayette, I read more documents (including Gauthe's deposition). I called 80 or 90 diocesan priests at night. A few dozen spoke on background, recounting stories of priests known to have female lovers; many more had relationships with men; and a circle of priests in official positions were known for hothouse gay lifestyles.

A diocesan insider who leaked information to a Lafayette plaintiff's attorney spoke to me on background with even more lurid stories. A year later, he was arrested for child abuse; he died in prison of AIDS.

Frey, now deceased, was an alcoholic who spent long periods at his family's summer home on the Mississippi Gulf Coast, entrusting daily duties to Larroque. Yet, after the first round of lawsuits settled, Frey visited the homes of families, willing to see them to apologize and listen. Raymond Blanco, perhaps Frey's closest lay adviser, later told me that the bishop had welts on his face from the blasts of anger.

Frey tried to make amends, something few other bishops did in the early decades of a building national scandal.

In the fall of 1985, Matys started a weekly in San Antonio, and Richard Baudouin, who had gone through Jesuit High School several years behind me, became the Times of Acadiana editor. As I broke stories on four more priests, the appropriately named Daily Advertiser -- housed a few steps away on Jefferson Street -- attacked the weekly and me as "vultures of yellow journalism." The diocesan lawyer lashed out at me in a front-page article, without contradicting what I had written.

In January 1986, I reported that the diocese had recycled seven predators over many years through a map of outlying towns.

Before the piece ran, Baudouin took me to dinner. He was considering an editorial. What did I think he should say?

"Tell Frey and Larroque to resign."

He nodded. "Jason, I haven't read an editorial like that."

I replied: "Richard, no one has ever written an editorial like that."

With no disrespect to my friends at The Boston Globe, who earned a well-deserved Pulitzer for the 2002 series, Richard's editorial 16 years earlier calling on the Vatican to replace Frey and Larroque if they did not resign should be taught in every journalism class in America: "We must insist on the principle of justice, that officials of the church are not above the law, not above basic moral and ethical standards of the areas which they serve. ... This newspaper, for one, will not stand silent at the outrages that have been perpetrated upon the people of this region."

The national press ignored the editorial. Not Edmund Reggie, a wealthy retired judge in the town of Crowley, La. He called the publisher, Steve May, at home, demanding a retraction. May refused.

Reggie and a prominent pastor cajoled businesses to pull ads. The boycott had cost the paper $20,000 when Blanco (whose wife, Kathleen, would later be elected governor) negotiated a truce, getting the ads back in the paper.

Rome responded quickly. My last piece on the diocesan saga for that paper covered the July 1986 installation of Bishop Harry Flynn, as coadjutor who soon replaced Frey. Larroque, keeper of the secrets, stayed on as vicar general.

By then, I was getting information on cover-ups in far-flung dioceses, researching a national crisis for Lead Us Not Into Temptation, my 1992 book on the crisis.

In 2000, Baudouin died suddenly of an embolism in his living room. A member of the Ancient Order of Hibernians, he was 46.

May subsequently sold the Times of Acadiana to the Gannett chain, which had also purchased The Daily Advertiser. The daily that once attacked the muckraking weekly steadily watered it down.

Last year, Minnesota Public Radio reported that Flynn, early into his Lafayette tenure, met with plaintiff attorney Anthony Fontana, who complained of sexual activity by a pastor named Fr. Gilbert Dutel. "Flynn offered a calm reply," reporter Madeleine Baran wrote in an MPR website narrative. "He explained that Dutel was cured and that, regardless, he needed to keep him in ministry because of the priest shortage. ... Flynn was just like the previous bishop, [Fontana] thought."

When the story aired, the Lafayette diocese stood by Dutel, but refused to release information on his past, or what he was cured of. The Advertiser coverage was not like its debacle of 1985-86 (under previous ownership) but one hot Coca-Cola just the same.

What, then, is my takeaway three decades later?

The clergy abuse crisis stemmed from structural mendacity, institutionalized lying. The celibate culture accustomed to forgiving clerics' sexual secrets with adults extended the tolerance to abuse of children. Bishop Joseph Imesch of Joliet, Ill., said it best in a 1985 deposition concerning a Michigan priest who had done six months in jail. The victim's attorney asked about the penalty for a cleric who violates his promise of celibacy.

Imesch: "Eternal hellfire. I -- you know, what's the penalty? Put in that I laughed."

"At the question or the answer?"

"There is no penalty. The penalty -- that's the moral failing or fault with the person."

In Lafayette, the church as a monarchical form of government clashed with two pillars of democracy, the court system and a free press. That story multiplied across the media grid in years to come. The lesson of Lafayette is that without a strong press, church officials will always be tempted to hide behind secrecy and wait for the bad news to blow away.

[Jason Berry, author of Render Unto Rome: The Secret Life of Money in the Catholic Church, writes from New Orleans.]

A version of this story appeared in the July 3-16, 2015 print issue under the headline: A strong press is the Lafayette lesson.