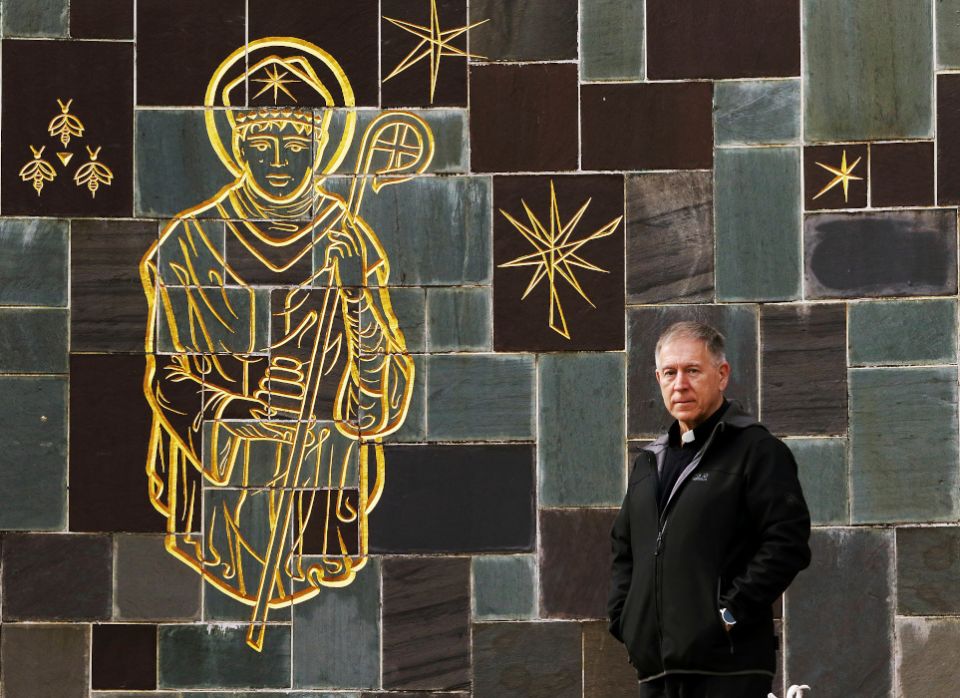 In this March 30, 2018 photo the Rev. Robert "Bud" Grant appears on the campus of St. Ambrose University in Davenport, Iowa. Grant, a well-known professor and priest at a Roman Catholic college in Iowa has been suspended while the church investigates a sexual misconduct allegation dating to the 1990s, the school said Wednesday, March 18, 2020. (AP/Quad City Times/Kevin E. Schmidt)

Iowa City, Iowa — A well-known professor and priest at a Roman Catholic college in Iowa has been suspended while the church investigates a sexual misconduct allegation dating to the 1990s, the school said March 18.

The allegation dates to the early 1990s, when Grant was a teacher and coach at St. Albert High School in Council Bluffs. A prosecutor said the complaint involved one person who was a minor at the time and that it is too old to be criminally investigated under Iowa law.

St. Ambrose said Grant's suspension would last pending the outcome of an investigation by the Diocese of Des Moines, which ordained Grant as a priest in 1984.

The Diocese of Davenport said Grant would be temporarily removed as the sacramental minister at St. Andrew Church in Blue Grass. Church and school officials said they were not aware of any prior complaints against Grant, who didn't respond to messages left at his work phone and email address seeking comment.

In 1994, Grant joined the faculty at St. Ambrose, a private school with an enrollment of around 3,000 students. Known as "Father Bud," he teaches environmental ethics and historical theology and is known for his activism on climate change and other social issues. He is also director of the Academy for the Study of St. Ambrose of Milan and director of the school's Master of Pastoral Theology program.

A spokeswoman for the Diocese of Des Moines, Anne Marie Cox, said "the allegation comes from one person" but that she could not release further details during the investigation.

A hotline operated by Attorney General Tom Miller's office first received information last June from an individual who alleged abuse by Grant between 1992 and 1994, spokesman Lynn Hicks said. A victims' advocate had several contacts with the individual and reached out to church officials with questions as the person decided whether to come forward, he said.

Pottawattamie County Attorney Matthew Wilber, the prosecutor in Council Bluffs, said he and his counterpart in Scott County declined to open criminal investigations because the statute of limitations has long expired. He referred the complaint back to the diocese for an internal investigation. 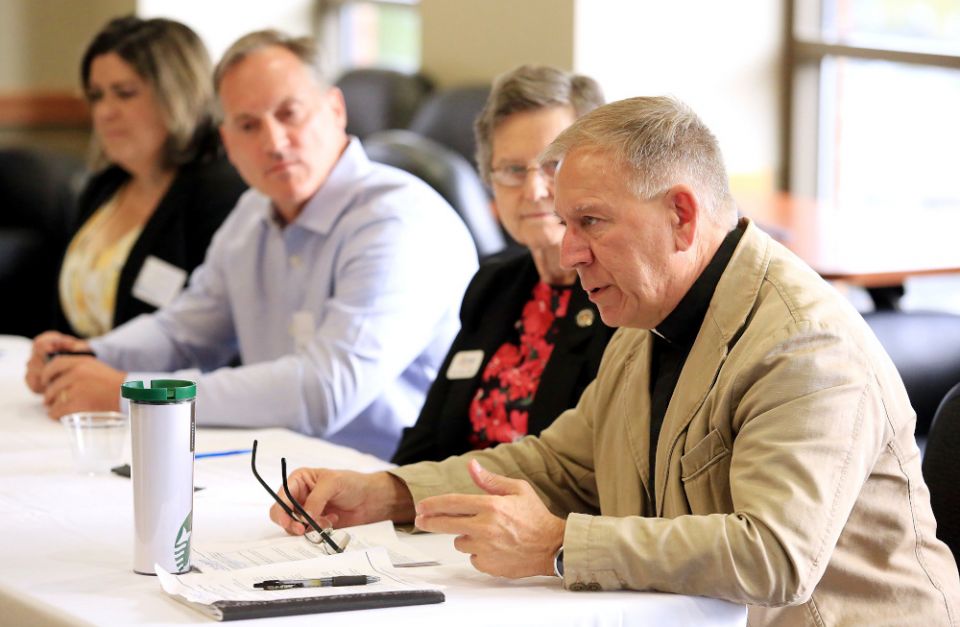 In this Sept. 30, 2019 photo St. Ambrose University professor Fr. Bud Grant speaks during a Climate Change discussion with Bishop Thomas Zinkula at the Rogalski Center on the campus of St. Ambrose University. Grant, a well-known professor and priest at a Roman Catholic college in Iowa has been suspended while the church investigates a sexual misconduct allegation dating to the 1990s, the school said Wednesday, March 18, 2020. (AP?Quad City Times/Kevin E. Schmidt)

"There was nothing we could do with it on our side," Wilber said.

Under Iowa law, sex crimes against children must be prosecuted within 10 or 15 years after the alleged victim turns 18, depending on the circumstances.

Diocese officials were made aware of the complaint on Feb. 27, Cox said.

Des Moines Bishop William Joensen found the allegation "had a semblance of truth" and opened a preliminary investigation, the statement said. Grant was placed on leave and suspended from the ministry on March 4.

"While we investigate this allegation, it is my ardent hope that it serves as an impetus for anyone who may have been sexually abused by a clergy member of our diocese to let us know, so that we can prevent it from ever happening again," Joensen said in the statement.

A St. Albert High School official declined to comment. The diocese said Grant attended school there as a child and worked there from 1988 to 1994. His resume indicates he taught religion and coached boys' soccer teams. He worked previously at three parishes in Shelby County.

The attorney general's office has been investigating how Iowa's four Roman Catholic dioceses have handled allegations of sexual abuse for more than a year. The hotline set up to take reports from survivors has received roughly 50 submissions, Hicks said.

The office has received some records from each of the four dioceses, and has asked for additional information about clergy members who were accused but have not been identified publicly, Hicks said.

The Des Moines diocese said its allegation review committee will look into the evidence and make a recommendation to the bishop on the appropriate course of action. Last April, the diocese released a list of 9 priests who had been credibly accused of abuse between the 1950s and 1990s.

Damages caused by derecho disaster in Iowa estimated at $4 billion