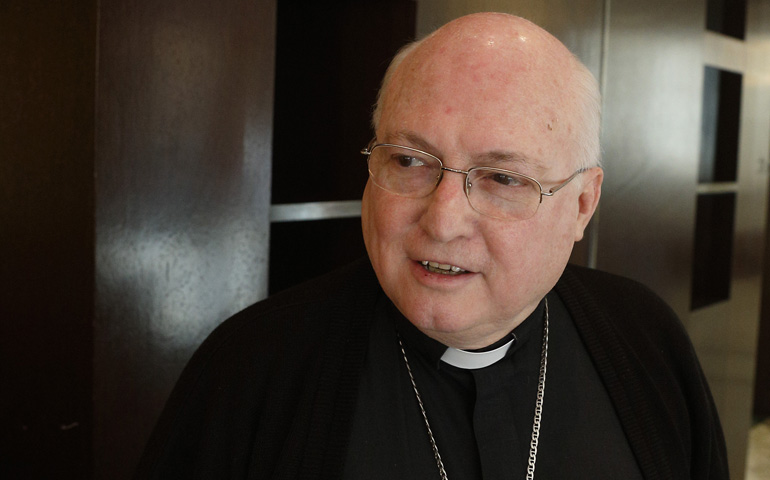 The Vatican denied that Pope Francis had dismissed a controversial Paraguayan bishop because of his mishandling of sex abuse accusations, attributing the decision instead to other failings of governance and friction with fellow bishops.

Meanwhile, the bishop described his dismissal as a case of "ideological persecution" because of his opposition to liberation theology.

News reports at the time noted the bishop's vocal support for Msgr. Carlos Urrutigoity, whom he appointed a high diocesan official even though the priest had been accused of molesting seminarians before coming to Ciudad del Este.

Coming two days after the Vatican's arrest of former Archbishop Jozef Wesolowski, pending a criminal trial on charges of paying for sex with boys during his time as nuncio to the Dominican Republic, the dismissal of Livieres appeared to be the latest step in a Vatican crackdown on sex abuse.

But the Vatican says sex abuse was not a significant factor in Livieres' dismissal.

"Let's not confuse Wesolowski and Livieres; one is a case of pedophilia, the other is not," Jesuit Fr. Federico Lombardi, the Vatican spokesman, told Catholic News Service on Saturday.

"Livieres was not removed for reasons of pedophilia," Lombardi said. "That was not the principal problem."

"There were serious problems with his management of the diocese, the education of clergy and relations with other bishops," Lombardi said.

The spokesman declined to enter into detail, but mentioned differences with other bishops over seminary education and alluded to Livieres' remarks, in a television interview earlier this year, describing one bishop as homosexual.

Lombardi noted that the Vatican's Sept. 25 statement said the bishop's dismissal was for the "greater good of the unity of the church in Ciudad del Este" and among Paraguay's bishops.

Livieres, speaking Saturday with CNS in Rome, agreed that the case of Urrutigoity was "completely marginal" to the pope's action, though he said other Paraguayan bishops had used the priest -- whom he insisted was entirely innocent of sex abuse -- as a "weapon" with which to attack Livieres.

He said his conflict with fellow bishops centered on his opposition to liberation theology, a movement that emerged in Latin America in the 1960s and 1970s, and which the Vatican later criticized for the use of Marxist methodology by some of its practitioners.

Livieres said he was appointed to the diocese by St. John Paul II in 2004 with a mandate, communicated to him by the nuncio at the time, to oppose Paraguayan bishops' "monolithic" support for liberation theology. He said Pope Benedict XVI personally told him in 2008 that liberation theology was "the problem in all of Latin America."

But Pope Benedict "had a very different orientation from the present pontificate," the bishop said. "This is a pontificate opposed to the previous pontificate."

Lombardi characterized the bishop's analysis as "naive," calling it "absolutely reductive to interpret this decision in a way limited to an argument over the theology of liberation."