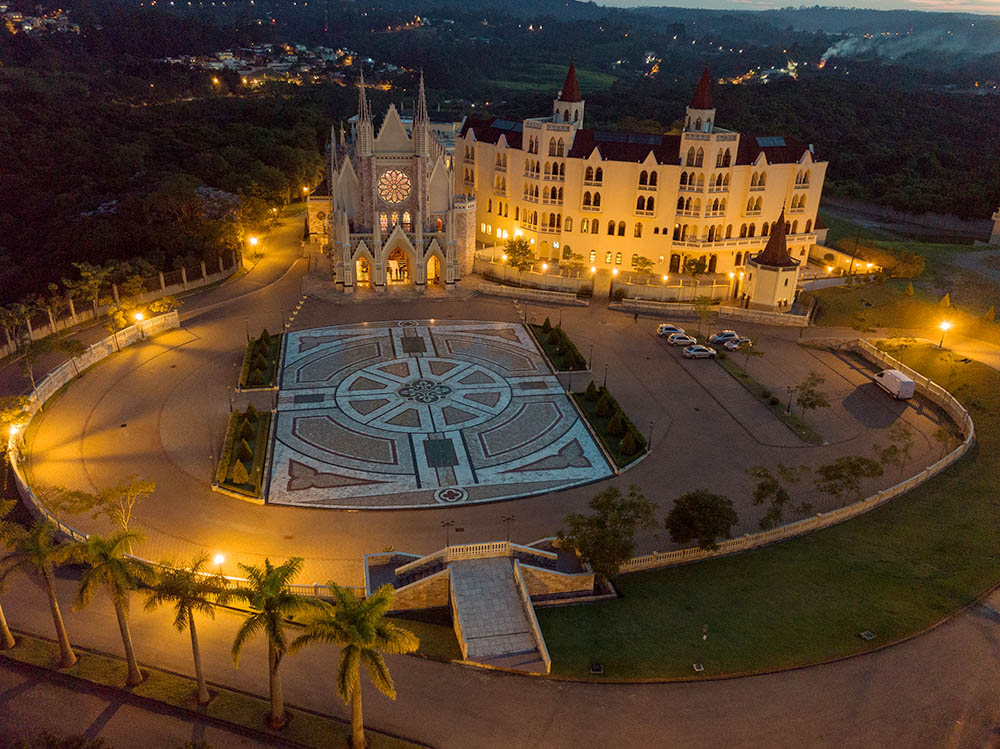 The Minor Basilica of Our Lady of the Rosary of Fatima, the Heralds of the Gospel's church in Embu das Artes, São Paulo (Wikimedia Commons/Webysther Nunes)

The Holy See has instructed the ultra-conservative religious order, the Heralds of the Gospel, to close the boarding schools it operates in Brazil to educate children and adolescents.

The aim is to protect the residential students from the high risk of psychological and sexual violence.

The decision was communicated to the Heralds in a June 22 decree signed by Brazilian Cardinal Joao Braz de Aviz, prefect of the Congregation for Institutes of Consecrated Life and Societies of Apostolic Life.

The decision to close the schools comes after the Holy See reportedly received "information" and complaints from parents who had entrusted their children to the Heralds of the Gospel.

Denouncing the "rigid discipline" and the isolation of families, who were gradually cut off from the young boarders, the Vatican decided that, to prevent "abuse of conscience and control", minors "admitted in any capacity" to the Heralds or living in their houses, colleges and convents, should return "to live with their families and in the care of their parents" before next June.

This particularly drastic measure is unprecedented on the part of the Vatican, which is taking the lead even before a scandal explodes, and while the Brazilian public ministry is currently investigating this community.

However, in a response sent to the Brazilian news site Metropolis, which has been investigating the community, the Heralds argued that their schools are "autonomous civil institutions".

They said evaluation and authorization of their schools depended on public authorities, not the Church, and thus the Vatican does not have "the power to close its educational institutions".

The Heralds of the Gospel is an ultra-conservative community founded in 1999 by a Brazilian priest, Joao Scognamiglio Clà Dias, in the context of the new evangelization.

It was officially approved by the Pontifical Council for the Laity during the pontificate of John Paul II in 2001.

Its mission is to spread devotion to the Blessed Virgin Maria, especially to Our Lady of Fatima.

The Heralds are an offshoot of the Society for the Defense of Tradition, Family and Property (TFP).

That right-wing, traditionalist Brazilian movement was founded in 1960 in São Paulo by the Catholic writer Plinio Corrêa de Oliveira, who was known for his intense fight against communism and "Catholic progressivism".

Mgr. Clá Dias was a former member of TFP, from which he resigned following Oliveira's death in 1995.

The Heralds of the Gospel are particularly recognizable by their attire, which consists of a double-breasted tunic stamped with a large red and white Gothic cross, belted with an iron chain from which a large rosary hangs, and knee-high black leather boots.

With 3,000 members in 78 countries, the Heralds are a lay association of pontifical right and, since 2009, they consist of two societies of apostolic life, one clerical, the other female.

They also have a seminary and a theological institute, the Arautos TV channel, radio stations, a press agency and Internet sites.

In Rome, they are in charge of the Church of San Benedetto in Piscinula, in the Trastevere district.

The association was the subject of a Vatican investigation, launched in 2017, following the revelation of exorcism sessions practiced according to an unconventional ritual, during which the officiants would dialogue with the devil.

The exorcisms were denounced at the time by the Italian journalist Andrea Tornielli, today editorial director of the Dicastery for Communication at the Vatican.

The founder of the Heralds of the Gospel, now 82 years old, submitted his resignation in June 2017.

Whether in its French or Brazilian version, the Heralds' website presents him in hagiographic terms without mentioning his troubles with the Vatican.

Still, the apostolic visitation questioned "deficiencies in the style of government, the life of the council members, the vocational ministry, the training of novices and the administration of goods".

As a result of this investigation, in 2019 Pope Francis placed the governance of the community under the authority of a pontifical commissioner in the person of Cardinal Raymundo Damasceno Assis, the former archbishop of Aparecida.