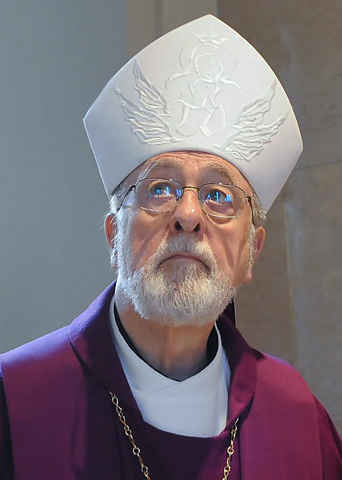 In the 1980s, the bishops of the Milwaukee archdiocese dealt with priests who sexually abused minors in much the same way they handled those who were alcoholics or even those who had credit problems: they assumed the issue could be resolved through therapy or similar means, former Archbishop Rembert George Weakland said in a 2011 deposition released this week.

"We were probably all of us naive in thinking that it was a question of willpower and a question of self-discipline," Weakland said. "I handled cases [in the 1980s] thinking, hoping, praying that it would be the last one I would have to deal with."

He said the bishops viewed pedophilia as an "affliction" and, following practices used with other issues, did not consider it necessary to alert parishioners to previous instances of sexual misconduct.

"There are a lot of things that when you make an assignment you don't disclose," Weakland said in the deposition. "If they had alcohol problems in the past, if they had credit problems with their checking accounts ... I don't think one makes a list of the foibles and the problems that way so it would not have been customary to make that kind of a profile of a priest."

The deposition was made public as part of an agreement in the Milwaukee archdiocese's bankruptcy proceedings. Weakland's deposition provides some insight into the mindset of priests in the era when the church's sexual abuse crisis was beginning to gain traction. In the deposition, Weakland said he did treat priests with more leniency because they were men of the cloth.

"I admit that in many ways we treated, or I treated, the priest a little bit differently than I would have treated an ordinary school teacher," Weakland said. "There was a certain obligation that I had toward the priests that went beyond what I might have toward anyone else."

This was his second deposition in regard to the accusations made against priests for sexually assaulting children. In his first, given in 2008, he said he allowed priests guilty of sexual abuse to continue serving other parishes without warning parishioners or alerting police.

In the 2011 deposition, Weakland said the diocese told bishops at their 1985 annual June conference, which was devoted to the issue of sexual abuse, that they should not dismiss priests but try to work with them. Weakland said he remained concerned about the priests' rights and believed they deserved compassion.

"We all have and must have tremendous regard and concern about the victims, but as Christians, at least, I would hold you also have concern about every human being, which includes the perpetrators," he said. "I do have a concern for the perpetrators. I met so many very talented, wonderful people who will not be able to contribute to society because of this awful, I will call it, affliction and danger that they pose to society."

When asked by Jeff Anderson, the leading lawyer for the victims who have filed claims against the archdiocese, why this threat to children was not addressed for decades, Weakland said it took years for him and for other church officials to recognize that when it came to the sexual abuse of minors, such impulses could not be controlled or eradicated through therapy. According to Weakland, everyone at that time had to learn how to deal with these issues through experience, and the Vatican was no exception.

"I would say that they were behind the curve like the rest of us were," he said.

After being initially alerted to cases of sexual abuse in the late 1970s, Weakland said he didn't really become aware of the breadth of the problem until Fr. William J. Effinger was accused on TV in 1992.

"I became aware of the way in which, not just the individuals, but whole families could be hurt by the molestation and how difficult it was to come to any healing," Weakland said.

Weakland said even through the early 1990s, he believed perpetrators were of little risk to society as long as they had good supervision. He said he started to see himself as a probation officer and that because he was now alerting staffs and parish councils about the past misconduct of priests, those priests would not be a danger to children.

As the extent of the sexual abuse problem became clearer, the Milwaukee archdiocese had to decide how to address the problem.

"There was a certain kind of fear of scandal," Weakland said. "Nobody likes to put their dirty laundry out on the line."

Nine years after Weakland's resignation, the Milwaukee archdiocese became the eighth in the nation to file for bankruptcy. It spent more than $29 million over 20 years to cover costs associated with the sex abuse scandal. Weakland was archbishop during the majority of the sex abuse cases.