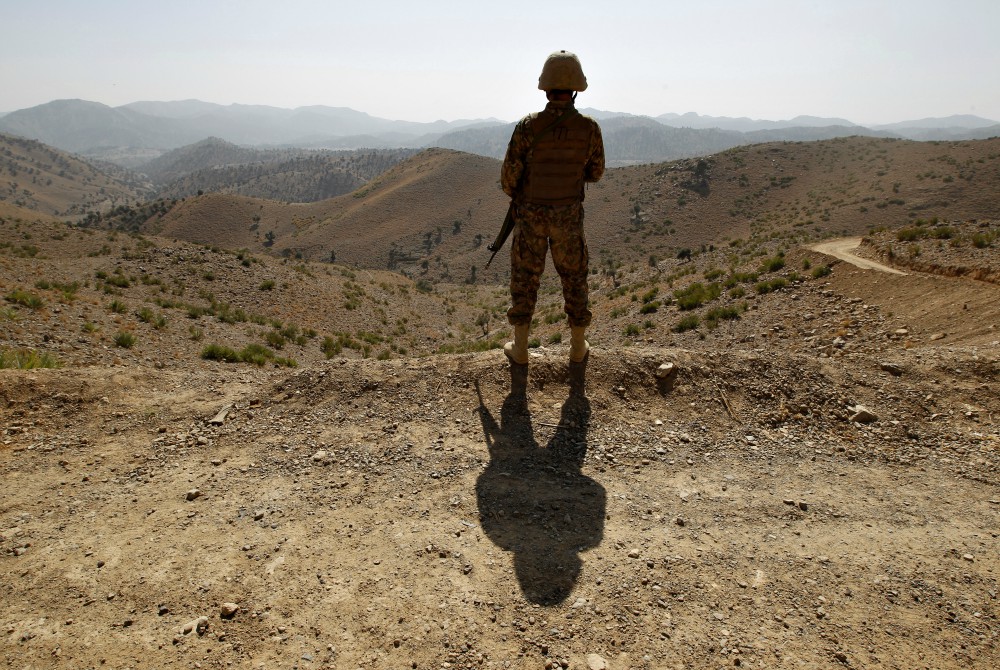 For a range of Catholic ethicists, peace advocates and veterans, the revelations of nearly two decades of government deceit outlined in the Afghanistan Papers were as indicative of a problem in our culture as it was of a failed war strategy.

They weren't surprised by the lies.

"Yet again, we see multiple governments lying to our public in a way that's just completely despicable," said Shaun Casey, director of Georgetown University's Berkley Center for Religion, Peace, and World Affairs. "There's just no scrupling of lying to the American people. That becomes the norm, and that's just so damn frustrating."

Experts say Catholic tradition, including just war, has a crucial role to play in both processing the recent revelations and in counseling American decision-making as a serious moral voice.

"This is a matter of fundamental trust between a government in a democratic representative republic and its people," said Msgr. Stuart Swetland, the president of Donnelly College in Kansas City, Kansas, who is an expert on Christian ethics and graduate of the U.S. Naval Academy.

According to the Dec. 9 Washington Post report on the Papers, interviews conducted by the federal government with more than 400 insiders who played a role in the war revealed "explicit and sustained efforts by the U.S. government to deliberately mislead the public."

"Every data point was altered to present the best picture possible," said one official quoted in the Post.

Another stated, "The metrics were always manipulated for the duration of the war."

"This is bipartisan," Swetland told NCR of the government's portrayal of the ongoing war that began in 2001. "We have three administrations, from both parties, who have not been honest with the American people. That speaks to a fundamental corruption that has to be addressed."

Marie Dennis, former co-president of Pax Christi International, said the revelations add to the current sense of "drowning in untruth" and point to the need for citizens to demand the truth from the government.

"We feel like a small entity trying to question this huge operation that spends $700 billion a year and is directly accountable to the president of the United States. Who are we to question that?" Dennis said. "Well I think we need to be questioning it. And we need to recognize the distortion that comes from investing so much resource ... in preparing for war and almost nothing in preparing for peace."

For Catholics, knowing the truth is especially essential for accurately assessing the morality of war.

In an op-ed in The Washington Post reacting to the Afghanistan Papers, Peter Lucier, a former Marine who was deployed to Afghanistan in 2011, wrote, "As a Catholic, that lack of information makes it harder to understand and judge whether war was just."

Under the just war ethic, the first criteria that must be met in establishing the permissibility of going to war is a right intention, according to Casey.

In 2005, Casey wrote, "Particularly in a representative democracy, leaders owe the citizenry public justifications, and it is right for such citizens to demand clear answers as to why we are fighting."

This is not only true of an overall conflict, but "even in war it is necessary to discern real intentions on an ongoing basis," Casey wrote. "Right intention is not simply something dealt with at the outset of hostilities."

The Afghanistan Papers describe how U.S. officials and military commanders struggled to even identify "bad guys" in Afghanistan, much less articulate a coherent set of goals the war effort was meant to accomplish.

"With AfPak strategy there was a present under the Christmas tree for everyone," an official is quoted in the report. "By the time you were finished you had so many priorities and aspirations it was like no strategy at all."

Initially, in 2001, the United States intervened in Afghanistan's stalemated civil war as a means to get to Osama bin Laden, Casey said. However, that justification quickly dissipated when the United States failed to capture bin Laden.

"Whatever just cause may have existed long ago got lost and evaporated, and I think the Afghanistan Papers show we had no idea why we were there," Casey said.

Swetland connected this to what he called the "dysfunctionality of our political system."

"All of this is happening under the auspices of authorization to use force that was passed by a Congress right after 9/11. That's now 20 years ago. That's a biblical generation ago," Swetland said. He emphasized that Congress has not done sufficient oversight in reauthorizing the war under specific auspices that outline clear goals and justifications.

"If they can't tell that moral story, they have no business authorizing use of force," he said, also noting that Catholic ethics does not require to do the useless, meaning there comes a time when we should stop military action if it is not achieving the just goals initially set out.

"And if we don't even have just goals, then obviously we should stop doing what we're doing, because we're just contributing more and more to the ongoing injustice," Swetland said.

In his op-ed, Lucier wrote that he "was a soldier lost at war, but no one back home seemed to understand that." Constantly being thanked and patted on the back clashed with "the confusion and emptiness" Lucier said he felt serving in Afghanistan.

On occasion, Swetland said, he teaches military personnel about the just war tradition. One thing he makes sure to always tell officers is that they have a moral obligation to explain to their troops "that what they're doing is moral and here's why." If those officers don't have a moral story to tell, that means their mission may very well be immoral, he said. 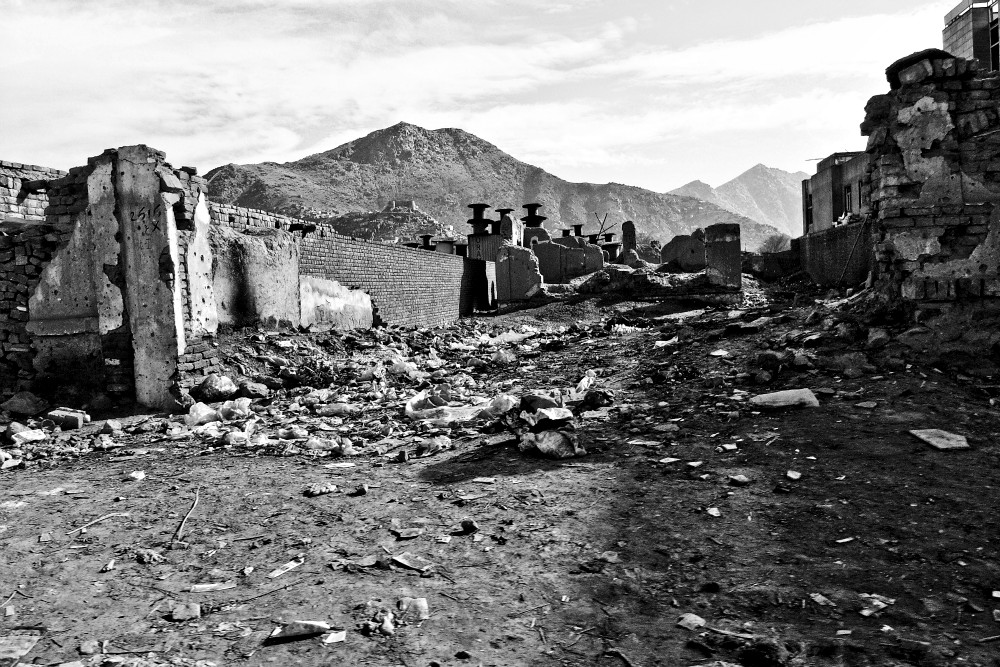 Adding a practical element to this, Swetland said it's his personal opinion "that at least some of the post-traumatic syndrome that troops are enduring has to do with no one ever told them the moral story of why what they were called to do was in fact moral."

Dennis, whose organization is dedicated to promoting peace, told NCR the Afghanistan Papers demonstrate obvious gaps in U.S. understanding of how to address violence with means other than war. She pointed out the massive budget dedicated to military spending compared to the "minimum amount in preparing nonviolent answers." The work of the U.S. Institute of Peace, for example, is much too peripheral to U.S. policy and decision-making by her estimation.

Since 2001, the United States has spent between $934 billion and $978 billion on Afghanistan, according to the Afghanistan Papers.

"Who is advising the president in a situation like [Afghanistan] who has deep experience in peace-building — in responding in nonviolent ways — even to egregious violence?" Dennis said.

A central tenet of just war theory is that war is always a last resort, multiple experts told NCR.

"If we've never invested in really understanding how to respond without using military force, we can't say that it was the last resort because we haven't looked at other possibilities," Dennis said.

While the United States may have been justified in pursuing those who attacked us on 9/11, Swetland said he was ridiculed at that time for suggesting the United States forgo a retaliation and instead respond to the attacks nonviolently.

"Perhaps that would have been a lesson to the Middle East where we continue to have ongoing back and forth," he said.

Casey disagreed that peacemaking and peace-building would have effectively mitigated what bin Laden did and was threatening to do. He also urged caution against overestimating the United States' ability to solve all problems in all regions around the world.

"I think we could have intervened militarily to find him, capture him and possibly kill him if necessary. And failing that, we should have pulled out," Casey said. 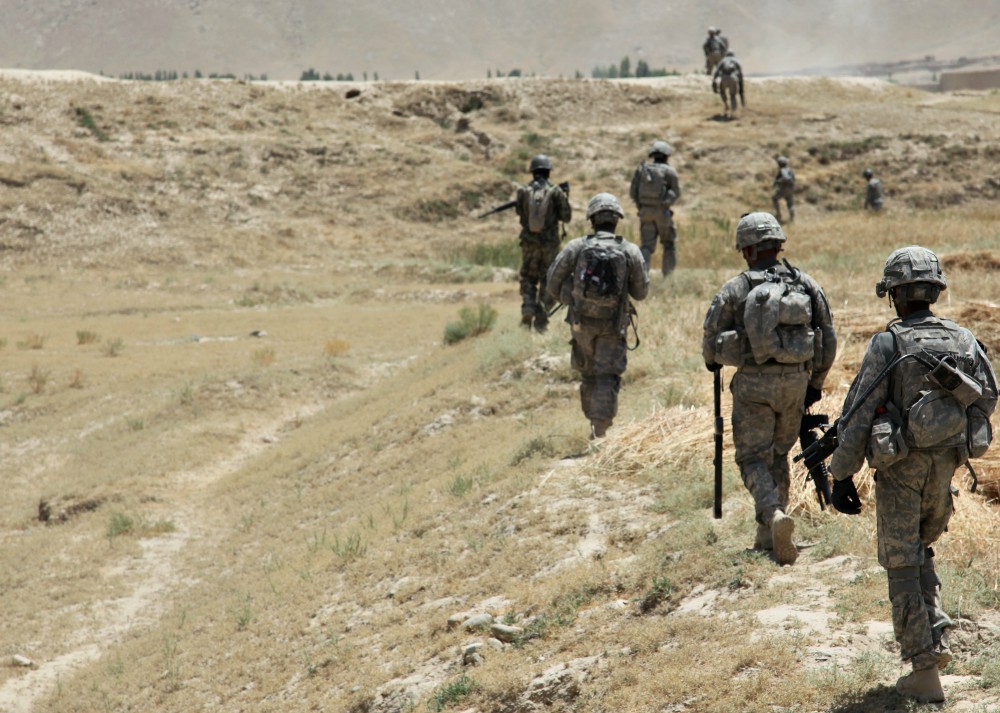 Still, the war in Afghanistan, along with Iraq, is an example of what Casey called the United States' "willful ignorance of lived religions around the world."

According to The Washington Post report, the United States allocated more money to nation-building efforts in Afghanistan than it spent, adjusted for inflation, on the entire Marshall Plan after World War II. Interviews in the report, however, describe the project's inherently flawed strategy of introducing foreign concepts like democracy to a country more historically accustomed to communism and Islamic law.

Casey plans on carving through the Afghanistan Papers documents more thoroughly to better understand how U.S. ignorance of religion in Afghanistan contributed to our failures. Without a sophisticated understanding of the role religion plays in regions like the Middle East, decadeslong nation-building efforts will be "doomed to fail," he said.

Under the Obama administration, the United States developed a fledgling capacity to aid diplomats in understanding religion's role in diplomacy, according to Casey, who spent four years setting up the Office of Religion and Global Affairs in the State Department under Secretary of State John Kerry. That effort has since been wiped away by the Trump administration, he said.

"A lot of people die and trillions of dollars get wasted because we just don't have the capacity to understand what's going on in the ground level," Casey said.

The experts NCR spoke with all agreed that Catholic teaching has a crucial role to play in national conversations about war in Afghanistan and beyond.

"There's a host of issues that need to be addressed that the church has particular competence or history in," said Swetland. "This is the time we need to bring that all to bear as a moral voice speaking out at a time when it's needed."

In the case of Afghanistan, Casey said many people who wanted to go to war dismissed last resort as too high of a bar and didn't spend enough time "delineating what success means." He hopes to possibly convene scholars from around the country to discuss ethical questions related to the Afghanistan Papers revelations.

"A robust, strong application of the [just war] tradition can be a sobering moral voice that cautions the rush to war and prevents the rush to war if people really embrace the criteria," said Casey.

Read this next: An eyewitness to the horrors of the US 'forever wars' speaks out

A version of this story appeared in the Jan 24-Feb 6, 2020 print issue under the headline: Afghanistan: To some Catholic experts, the lies are no surprise.