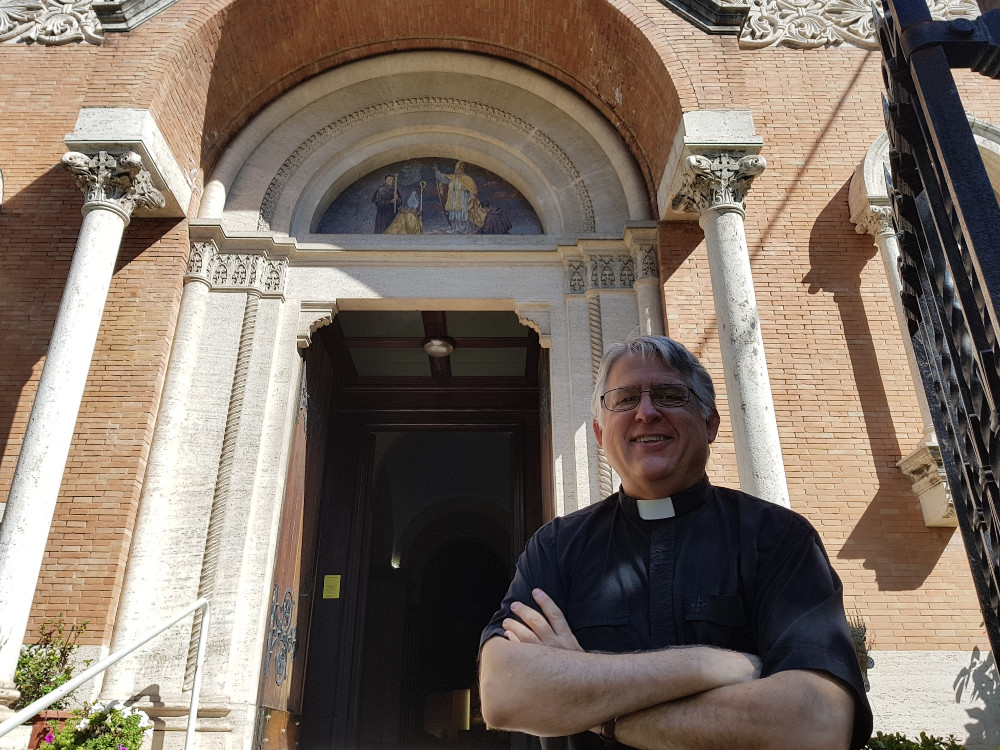 After years in exile from the church they had called home for the past 95 years, the American Catholic community in Rome moved to a new church they can finally call their own.

Located just a few steps away from the U.S. Embassy to Italy, St. Patrick's Church is the new official "mission for the care of souls for U.S. faithful residing in Rome," said Paulist Fr. Greg Apparcel, rector of St. Patrick's.

U.S. Catholics in Rome, guided by the Paulist Fathers, had called the Church of Santa Susanna their parish since 1922. But the cloistered Cistercian nuns, who have had a presence at the historic parish since 1587, found the American presence distracting and made various attempts over the years to evict them.

"I tried to understand their position," Apparcel told Catholic News Service Aug. 7. "It was their home, and they felt we invaded their home. We felt it was our home, (but) they didn't agree with that."

While there was no dispute regarding the ownership of Santa Susanna, the pastoral responsibility of the church had belonged to the Paulist priests for decades. In 2012, however, tensions rose when several large signs were placed in the church that stated the Cistercians owned the church.

Apparcel told CNS that he appealed to Cardinal Pietro Parolin, Vatican secretary of state, who in turn asked Pope Francis to intervene in the matter and allow the American community to return to the parish.

However, the Paulist priest said, "we were discouraged from coming back there because the Cistercian community owns the church, and they felt that they just wanted it to be them."

Instead, the Vatican encouraged Apparcel to move to St. Patrick's Church, a parish run by Augustinian priests from Ireland who decided in 2012 to leave their ministry in Rome due to "a lack of priests."

"They have been incredibly generous and hospitable to us. No question about it," the Paulist priest told CNS.

While the disagreement with the Cistercian nuns at Santa Susanna left relations at times strained, Apparcel said there are no hard feelings between the two communities.

"We had a very nice, very friendly conversation," he told CNS. "They said they had nothing but good feelings for the Paulist Fathers and the American community. And (they) offered their prayers and asked us to pray for them. They were sincere."

The nearly 400 families that make up the American parish in Rome, Apparcel added, are also "relieved" that they finally have their own church rather than attending in Mass in different parishes.

Despite the odds, Apparcel cared for the spiritual needs for the flock during that five-year period, often racing from one parish to another to celebrate Mass in English while Santa Susanna remained closed to the American community.

"I've gone through all the emotions from A-Z. The first year was really rough because I felt like, 'How much worse can it get?' I mean, basically, you're kicked out of your church!" he said. "In the beginning, I felt like I was a failure, that it was my fault."

However, with the support of his parishioners and Paulist Fr. Steve Bossi, his good friend and vice rector of the parish, Apparcel said he realized that "even though we weren't altogether in one place, we were still an identifiable Catholic community in Rome."

"This is a really visible example of the fact that the church is not a building, that the people are the church, that the community existed and even thrived during this period," Apparcel told CNS. "It doesn't matter that we didn't have a church. Though I'm glad we do now!"