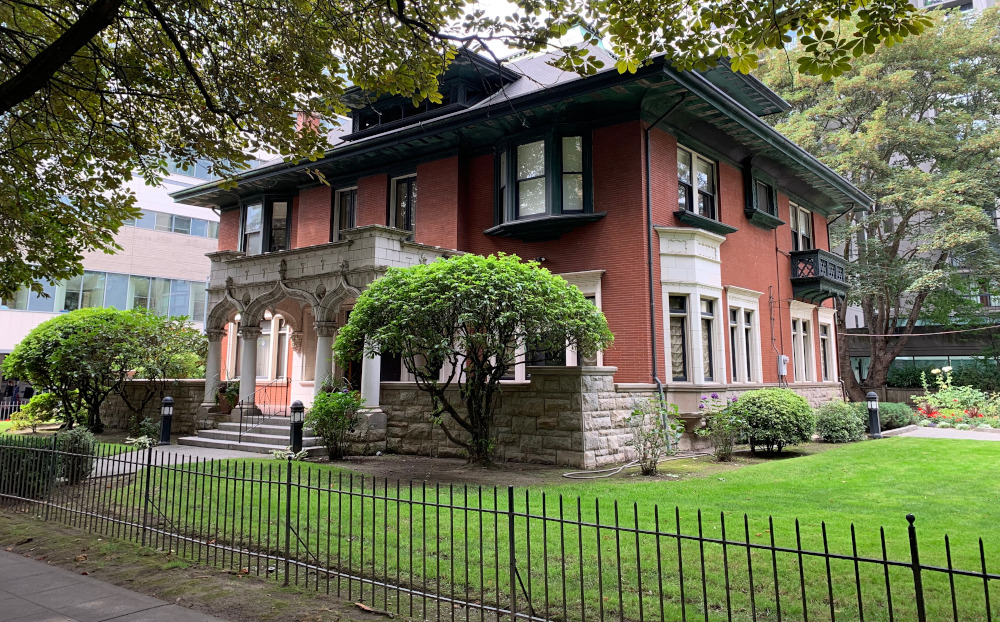 Connolly House has been home to Seattle bishops and archbishops for nearly a century. Archbishop Paul D. Etienne, who was appointed by Pope Francis as the new archbishop of Seattle Sept.3, 2019, has said he will not live in the 9,000-square-foot mansion, saying: "I am a pastor, not a prince." (CNS photo/Northwest Catholic/Kevin Birnbaum)

Seattle Archbishop Paul D. Etienne said he will not live in the 9,000-square-foot mansion that many of his predecessors called home.

In a letter sent to archdiocesan priests and deacons Sept. 3 — his first day as leader of the Archdiocese of Seattle — the archbishop wrote: "While the Connolly House has been home to the archbishops since 1920, it will not be home for me."

"I prefer to live a more simplified life," he explained, adding that he was "exploring options on church properties" and hoped to find an alternative soon.

"Meanwhile, a prudent discussion will explore the possibility of selling Connolly House to help fund the great many needs across this archdiocese," he wrote.

The property has an appraised value of $8.4 million, according to the King County Department of Assessments.

"The house doesn't represent who I am," Etienne said in an interview with Northwest Catholic, news magazine and website for the Archdiocese of Seattle. "I think the days of bishops living in a manner that's a lot nicer than the majority of their people live, those days are gone, and they should be."

"I am a pastor, not a prince," he added, "and I want to live in a manner that's more reflective of how my people live."

Etienne said the "model and message of Pope Francis" influenced him. After his election in 2013, the pope made headlines by opting to live in a Vatican guesthouse rather than the Apostolic Palace.

The archbishop said his decision "is not a reflection upon how the previous bishops lived."

"It's not condemning that," he said, "but we're in a different age today, and I want people to know that I'm willing to examine everything — including the home that I live in that the people of God provide me — in order to renew this church."

"Bishops face a challenge today of reclaiming our credibility," he added.

Etienne said his decision not to live in the mansion reflects who he is, how he thinks a bishop is called to live and his concern for the environment.

"One guy doesn't need that large of an ecological footprint," he said.

Deciding the future of Connolly House will be "a very collaborative process," Etienne said. "That's a discussion that's got to involve a lot more people than me."

At the same time, he said: "It's clearly a piece of real estate that, if we divest of it, can help us advance the ministries of the church."

In 2012, Connolly House was "the only surviving mansion on First Hill still in residential use," according to a booklet from the nonprofit Historic Seattle. 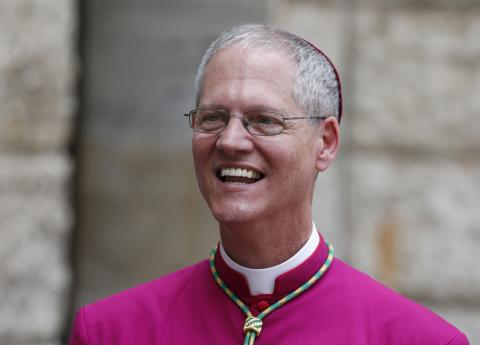 Archbishop Paul D. Etienne, who was appointed by Pope Francis as the new archbishop of Seattle Sept.3, 2019, has said he will not live in Connolly House, a 9,000-square-foot mansion, saying: "I am a pastor, not a prince." (CNS/Paul Haring)

The house, designed by William Spalding, was built in 1902 for William Hofius, the president of a steel and equipment company. The Diocese of Seattle acquired the property in 1920 for Bishop Edward J. O'Dea, who lived there until his death in 1932.

Archbishop Raymond G. Hunthausen was the only archbishop who didn't live in the mansion and Connolly continued to live there after his retirement until his death in 1991.

Murphy named the residence Connolly House in honor of Connolly. According to an online history, Murphy enjoyed hosting archdiocesan functions there and relished telling people that a neighbor was once heard saying, "I don't know who lives there, but they sure have a lot of parties."

The sometimes-lavish living quarters of church leaders have been the subject of scrutiny in recent years.

In 2014, a German bishop came under fire for spending more than $40 million remodeling his residence and diocesan center, a scandal that earned him the epithet "Bishop of Bling."

In 2018, public backlash moved Bishop Patrick J. McGrath of San Jose, California, to sell a $2.3 million house the diocese had bought for his retirement. Instead, he announced, he would live in a parish rectory.

The Archdiocese of Boston sold its archbishop's residence in 2004 to pay settlements to victims of clergy sexual abuse. Etienne said abuse settlements were not a factor in his decisions about Connolly House