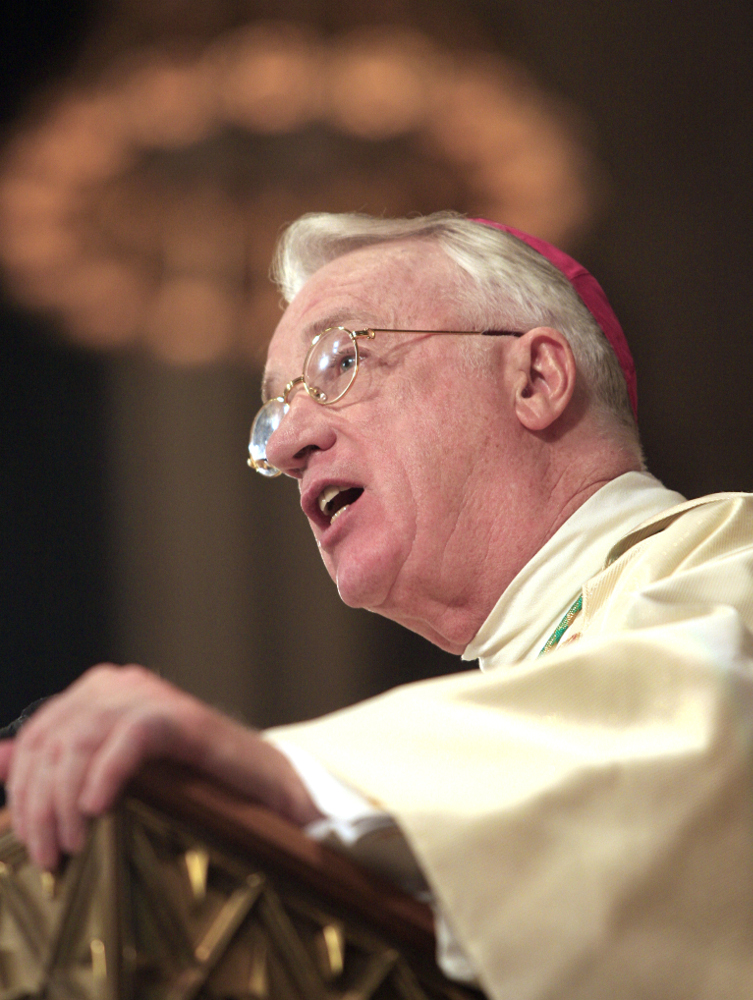 Bishop Michael Bransfield, former bishop of the Diocese of Wheeling-Charleston W.Va., is pictured in a 2009 photo. Archbishop William Lori of Baltimore released additional details June 5, 2019, about the investigation into allegations of sexual misconduct and financial improprieties against Bransfield. (CNS/Bob Roller) 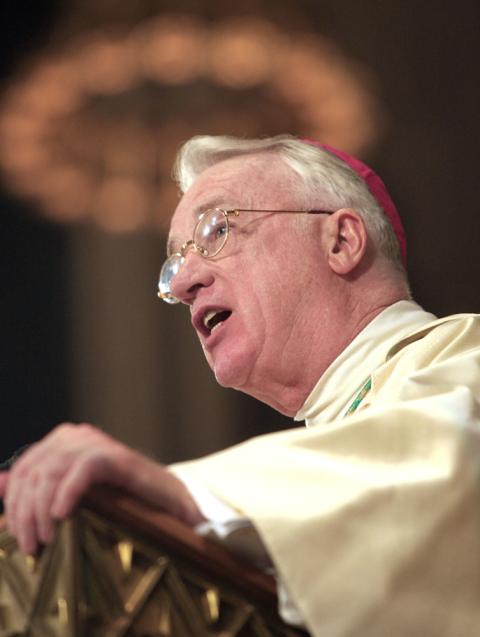 Bishop Michael Bransfield, former bishop of the Diocese of Wheeling-Charleston W.Va., is pictured in a 2009 photo. Archbishop William Lori of Baltimore released additional details June 5, 2019, about the investigation into allegations of sexual misconduct and financial improprieties against Bransfield. (CNS/Bob Roller)

Archbishop William Lori of Baltimore released additional details June 5 about the investigation into allegations of sexual misconduct and financial improprieties against Bishop Michael Bransfield, former bishop of the Diocese of Wheeling-Charleston, West Virginia.

In a letter to the faithful, Lori, who was appointed apostolic administrator of the diocese last September, said that he wanted to more fully share information about the investigation the Vatican asked him to conduct into Bransfield's activities, the report of which was sent to the Holy See in March.

"Regarding allegations of sexual harassment of adults by Bishop Bransfield, the investigative team determined that the accounts of those who accused Bishop Bransfield of sexual harassment are credible," Lori said in the letter. "The team uncovered a consistent pattern of sexual innuendo, and overt suggestive comments and actions toward those over whom the former bishop exercised authority."

He noted that the investigation did not uncover sexual abuse of minors by the bishop.

"Without a doubt, the alleged victims of former Bishop Bransfield's sexual harassment must be our first and constant concern. Thus, the diocese has committed to providing counseling to them and to all priests and lay personnel at the chancery. ... For known victims, the diocese will commit to reimbursing the costs for mental health assistance for a provider of their choosing," Lori said.

He also said he has "mandated that a third-party reporting system for any allegation against a bishop of the diocese be implemented."

The letter to the faithful also noted that the investigation revealed "a pattern of excessive and inappropriate spending," including extensive and expensive renovations that Bransfield initiated and completed at his private residences in both Wheeling and Charleston, as well as his intended retirement residence, the construction of which was halted at Lori's request at the time of his appointment as apostolic administrator of the diocese.

The probe further found that the bishop misused diocesan funds for personal benefit on such things as travel, dining, liquor, gifts and luxury items.

Lori noted that he was among those who received gifts from the bishop, totaling $7,500, which he said he was returning to the Diocese of Wheeling-Charleston with the request that it be used for Catholic Charities.

The Washington Post reported June 5 that, based on an early draft of the report and the final report, copies of both of which the Post had obtained, Lori had received $10,500 from Bishop Bransfield.

Sean Caine, executive director of communications for the archdiocese, explained that $3,000 of that was travel expenses and honoraria for the archbishop preaching at two Red Masses in the Diocese of Wheeling-Charleston, an annual event to pray for those in the judicial and legislative branches.

The Post also reported that the names of individual clerics who had received cash gifts from Bishop Bransfield over the years were deleted from the final report.

Lori said, "By deleting the reference to specific individuals who received gifts, and just noting the totals with a separate list of the recipients, the thinking was that by selecting particular individuals to identify who received gifts is a distraction and raises questions as to why we selected some individuals and not others."

"The point we tried to make in the report is that the gift-giving was part of Bishop Bransfield's excessive spending, which we can make by indicating the totals," he said.

Caine noted that none of the investigating team had objected to that strategy at the time. He said Lori acknowledges that in hindsight, he can see how not sharing this information could be seen as protecting those whose judgment could have been compromised by such gifts and that if he had it to do over again the report would have included the names of those clerics who received gifts, including his own, with some notation that there was no evidence found to suggest those who received gifts reciprocated in any way that was inappropriate.

"He has since sent the list of names of those bishops who received gifts to the Holy See," Caine said.

Lori said he was working with diocesan leadership and the Finance Council to put in place better safeguards. "Clearly, despite proper checks and balances, diocesan policies and oversight procedures were subverted and we are determined to prevent this type of lapse from occurring in the future," the archbishop said.

He also said he would immediately list for sale the bishop's residence, which had been used by four bishops of the diocese since 1963.

Regarding the third-party reporting system he described, Lori said it is in process and will soon be launched; it will allow for anonymous complaints to be made.

The process is modeled after a program the archbishop instituted in the Archdiocese of Baltimore, and uses a third-party vendor to receive and direct such reports to members of the lay-led Independent Review Board for reporting of any financial impropriety, sexual abuse or harassment to the appropriate civil and church authorities.

"I am deeply pained by and sorry for the harm that the former bishop caused to those he was charged with shepherding in a spirit of Christ-like humility, service and pastoral care and charity," Lori said. "There is no excuse, nor adequate explanation, that will satisfy the troubling question of how his behavior was allowed to continue for as long as it did without the accountability that we must require of those who have been entrusted with so much – both spiritual and material – as bishops and pastors."

Accountability is a critical issue the Catholic Church "is presently committed to addressing once and for all," he said, with the guidance of Pope Francis and his "motu proprio" issued May 9 in the form of a new universal law to help the church safeguard its members from abuse and hold its leaders accountable. It took effect June 1.

"We are committed to bringing about the healing that the good people of the Diocese of Wheeling-Charleston require," Lori said, "and can only pray for and work relentlessly to regain their renewed trust and confidence."