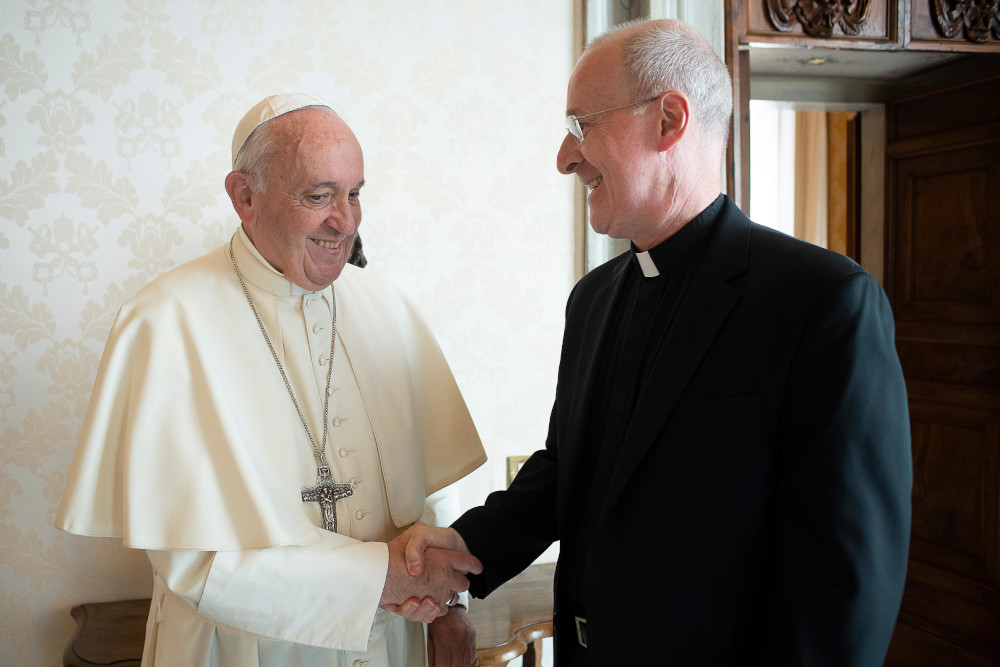 Editor's note: Pope Francis met Feb. 10 with the bishops of the southwestern United States, as part of the recently concluded ad limina visits to Rome of the 15 regions of the U.S. bishops' conference. In a Feb. 21 article, Catholic News Agency (CNA), recounted alleged details of the papal encounter, citing several unnamed bishops who took part. Specifically, CNA reported that the pontiff had expressed displeasure over how Jesuit Fr. James Martin had acted following a Sept. 30, 2019, meeting with Francis, during which the two discussed Martin's ministry to the LGBT community.

I wish to address the article that appeared in CNA regarding the meeting of the bishops of Region XIII and Pope Francis on Monday, February 10, 2020.

The article puts forward a series of statements supposedly made by Pope Francis regarding Fr. James Martin's meeting with the Holy Father on September 30, 2019. The bishops who reported these statements to CNA remained anonymous throughout the article. 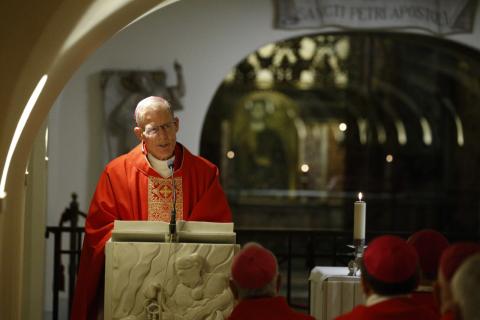 Our meeting with the Pope lasted almost two hours and forty-five minutes, so it is difficult for anyone to remember with precision anything that was said. However, the general tone of the Pope's responses to issues raised with him was never angry, nor do I remember the Pope saying or implying that he was unhappy with Father Martin or his ministry.

It is not my place to speak for the Pope in these matters; I am simply saying that my distinct recollection is that during our meeting the Pope never spoke of Father Martin or his ministry in a negative way.

In looking at specific comments in the article, I would make the following observations:

1. The first paragraph states that Pope Francis talked about "…his 2019 meeting with Fr. James Martin, SJ…" Yes, he did. But he did not bring it up: several bishops did. Furthermore, that September 30, 2019 meeting was only mentioned in passing and was not the main point of the questions. Rather, it was Father Martin's talk to the university presidents recently and his work in general with the LGBT community that was brought up.

2. In the fourth paragraph, the article states that the Pope was most displeased with the subject of "Father Martin and how their encounter had been used." My recollection is that it was not Father Martin the Pope was talking about, but the way others tried to use that encounter, one way or the other. In my view, the language subtlety, yet incorrectly, leads the reader to believe that Father Martin was the issue while in fact, it was how others used their meeting that was in play. Furthermore, I have no memory at all of the Pope being angry, upset or annoyed. He spoke gently and patiently throughout our meeting.

3. In paragraph ten, it is said that the Pope did not mean for Father Martin's meeting with him to convey any significance. I do not remember him saying that.

4. I believe that paragraph eleven falls into the error of paragraph four by suggesting that Father Martin is the issue when it is the interpretation of others that is involved.

5. Paragraph twelve: Not at all true from my vantage point. The Pope never said Father Martin was given a "talking to," nor did he say that he spoke to his superiors regarding him. I vaguely remember some mention of people in leadership trying to clarify any misunderstandings about his ministry. This may refer to an article he wrote in America about a year ago regarding his ministry. In it, as I recall, he detailed the ways in which his ministry was not contrary to Church teaching but in keeping with the Church's mission and Gospel mandate.

Ordinarily, I would not be sanguine about offering these recollections of our wonderful meeting with Pope Francis.  However, I believe that I have an obligation to offer my perspective on those matters contained in the CNA article about Father James Martin, SJ, since my understanding of the facts differs from what was reported anonymously.