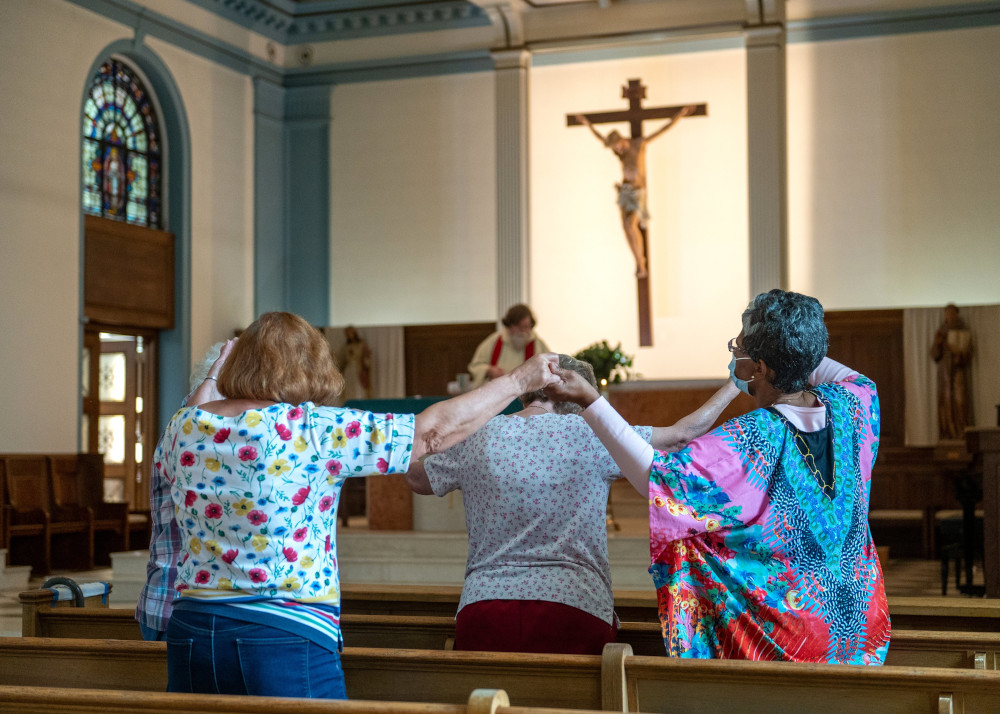 The 57 urban parishes in the Archdiocese of Baltimore are embarking on a two-year listening and discernment process to determine how well their ministries and pastoral services meet the needs of the neighborhoods in which they are located.

The initiative will focus on renewing parish ministry within Baltimore and just beyond the city at a time when membership has declined and significant needs go unaddressed.

"As we look at the center of our archdiocese, Baltimore city, we all too often see vivid reminders of how much God's healing love and saving message is needed," he said. "As a church, we cannot insulate ourselves from any of this.

"Rather, we have to minister, not only in the neighborhoods of the city, but also to them, and more precisely, with the people who live in our neighborhoods."

Saying the church is at a crossroads locally and globally, Lori explained that "it is getting progressively harder to do more with less" as the city's population declines and racism and gentrification have played a role in dramatic population shifts."

Studies have shown that the number of Catholics -- and those affiliated with other faiths -- are dropping. The COVID-19 pandemic also made ministry and participation in the church more challenging.

The process will include six to 12 months of listening and will incorporate visits to every parish; four to six months of discussion to envision the future; and four to six months to discern the next steps. Implementation could take years, with the goal to bring new life, energy and pastoral activity. New structures or buildings also could be considered.

Lori made clear the church is not pulling back from the city.

"It is a matter of how we are to dive deeper, how we are to invest more," he said. "We're always going to be here. The question is how will the church be present and active in our beloved city?"

As urban vicar, Auxiliary Bishop Bruce A. Lewandowski will guide the process with the support of Geri Royale Byrd, senior project manager for the archdiocese.

Lewandowski said churches that are open now eventually may be used for another service in a neighborhood such as housing, training centers, day care or senior centers, and outreach to poor and unhoused people.

The archdiocese is supporting churches and locations that served the city well "in the 1950s or even the 1980s, but they don't serve the church today," he said, adding that parishes need to ask their neighbors what a church needs to do for them and how a church can best serve them.

He said some churches have become too insulated. They may say they serve the community by giving out food or other services.

"And my question is, did you ever ask them to come inside? Did you ever invite them to church or at least pray with people?" Lewandowski said.

He suggested that those who say they don't wish to proselytize might not be in their current dire situation if they had been inviting people all along to pray with them.

Although archdiocesan Catholic Charities programs do a good job serving people's needs, parishes need to be doing that as well, the bishop said.

"The Holy Spirit is speaking through the neighborhoods and the people in those neighborhoods, which unfortunately over the course of time we've become disconnected from," he said. "So, this is not a running away from the city.

"I see it as a rush toward the city and the people living here in the neighborhoods and asking, 'What kind of church do you need us to be for you?'"

There are more churches, many of which are struggling, and more priests in the city than the population calls for, the bishop said.

"I would rather have fewer, more effective churches in the city doing really, really vibrant, strong ministry that meets the needs of the people where we are both spiritually and physically," he said.

Byrd, who is leading the project, already has met with clergy and parish leaders to set the stage for the urban initiative.

The effort, she explained, will incorporate the gifts and assets of each parish and could include retooling current resources and bringing in new ones where needed.

She also said it seems that some people are more loyal to their parish and a certain building than to the church as a whole and its mission of salvation.

"Christ ... didn't come here to save brick and mortar," Byrd said. "He came to us to save people, and so if we're really following him and if we are doing as he would want us to do, then we have to recognize what our real mission is."