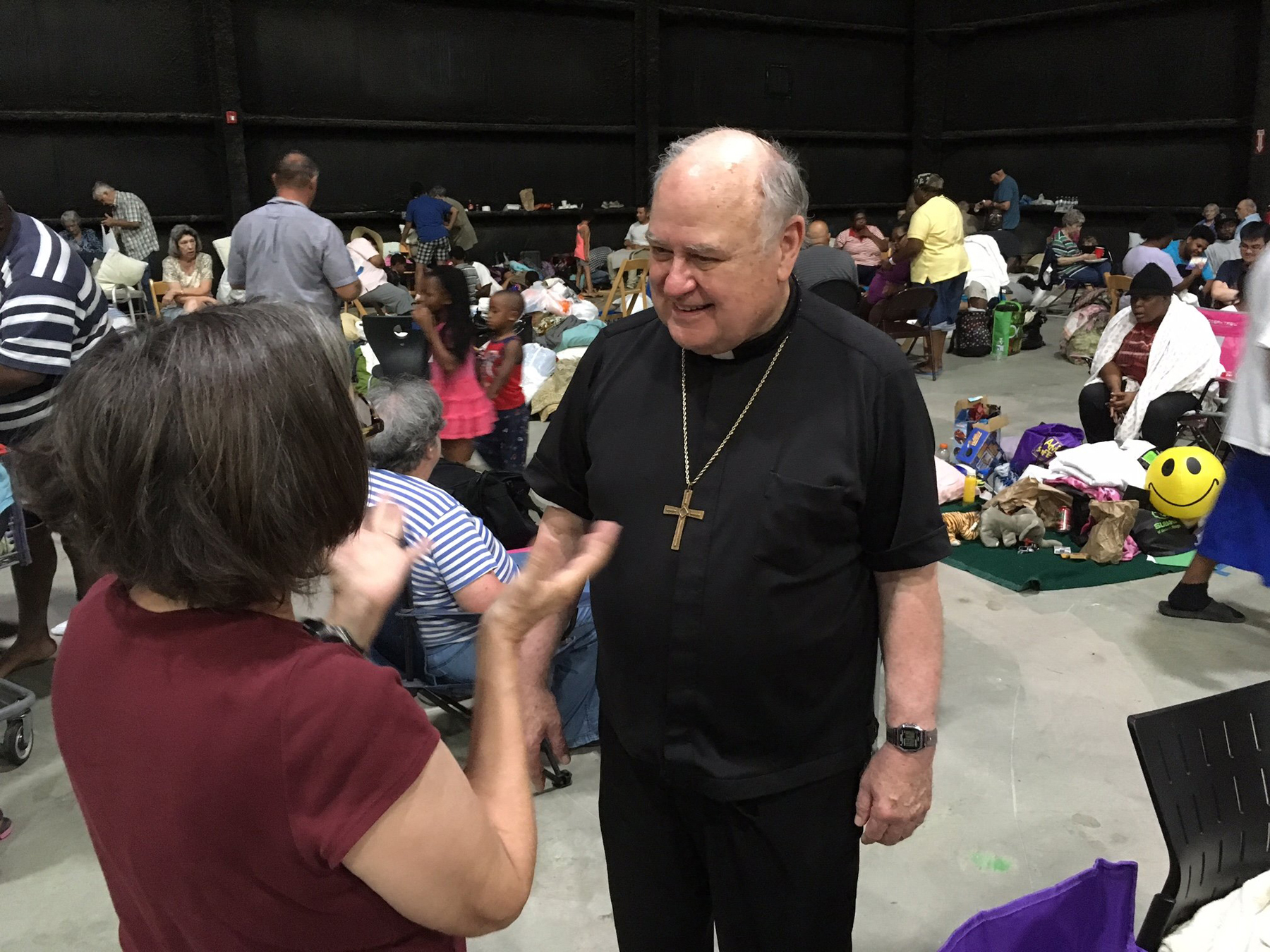 Pope Francis has accepted the resignation of Bishop Robert Muench of Baton Rouge, Louisiana, and named as his successor Bishop Michae Duca of Shreveport, Louisiana.

The changes were announced June 26 in Washington by Archbishop Christopher Pierre, the Vatican nuncio to the United States.

Duca will be installed Aug. 24 in St. Joseph Cathedral in Baton Rouge.

Muench said he and the diocese were grateful to Francis and God for the appointment of Duca as his successor and welcomed him "with open hearts and open arms.

"By nature, person, character, disposition, education and experience, Duca is eminently qualified for this position as one who radiates the love and joy of Jesus Christ," the retiring bishop said. "He brings unique skills, training and expertise in areas of theology, spirituality, canon law, psychology, seminary and vocations ministry, health care, ecumenism and administration."

Muench assured his successor of his "personal support of him and to his anticipated ministry to the church in and of Baton Rouge."

"I was completely surprised by this appointment, and while I am sad to leave the good people of the Diocese of Shreveport, I accepted the appointment without reservation as I see this as the will of God in my life," Duca said in a statement.

Muench, who was ordained a priest on May 18, 1968, was installed as bishop of Baton Rouge on March 14, 2002, and has led the diocese since then. The church's ministry to young people has been a special area of concern to him, as was collaborating with the Archdiocese of New Orleans in the aftermath of Hurricane Katrina in 2005.

Prior to his installation as Baton Rouge's shepherd, he was the bishop of Covington in Kentucky for six years.

Duca, a native of Dallas, was ordained a priest on April 29, 1978, and served in a variety of capacities in the Diocese of Dallas before being ordained a bishop. He served as a parish priest, the vocations director, a campus minister, and the rector of a seminary.

Duca also served as the president of the National Association of Catholic Seminaries for two years.

The Diocese of Baton Rouge, which covers 12 civil parishes in south-central Louisiana, has a total population of just under 1 million, of whom 225,477 are Catholic.

"As written in the Book of Ecclesiastes, 'There is an appointed time for every purpose under the heavens,'" Muench said in his statement. "Two days ago at our cathedral, I had the honor to celebrate a Mass of thanksgiving to God, and to the people who have been an essential part of (my) 50 years as a priest.

"My 16 years of service as the fifth bishop of Baton Rouge have been a profound honor and joy," he continued. "I will forever hold the priests, deacons, vowed religious, seminarians, diocesan and parish administrators and staff, and dedicated lay faithful deep in heart and mind, in spirit and prayer."