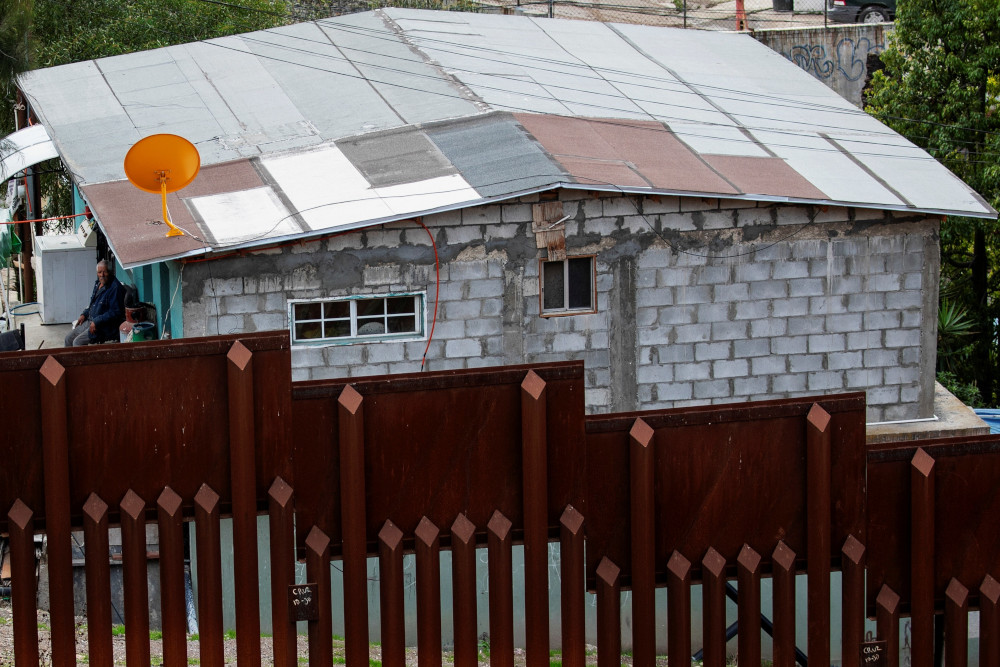 A person in Mexico sits on a porch just on the other side of the border wall with San Diego Feb. 2, 2021. (CNS/Reuters/Mike Blake)

While new U.S. President Joe Biden is still reviewing immigration directives from his predecessor, policy watchers expect a more immigrant-friendly path forward as well as help for some families adversely affected by Trump administration policies. But that path forward still is not clear.

Biden's team is said to be looking at creating a task force to reunite families separated at the border and reimagining the current asylum and immigration systems.

The administration is expected to order a change of some of Trump's most controversial policies, including what has become known as the Migrant Protection Protocols or MPP, also known as the "Remain in Mexico" program.

The policy kept those looking for asylum on the other side of the border until their cases could be adjudicated by U.S. immigration courts. Those with pending cases still will not be allowed in and the policy is not being immediately revoked.

On paper, public health measures to keep COVID-19 out of the United States by expelling migrants who cross the border illegally — a policy put in place by Trump administration officials — also seem to be staying put for the moment.

Biden's team also is looking for a way to reunite hundreds of children who remain separated from family.

Recently, a group of bishops, Catholic leaders and organizations that work along the U.S.-Mexico border reached out to offer help and their vision for immigration.

In a Jan. 28 letter addressed to Biden, five U.S. bishops, along with the Sisters of Mercy, the Hope Border Institute and other groups that signed on, voiced what they said they had witnessed in their work: "the same steady drying up of mutual concern, the disappearance of compassion and the troubling growth of the spirit of indifference."

"We are Catholics who minister to migrants at the U.S.-Mexico border, inspired by the invitation of Jesus of Nazareth to be peacemakers and servant leaders," the letter said. "With this letter, you will find several policy recommendations which we believe require urgent attention."

"But more importantly, we invite you to join us in a journey of healing, justice and reconciliation — a process of deep engagement with those whom we serve on the U.S.-Mexico border, and with the communities in the countries from which they come." 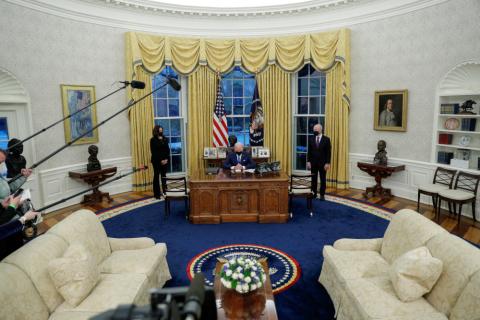 The border, where "national bonds of solidarity and the rule of law have both been distorted and undermined," might be a good place to heal a nation, in which "fear and anxiety can be quickened into deadly hatred of neighbor, into weapons of division and racism and into wall-building between family and friends," the letter said.

"Yet we are people of hope and we know that 'the Lord hears the cry of the poor.' Humble encounters with the poor and attentiveness to their needs and aspirations converts hearts and offers vision capable of motivating a new type of politics required by the present moment," it continued.

Starting the process toward better immigration policy requires seeing those waiting to the enter the U.S. at the border as "brothers and sisters in need" and enacting policies that help the countries where they come from.

Among some of the policy recommendations: restore asylum at the border; move away from policies focused on deterrence and "military-style strategies" and instead recognize "the rights and dignity of migrants and asylum-seekers"; work toward immigration reform; and address the social and economic factors that drive migration.

Among other signatories of the letter were the Kino Border Initiative; Catholic Charities of Southern New Mexico; Sr. Norma Pimentel, of Catholic Charities of the Rio Grande Valley; Sisters of Mercy of the Americas — Border Ministers and Immigrant Advocates; Sisters of Mercy of the Americas — Laredo, Texas; the Columban Center for Advocacy and Outreach; and the Jesuit Refugee Service/USA.

"We need grace to dream new dreams as well as repentance and courage to recognize all of the ways in which our country has produced harm and continues to harm migrants and their communities," the letter said.

"And we must come to see as citizens of a common home those in Mexico and Central America who imagine a future where their children are offered security and hope," it added.

It told Biden that his election as president "entrusts you with the responsibility of pursuing just policies as well as the important mandate to shape new life-giving narratives which can overcome hatred and fear."

"We pledge to work with you in this important task, and in discerning concrete ways to listen to the cry of the poor, to understand the plight of families and individuals forced to flee, and to work together boldly to reweave a common good which transcends borders," it said.