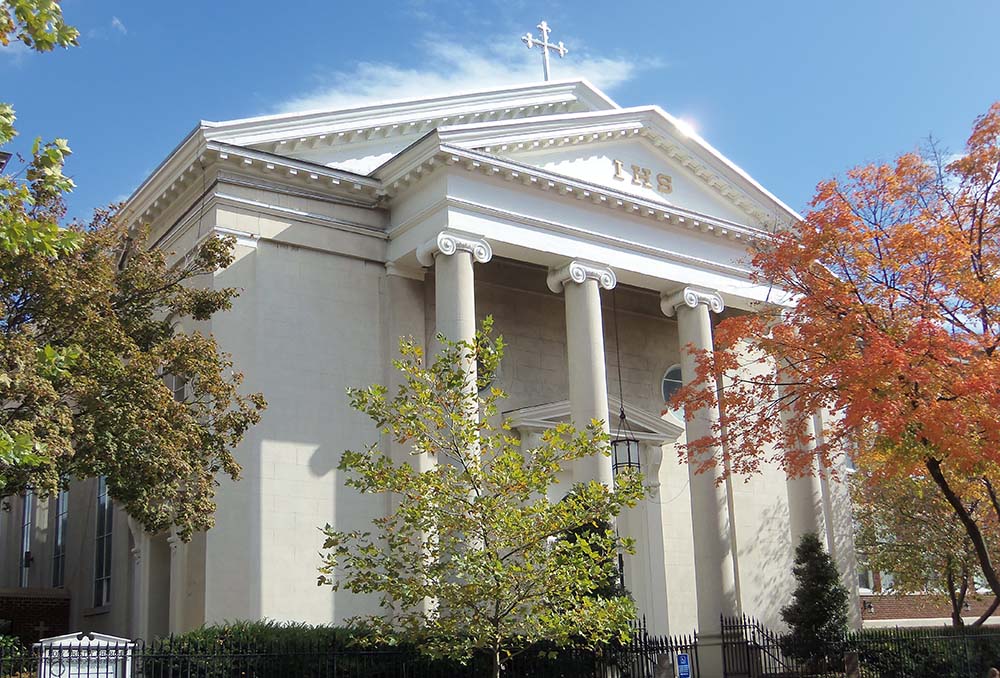 The Catholic parish in Washington that President Joe Biden often visits for Sunday Mass said in a statement following the contentious U.S. bishops' meeting that it has no plans to deny Communion to those participating in its liturgical celebrations.

Referencing the bishops' overwhelming June 18 decision to begin drafting a document originally conceived to address whether pro-choice Catholic politicians like Biden should receive Communion, the parish council of Holy Trinity Catholic Church said the parish has a "long history of welcoming all" to its Masses.

"Holy Trinity Catholic Church will not deny the Eucharist to persons presenting themselves to receive it," the council said in a posting on the parish's website.

"As Pope Francis recently reaffirmed, communion should be viewed 'not as a prize for the perfect, but as a powerful medicine and nourishment for the weak,' " the posting continued. "None of us, whether we stand in the pews or behind the altar, is worthy to receive it. The great gift of the Holy Eucharist is too sacred to be made a political issue."

Holy Trinity is a Jesuit-run parish in Washington's Georgetown neighborhood. Biden frequented the church while serving as vice president and has been attending services again since being inaugurated as president in January 2020.

The U.S. bishops' conference met virtually June 16-18 and focused much of their discussions on whether to go ahead with a plan for their doctrine committee to draft a document about Communion. After hours of openly contentious discussions, the bishops voted to go forward by a margin of 168-55, with six abstentions.

In the days since the vote, the conference has insisted that the document will not target Catholic politicians.

But as outlined by a Jan. 19 memo from conference president Archbishop José Gomez of Los Angeles, the original inspiration for the pending document came from a working group established to address "problems" raised by Biden being a pro-choice Catholic.

Holy Trinity referred in its statement to Washington Cardinal Wilton Gregory, who has said he has no plans to deny Biden Communion.

During the bishops' meeting, Gregory again reiterated his stance. He told the assembled prelates that he had been a U.S. bishop for 38 years and could not remember a time when the conference had been so divided over an issue. He said the plan to issue a document had "seriously weakened" the conference.

The parish statement said, "As the Holy Trinity Parish Council, we stand with our Archbishop, Cardinal Wilton Gregory, concerning the issues surrounding offering the Eucharist to American politicians."

"The recent vote has caused considerable desolation among our parishioners as well as Roman Catholics throughout the nation," it continued.

This story appears in the Bishops, Biden and Communion feature series. View the full series.
A version of this story appeared in the July 23-Aug 5, 2021 print issue under the headline: Biden's Catholic parish in DC says it won't deny Communion to Massgoers.