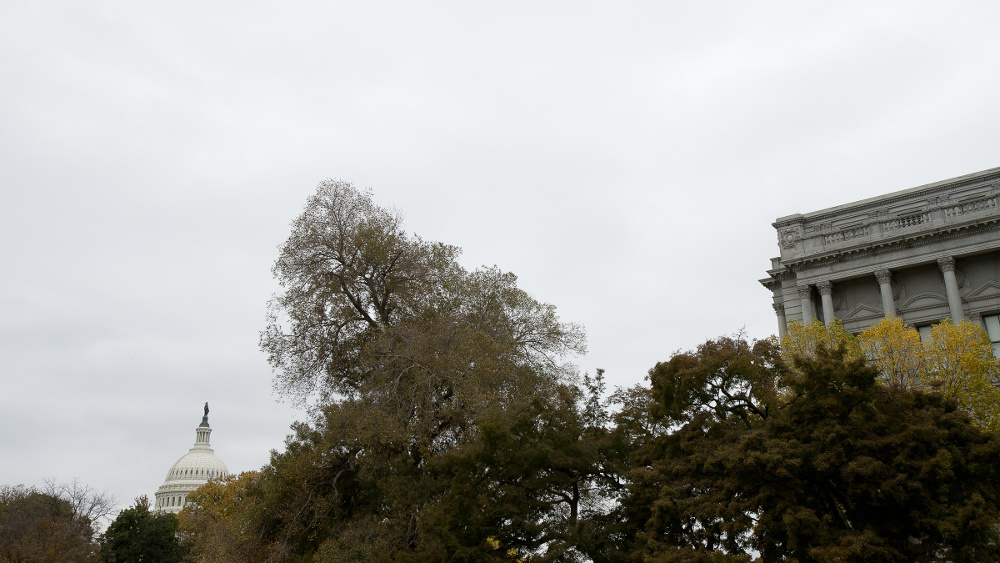 The 2,232-page version of the Consolidated Appropriations Act 2018 bill, or “spending omnibus” bill released late Wednesday night (March 21) does not include provisions of the Conscience Protection Act, for which the U.S. bishops had been lobbying.

The $1.6 trillion emergency spending bill is meant to keep the federal government running until the end of September and has to be passed by Friday night (Mach 23).

Pro-life advocates, including the U.S. bishops, had lobbied to have the bill include the Conscience Protection Act, which aims at protecting individual physicians, nurses or other health care professionals who refuse to assist in abortions when asked to do so by their employers.

The chairman of relevant bishops’ conference committees “reacted with deep disappointment” to news that the spending bill did not include the conscience protection language.

In a statement released Thursday (March 22) New York Cardinal Timothy M. Dolan, chairman of the Committee on Pro-Life Activities, and Louisville, Kentucky, Archbishop Joseph E. Kurtz, chairman of the religious liberty committee, called the Conscience Protection Act “an extraordinarily modest bill” that would “help ensure that no one is forced to participate in abortion.”

“Those inside and outside of Congress who worked to defeat the [Conscience Protection Act] have placed themselves squarely into the category of extremists who insist that all Americans must be forced to participate in the violent act of abortion,” Dolan and Kurtz said in their statement. “We call on Congress not to give up until this critical legislation is enacted.”

The chairmen of the U.S. bishops' pro-life and religious freedom committees have asked U.S. Catholics to contact members of Congress and urge them to enact the Conscience Protection Act as part of the funding bill for fiscal year 2018.

Congress faces a March 23 deadline to approve an omnibus appropriations measure that likely would fund the government through the fiscal year ending Sept. 30. Lawmakers will consider whether to include the Conscience Protection Act of 2017 in the bill.

"Increasing and fierce attacks on conscience rights regarding abortion cry out for an immediate remedy," said Cardinal Timothy Dolan of New York, chairman of the bishops' Committee on Pro-Life Activities, and Archbishop Joseph Kurtz of Louisville, Kentucky, chair of the Committee for Religious Liberty.

In a joint statement March 6, they urged Catholics to flood Congress with emails and calls asking for enactment of the measure and "to pray for this outcome." They expected Congress to take action the week of March 12.

Catholics were encouraged to reach their members of Congress in one of two ways: calling the U.S. Capitol switchboard at (202) 224-3121 and asking to be connected with their representative or senator; or sending them an email message via the Human Life Action website.

The Weldon Amendment, included in the annual appropriation for the Department of Health and Human Services since 2005, already allows health care providers as well as insurance plans to refuse to provide abortions, pay for them or refer women to abortion clinics.

The Conscience Protection Act is aimed at protecting individual physicians, nurses or other health care professionals who refuse to assist in abortions when asked to do so by their employers. It takes the core policy of Weldon — protecting those who decline to perform, pay for, refer for, or provide coverage for abortion — and writes it into permanent law.

"Opponents and supporters of abortion should be able to agree that no one should be forced to participate in abortion," Dolan and Kurtz said. "Congress must remedy this problem by enacting the Conscience Protection Act now as part of the fiscal year 2018 funding bill."

The measure was introduced in the House by Rep. Diane Black, R-Tennessee, and Rep. Jeff Fortenberry, R-Nebraska, and in the Senate by Sen. James Lankford, R-Oklahoma. The House passed an omnibus appropriations bill for fiscal year 2018 that includes the language of the Conscience Protection Act but the Senate didn't pass an appropriations bill.

In January, the civil rights office of the federal Department of Health and Human Services put in place new policies to protect conscience rights and religious freedom," a move that won praise from Dolan and Kurtz.

But they also said a legislative solution was needed.

"Conscience protection should not be subject to political whims, however. Permanent legislative relief is essential," they said in a Jan. 19 statement. They urged action on the Conscience Protection Act to give victims of discrimination "the ability to defend their rights in court."

"No one should be forced to violate their deeply held convictions about the sanctity of human life," they said.