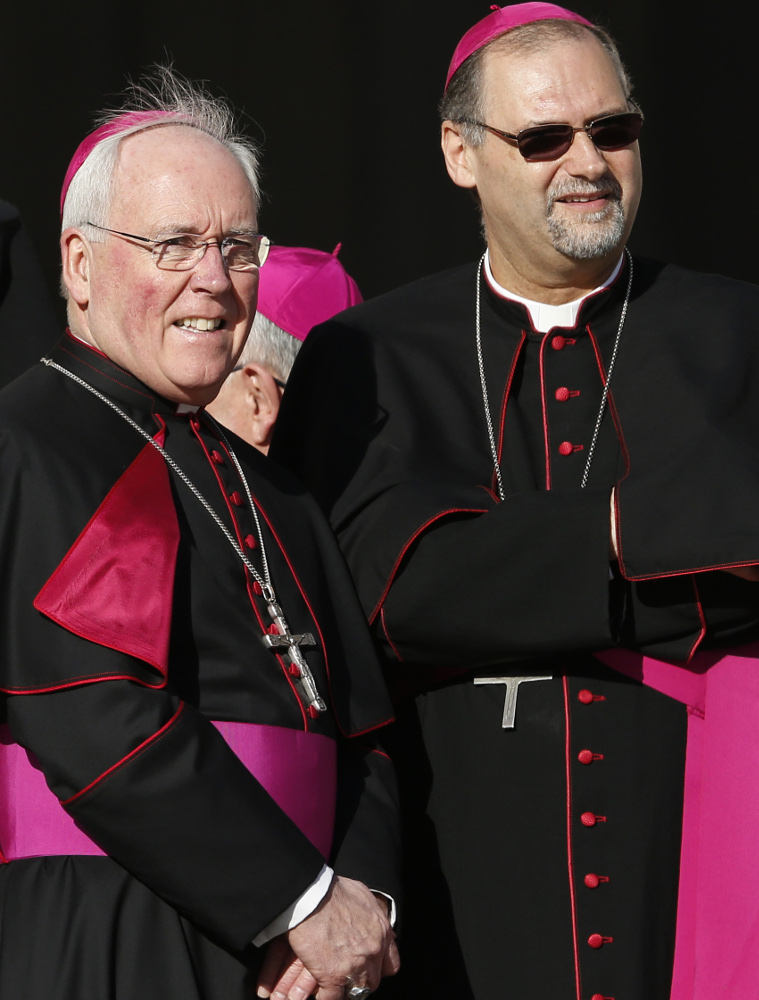 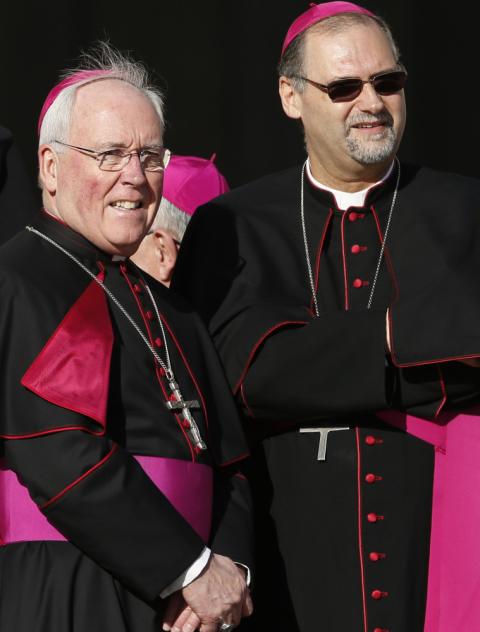 Buffalo Bishop Richard Malone told reporters at a news conference he held Nov. 5 outside Infant of Prague Church in Cheektowaga that at a meeting earlier in the day with the diocese's priests, two of them had asked him to resign.

The bishop acknowledged ongoing criticism over his handling of some clergy abuse complaints but said he has no plans to resign.

"I know that there may not be a high level of trust right now, but I do believe that working with others who continue to believe in me, we can steer through this storm into a calm sea," said Malone, who has headed the Buffalo Diocese since August 2012.

The day of the news conference the diocese added 36 names to a public list of priests with substantiated claims of sexual abuse of a child, bringing the number to 78.

Other actions by the diocese have included instituting an Independent Reconciliation and Compensation Program.

"We asked the victims to come forward. They have, and the numbers were overwhelming," Malone told reporters, adding that "the word 'tsunami' is not inappropriate" to describe the response.

Malone's news conference followed by a few days his on-air remarks to local radio hosts Tom Bauerle and David Bellavia of WBEN. During the show, he acknowledged he had made mistakes particularly in the cases of two priests, Fr. Robert Yetter and Fr. Art Smith, but overall, he said, he had a good record on responding to child abuse claims.

Yetter and Smith were featured in two segments aired in late August by WKBW-TV. The reports suggested that the bishop did not remove them from ministry after sex abuse allegations were made against them, and one of them may have received multiple chances to remain in active ministry, even after officials at a school documented worries that he showed sexual grooming behaviors toward children.

Yetter resigned Aug. 27 after a statement issued by the diocese said the bishop "asked for and received" the priest's resignation. The pastor of St. Mary Parish in Swormville was placed on administrative leave as an investigation continues, the diocese said.

Smith was removed from ministry by Buffalo's previous bishop after sending a Facebook message in 2011 that said "love you" to a minor, but was allowed to return to ministry at a nursing home in 2012, with Malone's permission after becoming Buffalo's bishop. However, the following year, the TV station report said, Smith heard confessions at a Catholic youth conference, even though a school administrator had told the diocese that he had been "grooming" children.

In an Aug. 22 statement, the diocese said: "In the case of Father Art Smith, previous issues involving boundaries with minors were carefully and properly addressed. He was eventually given limited faculties at a senior living facility but no parish assignment. It wasn't until March of this year that an allegation of sexual abuse of a minor was presented and immediately investigated.

"The claim was never ignored. Father Smith has been on administrative leave since April. At the recommendation of the Diocesan Review Board, Bishop Malone decided to forward Father Smith's case to the Congregation for the Doctrine of the Faith at the Vatican."